The District Attorney’s Office is working with the city commissioners to ensure a safe, secure election next month 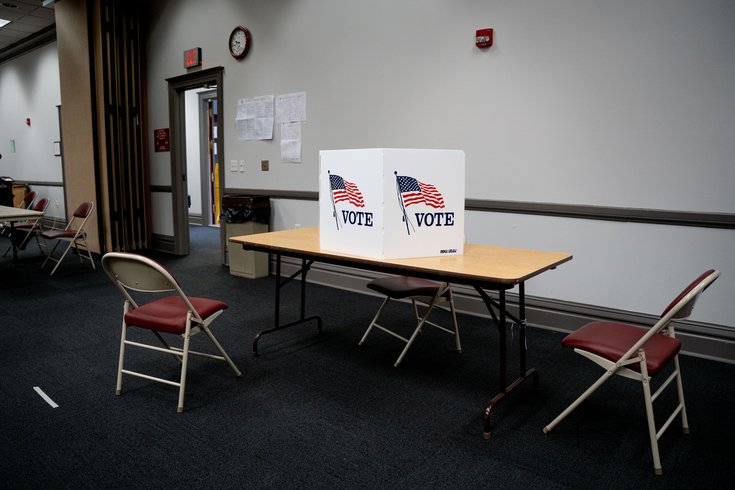 The public is encouraged to report any possible criminal threats to interfere with voting by calling the District Attorney’s Office’s election task force hotline at 215–686–9641.

With Election Day less than four weeks away, Philadelphia District Attorney Larry Krasner has activated a task force that will seek to prevent voter suppression and protect polling locations from potential violence across the city this fall.

The prosecutors and county detectives who will serve on the task force will be responsible for reviewing and investigating complaints through and beyond the Nov. 3 election due to the likelihood that an independently-certified election result will be delayed.

That’s because of the record-high number of voters submitting mail-in ballots this election due to the ongoing COVID-19 pandemic, Krasner said. According to state law, paper ballots cannot be counted until polls close at 8 p.m. on Election Day. That could delay the final results for days or weeks.

The task force will also seek to root out any voter misinformation tactics, which Krasner blamed the White House for instigating.

“President Trump repeatedly lies on national television about how elections are run in Philadelphia, because he knows that here in the Cradle of Liberty we will not stand for the continued degradation of our democracy,” Krasner said.

“My office will work alongside the City Commissioners and our partners in law enforcement, government, and community to ensure that no Philadelphian is intimidated, misled, threatened, or harmed as they cast their ballot.”

Krasner also denounced and warned against the deployment of armed militias at polling places this election season.

“Pennsylvania has among the most permissive gun laws in the Northeast, but we need to be clear: the Second Amendment does not protect private, unauthorized militia activity,” Krasner said.

“I don’t care if you are licensed and permitted to carry: You may not stand near the entrance of a satellite election office or polling location, or enter said location, brandishing a firearm in an attempt to menace voters or election workers. That is dangerous and anti-American behavior, and it will be prosecuted by my office.”

The public is encouraged to report any possible criminal threats to interfere with voting by calling the District Attorney’s Office’s election task force hotline at 215–686–9641 and the national nonpartisan Election Protection hotline at 866-OUR-VOTE.

“The Commissioners Office is responsible for what happens inside polling places, and the District Attorney’s Office is our partner on the outside,” said Lisa Deeley, chairwoman of the Philadelphia City Commissioners. “Together, we will make sure that Philadelphians have a good Election Day experience.”

Mail-in ballots are currently being mailed out to voters ahead of the Nov. 3 election. After completing the ballot, voters may either mail them back to election offices or drop them off in person at one of the seven satellite election offices that are open and operated by the city commissioners.

The offices allow residents to register to vote and request, receive, complete and submit a mail-in ballot – all in one visit. Ten additional satellite offices are expected to become available in the upcoming weeks as more staff completes training.

The deadline to apply for a mail-in ballot is Oct. 27th. Residents can apply to vote at an election office or online here.

Polling indicates that the race for Pennsylvania could be close. Biden currently leads Trump by an average of 7.1 points in the state, according to Real Clear Politics. In a recent NBC News/Marist College poll of likely voters, Biden leads Trump by 28 points in the Philly suburbs.