Wilmington makes its move to grow

City rebuilding its downtown, one Zipcar and Uber at a time 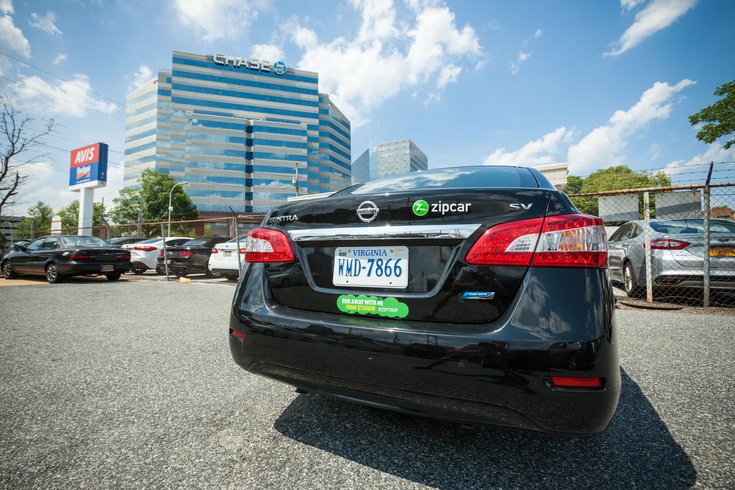 Zipcar is now available in Wilmington, Delaware. The cars can be found at the Avis, Budget and Enterprise rental car facility across from the central train station.

Once the seat of the powerful DuPont empire, time has been unkind to the city of Wilmington.

Scarred by riots following Martin Luther King’s assassination, which resulted in the longest military occupation of a U.S. city in the 20th century, and the DuPont company’s decision to move its manufacturing facilities elsewhere, the city, once over 80,000 in 1970, lost 10,000 residents in a single decade.

In the 1980s, state policymakers turned Wilmington’s downtown into a hub of the nascent credit card industry, helping to keep some jobs in the city. So while the working class continued to suffer the fallout of de-industrialization, Wilmington maintained some middle- and upper-class neighborhoods, and its city center remained occupied.

But it proved challenging to convince those workers employed downtown in finance and technical services to stick around after work, let alone put down roots. As of 2011, more than 85 percent of the people employed in the city lived outside its limits.

Now, local policymakers have announced a slate of new transportation amenities they hope will entice more companies to move job sites to Wilmington and more commuting white-collar workers to live in Wilmington.

In late May, SEPTA extended Regional Rail hours, and two weeks ago, the state struck a deal with Uber to legalize that car service, which is likely to be most relevant to Delaware’s only city. Last week, the car-sharing service Zipcar debuted eight vehicles in Wilmington.

“Now is a really good time to enter the Wilmington market,” said Anthony Vento, general manager for Zipcar in the Greater Philadelphia area. “As more residents look to stay in Wilmington for longer than just the work week, they are looking to live there and work there, and they might not necessarily need a car all [the] time.”

Zipcar’s debut is just the latest manifestation of a concerted effort by local business leaders to rebuild Wilmington’s middle class and convince more professionals to put down roots in the city.

Local policymakers hope to attract those who work and live elsewhere to Wilmington by strengthening connections to Philadelphia. Increased SEPTA Regional Rail service on the weekends and evenings is seen as a huge contributor to that goal.

“When you look at cities that have revived themselves, or have a thriving downtown, there is an increase in different ways of moving people around,” said David Sophrin, director of policy for Mayor Dennis Williams. “SEPTA extending the hours into the evenings is something that city leaders realized [was necessary] to be vibrant. A city needs to have evening and nighttime activities.”

Zipcar’s stations are concentrated in and around downtown and by the famous train station (pictured below), designed by Philadelphia architect Frank Furness. Not coincidentally, this is also the location of most of the new housing built since the beginning of this century. 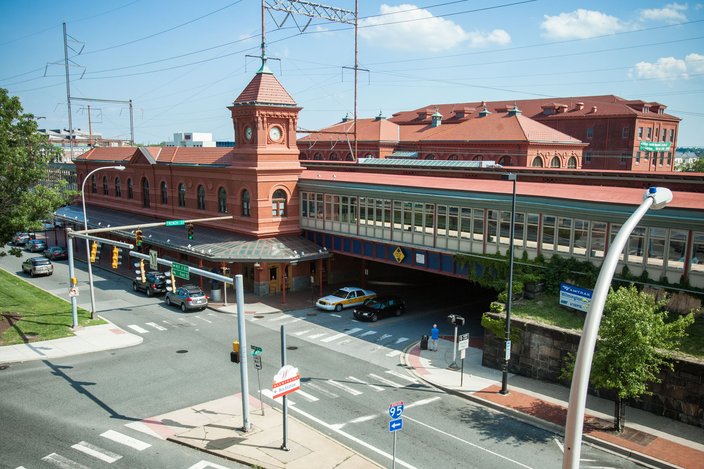 
The chief developer in Wilmington is the Buccini/Pollin Group, a real estate firm founded by two locals who returned after living in New York City. As of September, Buccini/Pollin will have 1,100 residential units in the city, mostly downtown and along the riverfront: 800 for rent, 200 hundred for homeownership. More than 230 additional units are planned for 2016, almost all of them Buccini/Pollin developments.

“It used to be that a high percentage of people living in our units were commuters,” leaving the city, said Mike Hare, senior vice president for development with the Buccini/Pollin Group. “But we are seeing more and more people move into the city to be proximate to their jobs. It’s the first time we are seeing [Wilmington’s residential trends] be reflective of more national trends.”

Ninety percent of the people occupying Buccini/Pollin units are new to the city, with 70 percent from outside the state and 20 percent moving from suburban Delaware. And the population of the city as a whole has inched above its 2010 number, according to the latest Census estimates.

But retaining white-collar workers as actual residents and attracting middle-class visitors is only part of Wilmington’s challenge. Despite its comparative prosperity, poverty and crime stalk the city’s lower-income neighborhoods. A rash of violent crime this year, far from downtown and the riverfront, has captured local headlines. Such bloody flare-ups are only the most visible manifestation of the inequities that haunt Wilmington, say urban policy experts. 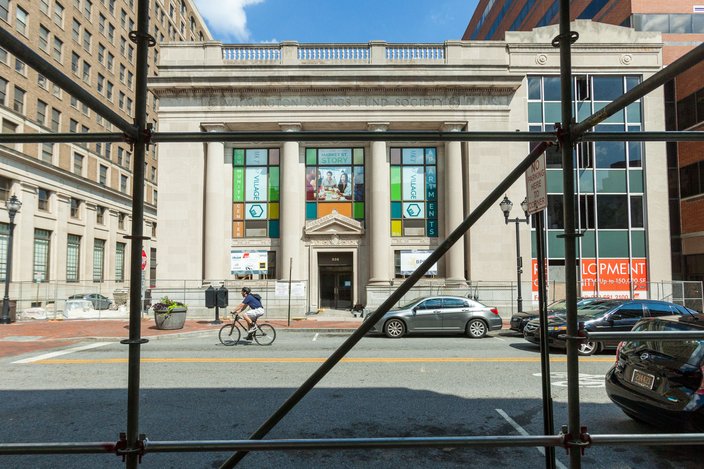 838 N. Market St., a former home of the Wilmington Savings Fund Society, is under development while being converted to new apartments in downtown Wilmington. (Thom Carroll/PhillyVoice)


“Wilmington has become a very polarized community economically, geographically and, sadly, racially,” said Alan Mallach, a senior fellow at the Center for Community Progress and author of a 2012 report on the region’s small cities for the Philadelphia Federal Reserve. “If the city and the state really focused on coming up with ways that [Wilmington’s central city rebirth] could generate additional jobs or business opportunities, they might benefit Wilmington residents more. But if the city and the state don’t have a real strategy to do that, the odds are most of those jobs will go to newcomers or suburbanites.”

The city’s working-class and lower-income neighborhoods, largely African-American and Latino, are mostly excluded from the white-collar economy downtown. Manufacturing and custodial jobs in the city have shrunk since 2010, and although there has been growth in the “accommodations and food services” sector, wages remain low. In 2011, the median family income for non-Hispanic white families in the city of Wilmington was $87,000; but for African-American families, it was $34,000.

“Attracting more predominantly white, well-to-do people is not a bad thing, but it doesn’t change these dynamics in itself,” Mallach said. “It would certainly make the downtown livelier, along with areas with distinctive housing quality, but it wouldn’t have much impact at all on working-class struggling Wilmington.”