Wilmington police not sure missing homicide suspect was inside fleeing car, chief says 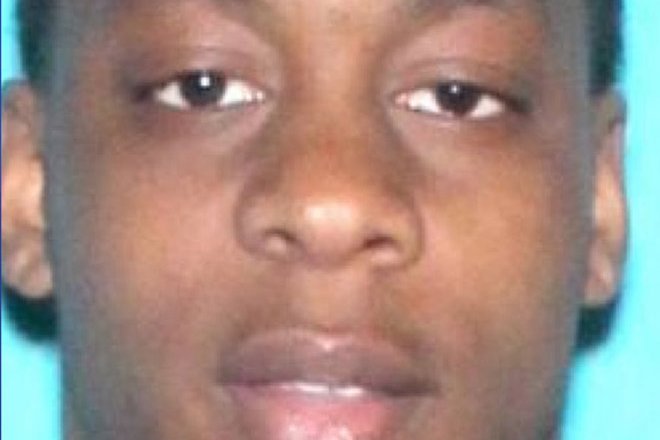 Dejuan Robinson, 20, is wanted for questioning in connection with two homicides in Wilmington, Delaware, according to authorities.

Two days after a Delaware homicide suspect was linked to a chaotic police chase and crash in South Philadelphia, authorities in Wilmington aren't certain the wanted man was inside the car they chased up I-95.

Dejuan Robinson, 20, is still at large after a black Acura was involved in two separate crashes Wednesday morning — one near Philadelphia International Airport and another at Oregon Avenue and Broad Street.

New pic of Dejuan Robinson. He is a person of interest for multiple homicides & probation violations in the state of DE, aluding police causing injuries & Firearms violations in PA. 5'6" 160lbs. Last seen South Phila. in the area of Broad and Oregon, and is armed & dangerous pic.twitter.com/N2KJupAqLW

At a press conference Thursday, Wilmington police chief Robert Tracy said he could not confirm whether Robinson was actually inside the vehicle pursued by his officers, according to NBC10.

"Whether he was in the car, I cannot confirm because we did not apprehend him," Tracy said.

Robinson, who is on probation for weapons violations, was being sought for questioning in connection with a pair of homicides in Wilmington.

Tracy said the chase was initiated after police received intelligence suggesting he was inside the car. Two passengers fled the vehicle after it crashed into a SEPTA bus in South Philadelphia. Police have yet to find either of them.

Philadelphia police, who have taken over the search for the suspects, scoured the area for hours but found no one connected to the vehicle.

Tracy said it was clear the driver of the Acura was "desperate" enough to flee from police. He added he would review the department's decision to pursue the vehicle in a high-speed chase.