Some schools to delay opening due to icy conditions 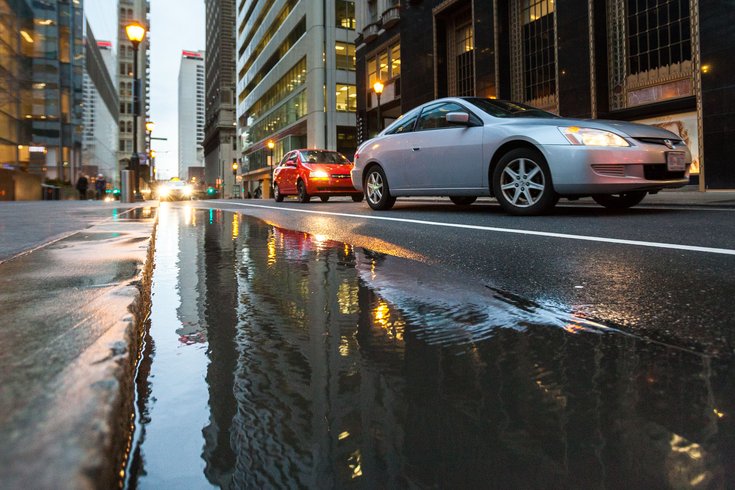 Water on 17th Street near JFK Boulevard on Monday, February 2.

Several area schools are announcing late starts on Tuesday due to Monday's plummeting temperatures following rain during the day.

Almost a dozen schools — mostly in Bucks County — announced the start of the school day would be delayed by two hours, ABC6 reported.

The decisions come after a number of serious weather-related accidents were reported Monday night.

NBC Philadelphia reported that a motorist was killed when a tree fell on top of his car near Villanova. A driver in Princeton, New Jersey, crashed into a tree due to weather conditions. Lincoln Drive was reportedly closed between Gypsy Lane and Rittenhouse Street., but has reopened.

Northwest wind gusts of 40 to 45 mph, accompanied by possible brief, scattered squalls could drop a new coating of snow on roads, according to the National Weather Service. Motorists should prepare for travel delays.

In Punxsutawney, Pennsylvania, the town's ceremonial groundhog saw his own shadow just before 7:30 a.m. Monday, which means six more weeks of winter, according to local legend.

The NWS forecast for the Philadelphia region for the next couple of days:

Tuesday: Mostly sunny, with a high near 23.

Tuesday night:  Partly cloudy, with a low around 18.

Wednesday: Mostly cloudy, with a high near 41.

Wednesday night: A chance of snow showers. Mostly cloudy, with a low around 21. Chance of precipitation is 30 percent.

Thursday: A chance of snow. Partly sunny, with a high near 29. Chance of precipitation is 30 percent.