The New Jersey native, who says he avoids Trump jokes, brings his act to Philly Thursday through Saturday 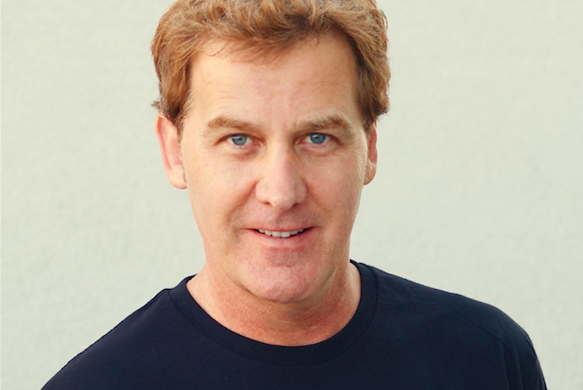 "As long as they know that you have balls, Philly digs you," said Jim Florentine, who appears Thursday through Saturday at Punch Line Philly.

Whenever you hear Jim Florentine’s crackling, flinty baritone voice, you brace yourself for something sarcastic. It could be his years on Comedy Central’s puppet-fueled "Crank Yankers," his near-decade-long "That Metal Show" on VH1, his snarky podcast "Comedy Metal Midgets," or his stand-up, the likes of which he’ll repeat from August 17 to August 19 at Punch Line Philly. You just expect him to crack wise – and not just on your foibles, but his own. If you can’t make light of yourself, making comedy is just not worth it.

“That’s why Rodney Dangerfield is one of my comedy heroes,” said Florentine.

“Watching Richard Pryor specials as a kid, then having my older brother take me to his movies and concert films was the start. But, as a stand-up, seeing Rodney Dangerfield do his thing was big. He was the first guy to really make fun of himself relentlessly. Look at his old Johnny Carson bits: they’re hilarious.”

Florentine isn’t just a fan of Dangerfield’s self-deprecation. He also appreciates the manner in which the legend (“with no respect, he still doesn’t get it”) plied his trade.

“Like him, I started in bars where people are looking to not pay attention to you, so you have to find a way to get to them quick. His style was my style. I get that.”

Finding his voice on stage within a decade of his start meant that Florentine had to become “more open and honest with myself and my audiences so that we could relate to each other.” It meant coming to terms with his [then] long-held Catholic guilt.

“I’m probably zero Catholic now, but I was full-on growing up; Catholic school, the whole bit. I lost my way when I was about 20, 21, discovered sex and got over the guilt of having it.”

Florentine’s deeply caustic comedy also benefitted from the punch-to-the-gut feel of heavy metal rock-n-roll that he loved since childhood.

“That was my music growing up…still is, that energy,” he said, segueing into a brief discussion of his VH1 Network "That Metal Show," which ended in 2015.

“That was their show,” he said of the genre’s heads. “Every Saturday night, metal fans made that a thing, and I am proud and happy to have been there.” Yes, Florentine still gets devil horns of appreciation for his time-in to metal and its’ promotion.

“I still go to shows and people always come up to me to talk about metal.”

Anti-Catholic rage, heavy metal thunder and dangerous levels of Dangerfield-ian self-deprecation made Florentine into a bitingly edgy comedian with a fantastic dark side (and fans in Howard Stern and Eminem). The Florentine edge was so bleak and cutting that he is one of the few comics whose pilot got turned down by Comedy Central for being too mean-spirited; and this was after his network success at "Crank Yankers" as Special Ed.

“With that 'Meet the Creeps' pilot, we were ahead of our time,” Florentine said of his self-created hidden camera series whose DVDs can be purchased on his website, along with other albums and specials.

“Now, you can’t be mean enough. Look at Tosh. I think people were a little sensitive at that time. Plus, we never revealed that we were a hidden camera show after we pranked them. We faded to black. That was pretty bleak. I don’t like to show the strings or make it have a happy ending like some lame romantic comedy.”

The process of how Florentine comes up with new stand-up sets comes down to a matter of having experiences, processing them, then getting on a stage as quickly as possible to work it out.

I don’t think people are going to comedy clubs for Trump jokes – they’re coming to get away from them, because every day, he’s doing something crazy. It’s like telling stale Polish jokes at this point.”

“Or not work it out,” he said. “You get in front of audiences with new material and you don’t know what’s going to click. You might think it’s amazing, then the crowd just stares at you.”

So, Florentine tapes every show he tests while mining for gold in a process of elimination and builds on the bits that gauge the most reaction. “Then, I Frankenstein all that together.”

One monster he won’t let into his Frankenstein process is Donald Trump, or much of politics in general.

“I don’t think you have to take a stand,” said Florentine. “I think you can just get up there and tell jokes. At this point, I don’t think people are going to comedy clubs for Trump jokes – they’re coming to get away from them, because every day, he’s doing something crazy. It’s like telling stale Polish jokes at this point.”

Before coming to town this week, Florentine reminds me that he’s a Central New Jersey native who spent plenty of time in the Philadelphia area’s clubs.

“It was always like a second home to me, so I’m always ready to come to Philly,” he said. “Is it a tough comedy town? Not if you have the right persona. As long as they know that you have balls, Philly digs you.”