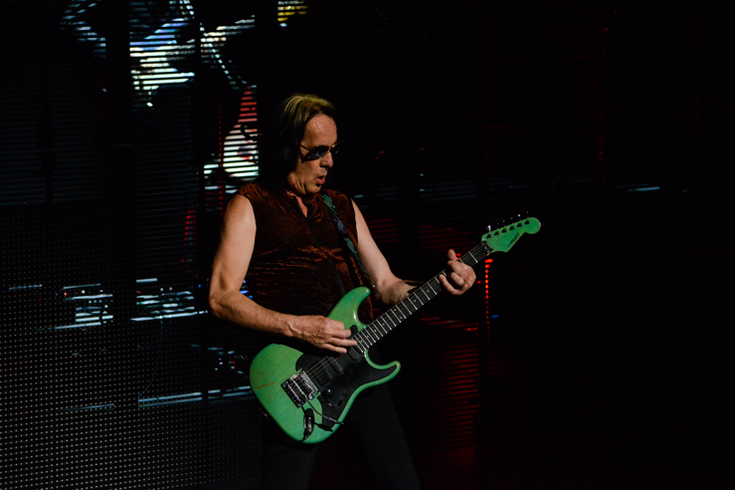 Todd Rundgren performs with Yes and Carl Palmer’s ELP Legacy as part of Yestival on Thursday, August 10 at the Tower Theatre in Upper Darby.

As an icon of aggressively shifting genres, Upper Darby-born Todd Rundgren is unparalleled. Fifty years since he formed the psychedelic The Nazz in Philly, Rundgren has gone through more changes than the weather. As a the solo artist, his first several recordings – alone – found him jumping through Carole King-ish singer/songwriter pop (1970’s “Runt”), sumptuous blue-eyed soul (1972’s epic “Something/Anything”), electro-pop and R&B (1973’s “A Wizard/A True Star”) and progressive rock with metal touches (1974’s “Todd”) – all featuring archly sardonic lyrics and an emotive falsetto that could break your heart. When taken as a whole, these first albums set a palate for the remainder of his career.

RELATED:  Yes to play with Todd Rundgren in singer's hometown

Touch upon 1989’s “Nearly Human,” 2015’s “Global” and every Todd-ism around them, and each is a splendid mix of all-of-the-above, with enough twists to make them bristlingly unique (this says nothing of a career producing platinum albums for Meat Loaf, Patti Smith and more). Now, with the collaborative “White Knight” album, a place at the center of August 10’s “Yestival” showcase at the Tower Theatre (between Yes and Carl Palmer’s ELP) and another tour of duty playing in Ringo Starr’s All-Stars this autumn, Rundgren has many new things to do.

“The White Knight 'show' is new as of this spring, but I have at least two other sets we can do,” said Rundgren, regarding live tours of the last two years featuring a tight rock-n-soul quartet, an EDM set featuring dancing girls, and now, a prog set to rep his time with Utopia along with his new album. 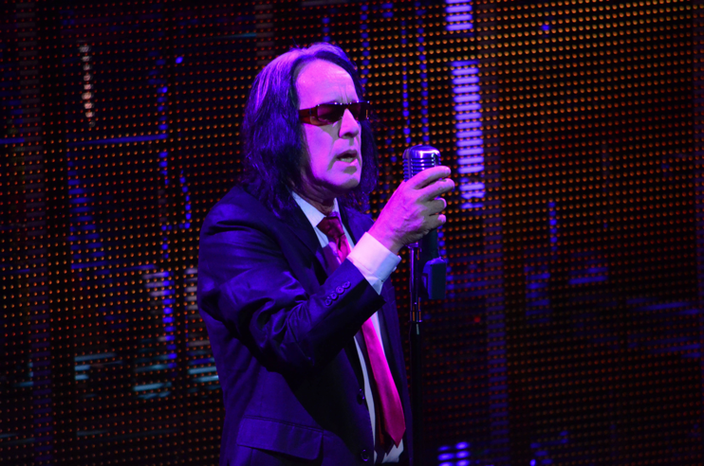 “One is the typical sort of retrospective that agrees with the older fans’ sensibilities. The other is 'An Unpredictable Evening' which is loose and silly. For Yestival, we’ve had to reduce the show by half,” he said of losing some video elements, “but still contains the germs of the EDM shows I did for 'State' and 'Global.'”


As far as keeping tour-flags-flying, Rundgren is savvy to the changing winds of the music biz, as he (like most artists) has no long-term label contract and must sing (out) for his supper.

“How else am I supposed to make a living?” he quizzed. “I don’t have many evergreen annuities, nor do I have an old-fashioned record deal. Cleopatra (the label behind White Knight) approached me with an opportunity to try a different direction and something new to perform. The new paradigm requires you to perform in some context because recorded music has become ephemeral.”'

As far as fitting snugly into the prog mold of the Yestival tour, Rundgren is an old hand at the genre, what with 1974’s “Todd” and forming his muscularly prog-ish Utopia that same year.

“Utopia was formed, in part, by the fact that I was moving away from the guitar as a compositional tool and using the studio itself as a palette. I was always more comfortable playing guitar live and needed to create a context for it, thus Utopia.”

As for the ornate complexity of prog and its stigma of pretension, then and now, Rundgren laughed.

“Maybe the lyrical themes sometimes invited ridicule because they ranged from obtuse poetry to tales of gnomes at Stonehenge. Most people still find love songs more accessible than say [Yes'] 'Roundabout,' but a hook is a hook and you can sing along with that even though you have no idea what the words mean.”

If anyone knows from hooks, it’s Rundgren.

The concept behind “White Knight” might not be simple – collaborations with some of his best friends and most desired accompanists such as Daryl Hall, Trent Reznor, Joe Walsh, Robyn and Donald Fagen, among others; often with Rundgren playing rather than singing a la the typical duets album – but each song of his is more melodic than the next.

Talking about writing with specific collaborators in mind (e.g. the industrial “Deaf Ears” for Reznor, the creamy “Chance for Us” for fellow Philly-ite Hall), Rundgren says being home in Hawaii made “White Knight” a breeze.

Such an approach led to the most controversial song on the new album, “Tin Foil Hat,” with Steely Dan’s Donald Fagen and dedicated to Rundgren’s least favorite topic: the presidency of Donald Trump."

“The isolation of Kauai can be great for my style of writing, but since I see writing and recording as almost the same process, the remoteness of other artists made it simpler to just record everything myself," he said.

After eschewing the usual duets approach (“I wanted others’ contribution to be symmetrical so that we weren’t stepping on each other”), Rundgren and Co. went for collective input, rather than one auteur’s dictate. Such an approach led to the most controversial song on the new album, “Tin Foil Hat,” with Steely Dan’s Donald Fagen and dedicated to Rundgren’s least favorite topic: the presidency of Donald Trump.

“We wrote the lyrics in a few sessions and recorded vocals in an hour,” said Rundgren of the pair’s lithesome harmonies and lyrics featuring more Trump-isms than a morning Twitter session.

“We had two full pages of Trumpisms to work with. Just figuring how to make it all rhyme took most of our time. When we were done, it felt like therapy. Probably could have gotten off scot free if not for the video.”

That video, with Rundgren dressed as a monkey in a tin hat, repeated the visual motifs of lyrics with the President coming off even more like a goofball. For this, Rundgren was interviewed by Fox News (and made fools of its’ anchors) and occasionally heckled by early Yestival concert goers.

“I’m not really that political,” said Rundgren. “It’s just astounding that someone is able to fool so many seemingly ‘normal’ people. Turns out there were a lot of closet sub-humans lurking in the shadows. At the same time, I get a lot of thanks from people who are also frustrated and don’t know what to do but feel better after we have a little laugh over it.”

Besides, it’s not as if Rundgren hasn’t faced this sort of aggravation in the past. He dissed Jesse Helms with “Jesse,” and the art of politics in “Liars,” and “Swing to the Right.” Rundgren is used to trouble.

“People get equally pissed if I don’t play 'Bang the Drum All Day.' You can’t help that people stopped paying attention 40 years ago and think nothing has changed.”