Yes to play with Todd Rundgren in singer's hometown

The Rock Hall of Fame newbies dish on the band's love for Philly, underrated prog rock and why they pass on grass 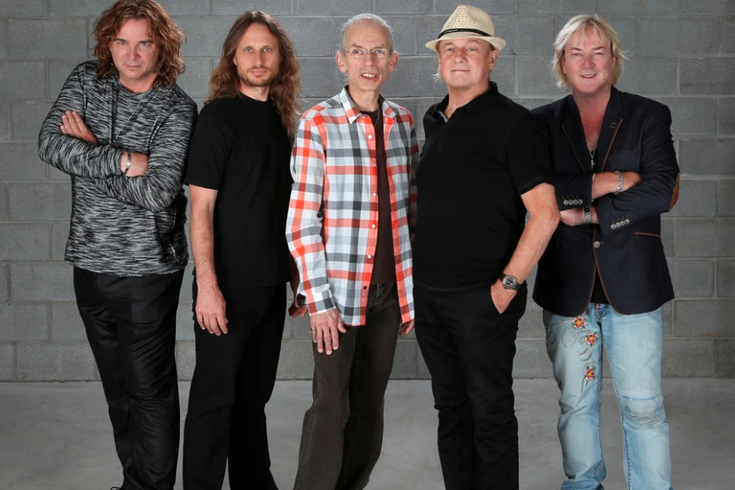 The wait is over. Yes makes their fourth stop along their summer tour in Philly tomorrow night with Upper Darby native Todd Rundgren.

If you're a fan, you probably know, as bands go, Yes has the reputation for being pretty straight-laced. During the psychedelic 60s and 70s, when bands like the Grateful Dead and Jefferson Airplane were telling audiences to expand their minds, Yes was focused on one thing – producing positive progressive rock records.

Although some members of the English rock band aren’t known for being big into drugs in their heyday, some say they have created some of the best music to listen to on drugs.

During a recent interview with drummer Alan White, who will be performing with Yes Tuesday night at the Tower Theatre, we tested this theory. White chuckled.

“In the 70s, a lot of people were smoking cannabis or weed and stuff like that, and I guess it was the kind of music that was along the landscapes, musically, where you could envision yourself – that was the reason,” he said.

“But frankly, the band was never that spaced out when we were writing the music…Certainly on stage now, you can’t go on stage in any state of inebriation. The music is too complicated to play on stage.”

White and fellow bandmates Steve Howe (guitarist) Geoff Downes (keyboards) Jon Davison (vocals) and Billy Sherwood (bass/vocals) will treat fans to such hits as “Roundabout,” “Starship Trooper” and a number of other gems off every album from Yes’ 1969 “Yes” to 1980’s “Drama.”

“Philly is one of my favorite cities,” White said.

“Philadelphia was the first place Yes broke out into the American circuit. There was a DJ there called Ed Sciaky – he was the first guy to start playing Yes on regular rotation.”

Asked the origin of the band’s name, White said it’s a simpler concept than one might imagine.

“Actually, Peter Banks, the original guitar player, came up with the name. Basically, the reason for being called ‘Yes’ was very, very simple. It was the most positive word in the English language."

As Yes approaches its 50th anniversary next year, they’ll celebrate that milestone by continuing to tour, with plans for a European stint this winter followed by another jaunt back to the U.S. next summer.

After nearly a half century of making music, in the spring of 2017, Yes was finally inducted into the Rock and Roll Hall of Fame. Several of their contemporaries had made it into the Hall years earlier, including Rush in 2013, giving rise to speculation the powers that be had reservations or even prejudices against progressive rock.

“Recently, there has been more prog-type bands that have made it into the Hall of Fame, like Genesis. I went to the induction when Rush got in a few years ago and I was talking to the guys in Rush, and they said, ‘We can’t understand why you guys are not in the Hall of Fame and we are.’”

Tickets are currently on sale for Yestival, Tuesday, Aug. 8 at the Tower Theatre.