311 explains why Fyre Fest was so disastrous in the Bahamas

The band touts its new album, offers love for Philly and explains why Fyre Fest in the Bahamas crumbled this spring 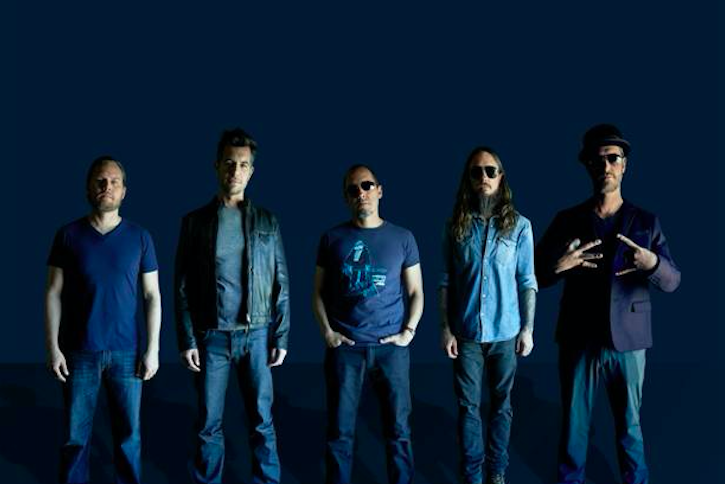 Expect another “Sunset in July” when 311 rocks the Festival Pier stage at Penn’s Landing this Friday.

Showcasing their 12th studio album titled, “Mosaic,” the Omaha, Nebraska-based rock band makes a stop in Philadelphia in the middle of its summer 2017 worldwide tour and audiences can expect a mix of new hits and classic favorites like "Down," "All Mixed Up," "Come Original," Amber" and the like.

311 DJ and vocalist S.A. Martinez recently indulged PhillyVoice for an interview to preview the band’s upcoming appearance, tout their new album, and weigh in on spring 2017’s flop of a Fyre Festival put on by New York entrepreneur Billy McFarland and rapper Ja Rule.

The band knows a little something about concerts in the Caribbean. Beginning in the spring of 2011, 311 began hosting an annual Caribbean Cruise featuring live music over four days. A cruise set sail from Miami to Turks and Caicos and fans were promised performances from a variety of bands. Unlike Fyre Fest, where flights carrying passengers took off from Miami and landed in Great Exuma, the Caribbean Cruises were largely a success.

Martinez said planning parties overseas of that magnitude is all about preparation and knowing your market.

“We’ve done several shows where we thought that they weren’t ready for this, that or the other, especially back in the day when you’re still getting traction, and maybe a promoter didn’t think it was necessary to have a barricade or something that would ensure safety,” he said.

“When you’re putting on a show or promoting a show, you really need to do your homework and be in touch with the acts performing and listen to what they’re requesting. Otherwise, yeah, they’re going to pull out if they think there is going to be no communication and that’s really what it comes down to.”

311 has often toured with and is friendly with Blink 182, the headlining band that pulled out of Fyre Fest. Days after things began to look bleak in Exuma, Blink 182 alerted their fans on Twitter that they were worried festival organizers would not be able to provide the production needed for their performance. News came as a blow to festival-goers, some who had paid as much as $250,000 for “lavish VIP” packages.

“When it came to that festival, I didn’t know too much about it other than it sounded like they were in over their heads from a lot of perspectives,” Martinez said.

“Hey, even Coachella – for the first few years they did that – they lost a lot of money. Organizers are not always going to think things through all the way, especially if you’re a new festival, you’re paying top dollar for entertainment. There’s no guarantee you’re going to make that back. It’s an investment over time, but yeah, that’s unfortunate for people to go anywhere and not get what you were sold.”

Another thing that can be said for Martinez, however, is his optimism and apparent love for Philadelphia. In most cases, musicians rarely get the chance to get out and enjoy themselves in cities while on tour. Martinez said he tries to even make it to perusing local record stores.

“I just want to say how much I love Philadelphia. It’s a living museum. I absolutely love Philly soul,” he said.

“There’s so much music over the years that I’ve been turned onto…Philly is one of the most fun stops on any tour, so it’s a mutual admiration day.”