Jill Scott, Sister Sledge, Labelle and others were this year's inductees

It's ladies' night every Saturday night for Bob Pantano, a/k/a "Mr. Saturday Night," and this year, women rule not only the airwaves, but the Philadelphia Music Walk of Fame, class of 2017.

Pantano said he’s seen everything from bomb scares to fist fights to heart attacks in his 40-plus years as “Mr. Saturday Night” – as well as the familiar smiles and laughs that come with being the host of 98.1-FM WOGL's “Saturday Night Dance Party.”

“It’s all part of every show. For me, entertaining people, having fun, seeing their faces and just reminiscing,” Pantano told PhillyVoice Thursday, when he and seven other artists were inducted into the Philadelphia Music Alliance’s Walk of Fame. 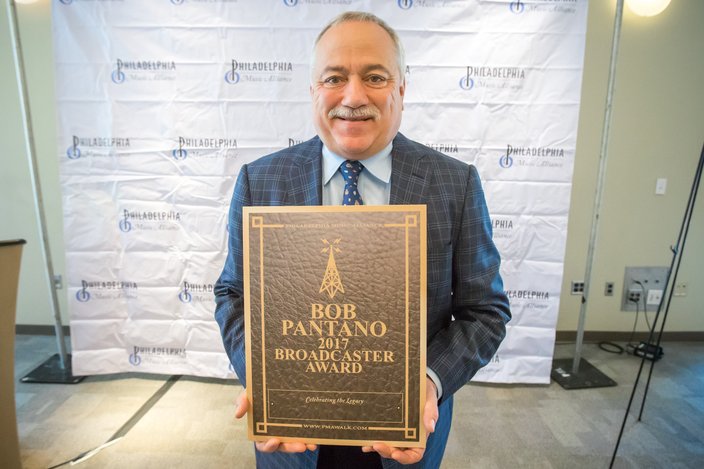 Bob Pantano, host of the “Saturday Night Dance Party” program on 98.1 WOGL was presented with the “2017 Broadcaster Award.”

Jill Scott, Sister Sledge, Labelle (Patti LaBelle, Sarah Dash and Nona Hendryx), McFadden & Whitehead, Sister Rosetta Tharpe, The Soul Survivors and Chris Schwartz of Ruffhouse Records were part of the Philadelphia Music Alliance’s class of 2017. Honorees will have their plaques installed into the sidewalk along the Avenue of the Arts (South Broad Street) during a ceremony on Oct. 4. 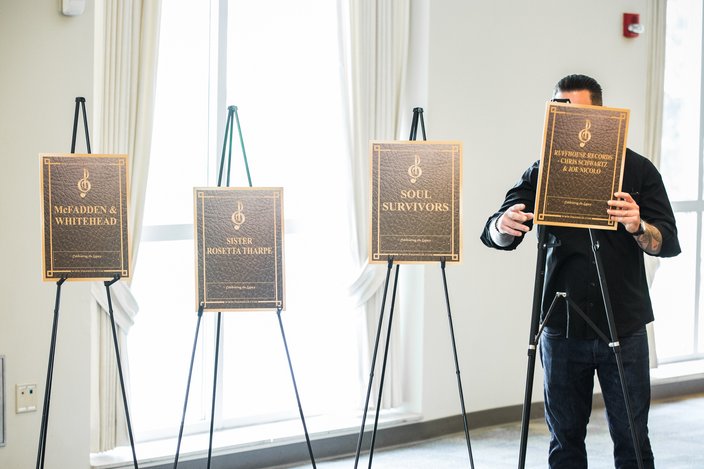 The most recent artists to be added to the Philadelphia Music Walk of Fame were announced Thursday, August 3, 2017, at an event at the Independence Visitor's Center.

“1967 – 50 years ago, I went to Temple University – I was a graduate of bishop Neumann [Saints John Neumann and Maria Goretti Catholic High School] now here I am in the walk of fame!”


The high school falls within the 1st district, overseen by City Councilman Mark Squilla, who was in attendance during Thursday’s press announcement at Independence Visitor's Center.

Asked his favorite music to play on WOGL, Pantano said,

“I’m a big Smokey Robinson fan, I must say.”

“Philadelphia has long been a music mecca, and once again, our inductees demonstrate Philadelphia’s musical dominance,” said Mia Tinari, PMA’s vice chair. “This year’s inductees represent a mixture of powerhouse vocals, signature anthems and soulful vibes, spiritual lyrics and productions firsts within R&B, pop and rock and roll genres. We’re thrilled that these inductees represent over eight decades of music history and excellence. Even more inspiring, women dominate this year’s list of inductees.”

Each inductee will have their name officially added to the Walk of Fame during a ceremony and gala in the fall at the Fillmore. Tickets are on sale now.