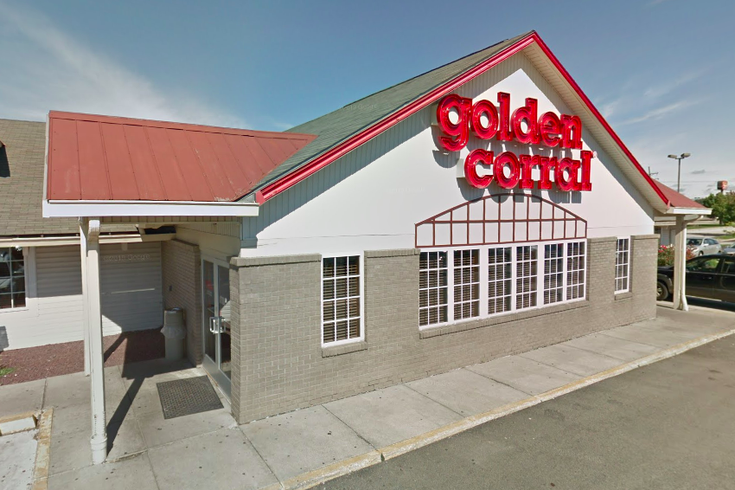 An Erie, Pennsylvania woman was kicked out of a Golden Corral all-you-can-eat buffet restaurant for wearing a tank top that a manager said was too revealing.

A woman was kicked out of a Golden Corral all-you-can-eat buffet restaurant in Erie, Pennsylvania, while she celebrated her son's birthday last week because she was "dressed too provocatively," according to her now-viral Facebook post.

Sueretta Emke was at the restaurant with her husband, young son, and another family after celebrating her son's birthday at a Chuck E. Cheese's arcade and visiting the Erie Zoo. In a May 29 Facebook post, Emke said she was serving herself at the buffet when a manager approached her, saying that a customer had complained that the crop top she was wearing was too revealing.

"I was approached by a manager and told I was dressed 'too provocatively' and another customer had complained so I needed to put something else on or leave," she wrote.

"After everything we were forced to leave," she continued. "They have no dress code and even if they did they just cant pick n choose who they are going to make up a dress code (for) or enforce (it) on based on another customer complaint. I have seen people in there wearing less and nothing is said to them but I really do believe something was said to me because im not thin so it's not considered sexy."

The post included a photo of the tank top Emke said she was wearing during the incident.

"What really sucks was that was a new shirt," she wrote. "I've never owned a crop top before and I was nervous at first about wearing it but my husband loved the way it looked on me and encouraged me to wear it since I liked it so much. I really felt cute in it and now I never wanna wear that shirt again even though it was the first time I ever wore it and I felt good about my self in it."

Golden Corral has not commented publicly on the incident, however Emke later said she called the buffet's district manager, who apologized and gave her multiple gift cards. She also said in the Facebook post that she was told the employees at the Erie restaurant would be trained on how to deal with situations like this moving forward.

"I hope there will be a day that no one is treated this way," she wrote. "But until then I'll just keep trying to change the world for the better of ALL people ... and hey the gift cards are a nice touch."