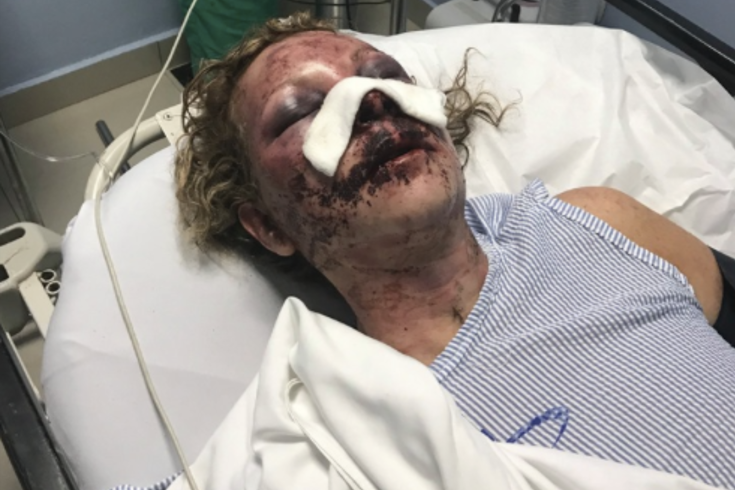 Tammy Lawrence-Daley, 51, of Wilmington, was severely injured in an assault while vacationing in the Dominican Republic in late January. She's now warning women to take extra precaution when traveling.

Authorities in the Dominican Republic have called into question the story of a Wilmington woman who said she was savagely beaten while staying at a resort in Punta Cana in January.

Tammy Lawrence-Daley garnered international headlines last week when she came forward on Facebook with her account of an attack at the all-inclusive Majestic Elegance resort.

In Lawrence-Daley's post, accompanied by gruesome hospital photos of her injuries, she says a staff member of Majestic Elegance strangled and viciously beat her when she ventured between the hotel's lobbies for a late night snack. Lawrence-Daley said she was dragged into a maintenance room and left there for eight hours before she was found and taken to receive medical care.

"There is a lot of conjecture about the case, a lot of information that doesn't match some of the statements," Durán said, according to CBS News. "We have to wait for the investigation to end."

The U.S. State Department said last week that it is aware of the case and continues to monitor it closely.

Majestic Elegance and its parent company, Majestic Resorts, have yet to publicly comment on Lawrence-Daley's allegation that a staff member was responsible for the attack. The insurance company representing the resort reportedly sent a letter claiming Majestic Elegance bore no responsibility for the attack because the identity of the attacker could not be proven, according to the New York Post.

Lawrence-Daley and her husband, Christopher, claim Dominican police have mishandled the investigation from the start and have not been forthcoming about a police report they say was filed at the time of the incident.

The attack became public after three months when the family's attempts to negotiate a settlement with the resort reportedly fell through.

The Associated Press reported Lawrence-Daley has until July to hire an attorney in the Dominican Republic to pick up her case. Police had said she must testify in a local court in order for an investigation to be launched. Lawrence-Daley and her husband claim that testimony was given before they flew home to the United States.