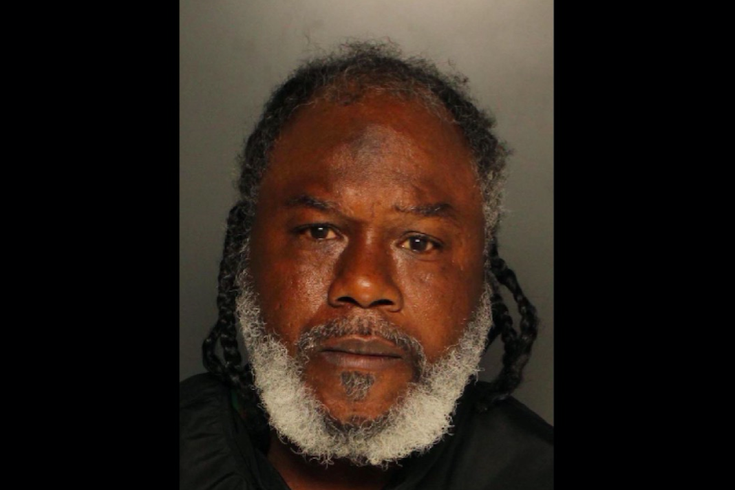 Meldrick Taylor, 52, faces aggravated assault and related charges in connection with an incident on June 3, 2019 in Strawberry Mansion. The Philadelphia native and former IBF junior welterweight champion was once regarded among the best professional boxers in the world.

Former professional boxer and Philadelphia-native Meldrick Taylor was arrested Tuesday after he allegedly pulled a gun on a man and tried evict him from an apartment in the city's Strawberry Mansion neighborhood, police said.

Police said the 26-year-old man and his friend returned home on the same block at around 11 p.m. Once inside, the first floor apartment door opened, and the man said Taylor told him he needed to vacate the property by the morning.

The 26-year-old responded by telling the former boxer that he needed to give 30-days notice prior to eviction, according to police. Taylor then allegedly pulled out a silver revolver and pointed it in the man's direction.

When police were called to the scene, Taylor refused to come out of the apartment, resulting in a 90-minute standoff before Taylor eventually surrendered to SWAT officers without further incident.

Taylor, 52, was a prodigy in the boxing world in the mid-1980's, winning a gold medal in the featherweight division at the 1984 Summer Olympics in Los Angeles when he was just 17 years old. He went pro the following year and rose to claim the IBF junior welterweight title in 1988, holding it for a two-year run until 1990.

In his most widely publicized fight, Taylor challenged undefeated Mexican star Julio Cezar Chavez in Las Vegas in 1990. Leading on two judge's cards after 11 rounds, a dazed Taylor lost suddenly when Chavez was awarded the match by TKO. The call came with just two seconds remaining in the final round, turning the bout into one of the most controversial moments in the history of professional boxing.

Taylor went on to win the WBA welterweight title in 1991 and continued boxing with lesser acclaim until his retirement in 2002. He finished with a record of 38-8-1.

Monday's incident is not Taylor's first brush with the law. He pleaded guilty in 1998 to insurance fraud after he claimed his $84,000 Mercedes convertible had been stolen in 1994. He was working as a minister at the time at a Cheltenham church called the University of Practical Knowledge, according to the Associated Press.

Then in 2000, he pleaded guilty to indecent assault and unlawful restraint charges, serving 23 months of house arrest and three years of probation.

In the Strawberry Mansion case, Taylor is charged with aggravated assault, possession of an instrument of crime, terroristic threats and related offenses.