Camden's revival: Finally, a revitalization formula that is working 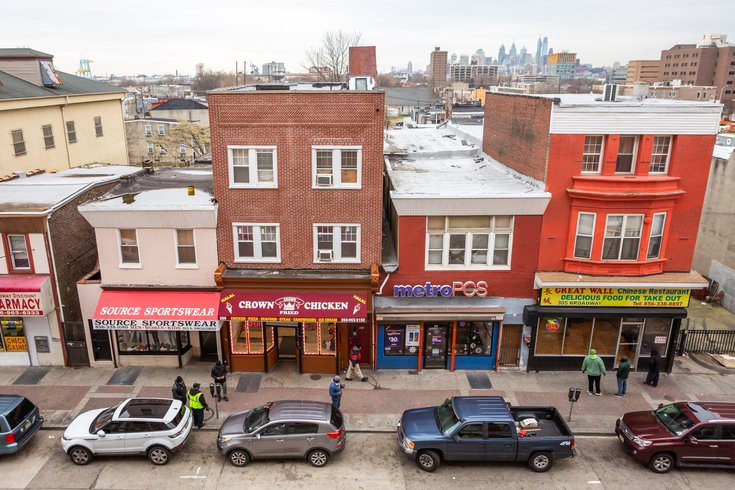 Broadway Street in Camden and the Philadelphia skyline.

On a summer day in 1992, I found myself among a large crowd inside the iconic RCA Building in Camden City where the world’s first recordings were set to vinyl.

Then-presidential candidate Bill Clinton arrived at an otherwise desolate Camden waterfront for his first stop following his nomination at the Democratic National Convention in New York City. The future president spoke to jubilant supporters about his bold plans for urban renewal and the bright future envisioned for the city he visited that day.

In the almost three decades which followed, there have been many similar promises to rebuild one of the poorest and most dangerous cities in the United States. Most plans were well-intentioned, all very expensive, but despite all these efforts, Camden remained impoverished with limited opportunities for its residents.

Shortly after the Clinton visit, Governor Florio announced the “Camden Initiative” only to see the plan abandoned by the incoming Whitman administration. Moving forward it was replaced by a plan to develop the waterfront and clean Admiral Wilson Boulevard, but which essentially ignored the city’s neighborhoods. Gov. Jim McGreevey attempted to correct course by investing $175 million into those neighborhoods, but the investment was spread too thin given the enormous need. Then the great recession handcuffed any economic opportunities explored by the following Corzine administration.

Ironically, it was a Republican, Gov. Chris Christie, who, with a Democratic legislature headed by Senate President Steve Sweeney and then state Sen. Donald Norcross, lifted Camden’s trajectory for the first time in decades. Christie observed that over the course of his first term, state aid to Camden increased approximately 40 percent to $350 million annually. He lamented about tax dollars being used to maintain the unacceptable status quo – the most dangerous, poorest city in the nation. He recognized that either something dramatic was to be done to reverse the trend, or the annual cost to taxpayers would soon reach an astronomical $500 million a year.

The challenge for Camden today is to sustain that positive momentum in a volatile political environment fueled by Trenton turmoil.

Thus, the Economic Opportunity Act of 2013 was born, extending enticing tax incentives to companies willing to invest millions of dollars and certify full-time employment in Camden and four other distressed cities in the state. Specifically, the plan was designed to create new jobs which, in turn, generates new state revenue to offset state aid and tax credits.

Around the same time, The Urban Hope Act created new educational opportunities for students, and the city police department was replaced by a larger county-run Metro force.

The challenge for Camden today is to sustain that positive momentum in a volatile political environment fueled by Trenton turmoil. However, 30 years of failed efforts should remind us that we finally found a revitalization formula that works. Our focus must not be shifted by misguided politics, but rather on job training, education and safety for Camden’s residents and all of South Jersey.

If I had closed my eyes at the RCA Building that summer day in 1992 and reopened them today, I would see a thriving waterfront and improved neighborhoods. I would have to conclude that Clinton’s optimistic vision of Camden’s future came to fruition.

What I see for our future is the next president’s visit to some impoverished community elsewhere in America and envision that it could one day be a city transformed like Camden, New Jersey.

Jeff Nash has served as a Camden County Freeholder for 27 years, first elected in 1991. He is also vice chairman of the Delaware River Port Authority, having served under five governors in that appointed position. He is an attorney who moved his law office to Camden City.

The views expressed in this opinion piece do not reflect the editorial department of PhillyVoice.