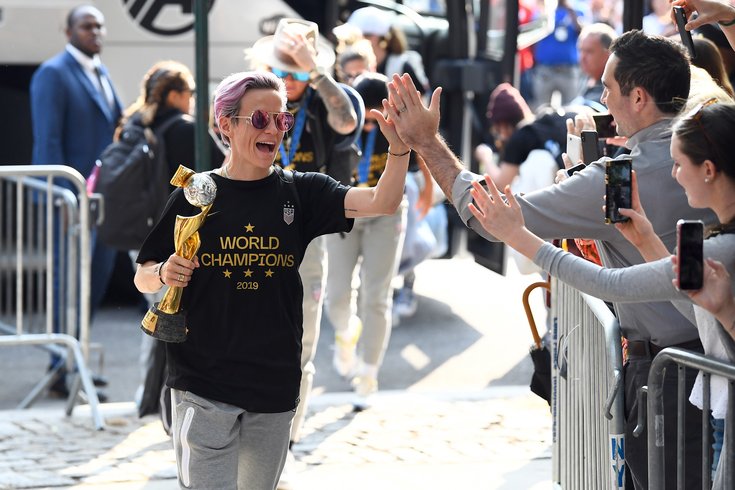 U.S. women's forward Megan Rapinoe (15) greets fans after winning the FIFA Women's World Cup at The Wagner Hotel on July 8. On Wednesday the USWNT will be in a celebratory parade.

The U.S. Women's National Team is celebrating their World Cup win with a ticker-tape parade in New York on Wednesday.

The victory parade is taking place in New York's Canyon of Heroes, from Battery Park to City Hall along Broadway, beginning at 9:30 a.m. A ceremony will take place at 10:30 a.m.

This will be one of the USWNT's only public appearances as a team following their 2-0 win over the Netherlands in Sunday's World Cup final match. The team is also scheduled to visit on Congress on Tuesday to celebrate.

You can stream the parade below. Among the players participating are stars Megan Rapinoe; Alex Morgan; Carli Lloyd and Tobin Heath, both New Jersey natives; and Julie Ertz, wife of Philadelphia Eagles tight end Zach Ertz.