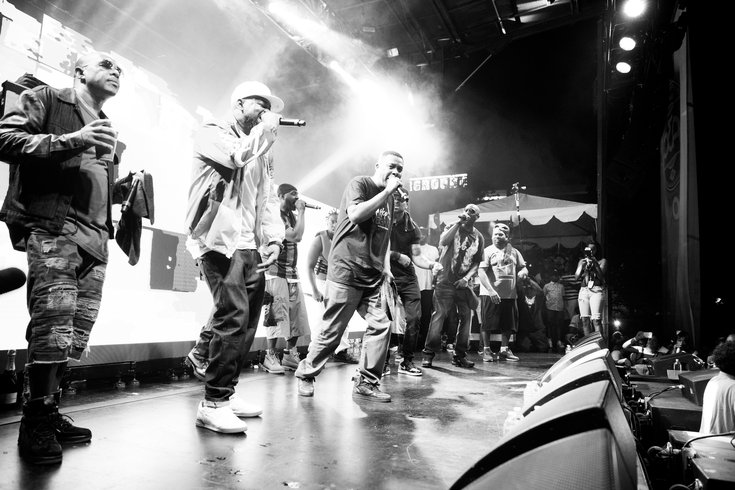 Wu-Tang Clan returns to Philly on Thursday and Friday to celebrate the 25th anniversary of their debut album "Enter the Wu-Tang (36 Chambers)."

That’s how Masta Killa – aka one-tenth of the Wu Tang Clan, and one who's not known for doing much promotional work – explained how the Staten Island, N.Y. rap crew realized it was time to reunite on stage to celebrate the silver anniversary of their debut album, “Enter the Wu-Tang (36 Chambers).”

And that’s why Wu Tang in its surviving entirety (RIP, ODB) will take the stage at the Franklin Music Hall (formerly the Electric Factory) on Thursday and Friday nights, a pair of long-anticipated events accompanied by a $100 ticket price.

When that announcement arrived in December, it was supposed to be one show in Philly and another at New York City’s Terminal Five, but demand to see the groundbreaking act warranted the addition of an extra show at each venue.

Then came this week’s news that the group would precede a “Gods of Rap” tour with Public Enemy and De La Soul, with just three dates announced to date, all in the UK.

Three days before the first reunion set, Masta Killa (whose rap debut was in "Da Mystery of Chessboxin'" on that album) was kind enough to give PhillyVoice a call to talk about what Philly has meant to the group’s evolution and, among other things, the void left behind by founding member ODB’s untimely death in 2004.

He was affable, grateful and – as evidenced by calling three hours earlier than expected – clearly excited that the Wu Tang’s impact can still be felt today.

Here’s what he had to say about life 25 years after the group debuted on the scene:

Why did you all choose to start the reunion tour in Philadelphia?

When we first started 25 years ago, Philly was our strongest market when we would go on the road. Philly always repped hard for the Wu, and we love Philly. That was our first stop on the map back then. We went straight to Philly.

When it comes to the Wu and Philly, the first connection in most people’s minds here is the “ODB McDonalds,” where Ol’ Dirty Bastard (aka Russell Tyrone Jones aka many other nicknames) got locked up after being on the lam in 2000. I, like many others, think there should be a historical marker at 29th and Grays Ferry Ave. Is it even possible for Wu Tang to fill the gap left behind in his absence?

My brother had been into a lot of things all around the world. I’d forgotten that situation took place in Philly. Wow, yeah, man, I miss our brother. There will never be another. He was just so free. He lived all the way out, doing it outside the box. There were no boundaries when it came to ODB.

Like anything with Wu, we never tried to set things up beforehand. We did it and if it clicked, it worked. In 25 years, we might have had five rehearsals. When we do it, it’s just done. It either fits or it doesn’t. The chemistry is just there.

Trying to fill that void is impossible, but what we’re doing now just comes naturally. His son is making his own fingerprint on the world right now. He looks just like his father. At the same time, he has his own things going on. ODB is an irreplaceable entity.

In Wu-Tang songs, there are so many rappers gliding in and out of tracks and it almost feels seamless. How do you manage to pull that off? Are you telling one another what you’re working on before you sit down and put it all together?

Some things you can’t teach. You either have it or you don’t. When it comes to how we put it down, some things, you must feel. ‘My voice would sound perfect right there.’ ‘Meth (Method Man) would sound good right here. We know each other’s styles so well, that it just feels like we do it. We don’t overthink it. We breathe it. We live it, know what I mean? And when we’re done, it’s just well-polished.

Some things just develop in peculiar ways, brother, it’s like an avalanche effect. We start to pick up and add on. Philly has always been part of that avalanche effect for us. It’s always good to go back.

What music do you like that’s come out of Philly?

Why do you think Philly connected with the Wu so early on, and until this day?

Man, that’s a great question for the fans in Philly.

I’ll be sure to ask some on Thursday night.

We were shocked and surprised as well (when we started). There was an energy coming from certain quarters: ‘Let’s go see ‘em.’ We were as shocked as they were. 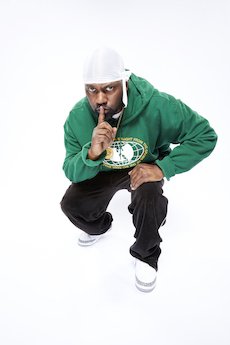 You guys are 25 years into this now since “36 Chambers.” Has it gotten harder to keep up the energy with age, especially with members breaking off to pursue solo careers, raise families and other interests?

Nah, man. It gets better with time.

With everybody having their own careers, families, things of that nature, we don’t get to see each other as much as we used to. When we were young men, some with no kids at the time, no immediate families, it was us against the world. Let’s go conquer the world.

Now, we’ve built families and careers have taken off in different directions, but the core is always ‘Wu as family.’ No matter how far we go, where our responsibilities take us, when that Bat sign (from Batman) goes up, we know it’s time to get together. Thundercats assemble!

If there’s anything I would’ve changed, I would’ve been more serious about being a hip-hop artist. It wasn’t my vision to do this on a major level. I wasn’t writing rhymes since I was 10. I always just had fun with it. Had I focused more, it’d have made me more of a grandmaster for when we came together, know what I’m saying?

It’s been a beautiful ride. I’m still blessed to be here. Every day is a blessing. Wow, you can always look back with 20/20 vision at the learning experiences along the way, but I wouldn’t change a thing.

What should people expect to see in Philly on Thursday and Friday?

Well, the first thing to expect is every member to be there. You’re gonna meet every member on that stage, and I’m expecting an excellent show. We’re going to do “36 Chambers” from top to bottom. Then, we’re gonna go into that hat and do whatever you want to hear. We’re going to the moon and back for you.

What message would you like to send to Philly before the shows start?