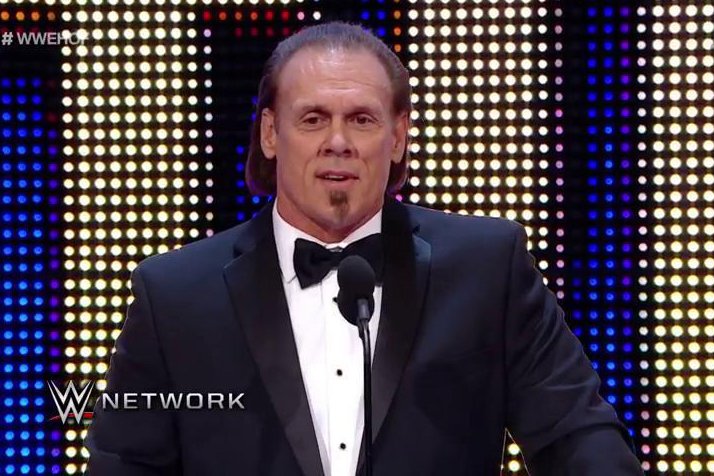 In Dallas’ American Airlines Arena, WWE inducted eight individuals into the Hall of Fame Saturday night. This year’s class has been much debated about, but there’s no question each of these individuals deserves the honor of being called a Hall of Famer.

The red carpet special began one hour before the induction ceremony, and had interviews from many of the current WWE superstars.

Rnee Young, Maria Menounos, Byron Saxton and new employee, Cathy Kelley were all on hand to give us a sneak peek at what was in store for the induction ceremony. Here are some of the highlights.

Jerry Lawler was our host and welcomed us to the ceremony. He introduced Ron Simmons, who would induct the first newest Hall of Famer of the night.

The Godfather – real name Charles Wright – played a plethora of characters over his WWE career. The one that was probably the scariest? Papa Shango.

JBL and Ron Simmons, the APA, reunited for one night to induct Wright into the Hall of Fame. He revisited his Attitude Era character and thanked the fans for making him feel loved, and he loved them right back. He wrapped up rather quickly before dancing with his, ahem, ladies.

For those not familiar with Hansen, he was one of the most dangerous and revered professional wrestlers in American and Japanese history.

Vader inducted Hansen into the Hall, and talked about how much Hansen mentored him and befriended him to make him almost like a new version of Hansen.

As for WWE, Hansen was banished from the company, according to the video package that aired before his speech, after breaking Bruno Sammartino’s neck. That’s probably why we didn’t see much of Hansen throughout the years, though highlighting his appearance in the movie “No Holds Barred” was fantastic.

Bubba Ray and D-Von Dudley inducted Jacqueline into the Hall of Fame, and labeled her as “one of the boys.” Jacqui came out and did “The Dab” a couple times, and I have to admit, she might just do it better than Cam Newton.

Jacqui talked about how she started her career in Texas and was a huge fan of the Von Erichs. Who wasn’t back then? She said it was a dream come true to work for WWE and thanked her peers, which included Trish Stratus, Lita, Molly Holly, Terri Runnels, Victoria and Sable. Victoria and Sable apparently weren’t in attendance, as the others were shown on screen.

"I already had a wife. I WAS MARRIED TO THIS BUSINESS & have been since I was 14 yrs old" - @MichaelPSHayes1 #WWEHOF pic.twitter.com/dtSc0zMfsX

The New Day inducted the originators of the three-man tag team, but were mainly a comedy act and didn’t say much in terms of the Freebirds’ history and what it meant for guys like them who were basically forced to team together and make it work.

The WWE splurged the money and bought the original Freebird theme for this occasion. Kudos to them. Michael Hayes and Jimmy Garvin came out. Terry Gordy and Buddy Roberts, who have both since passed away, were given the limelight via appearances of each of their sons, Ray Gordy and Buddy Jack Roberts, Jr.

When the sons left, Hayes and Garvin told a couple more stories to the delight of the crowd. Roberts apparently peed on Garvin’s back in the shower. At least that can get cleaned up almost instantaneously, right? Hayes would tell a bigger story that stole the show.

He talked about how he got hit from behind at a bar by a guy that was in a biker gang and Gordy came over and got slapped. Gordy beat up the guy and Hayes started beating up another guy. Eventually, one of the guys gets a gun and shoots at Hayes and Gordya. Gordy laughs and Hayes said he asked why.

The crowd loved it. It was pretty hilarious. But it wasn’t over. Hayes thanks the McMahon Family before bringing out Kevin Von Erich, who talked about the brotherhood of not only his family, but the Freebirds as well.

Before the Freebirds were finished, we were treated to an impromptu concert.

It was the best induction of the night. Bar none.

The Big Boss Man – real name Ray Traylor – passed away in 2004 due to a heart attack, but his name remains etched in wrestling history as he was inducted into the WWE Hall of Fame on Saturday night. Former manager, Slick, inducted him into the Hall of Fame, which was accepted by his widow and daughters.

Traylor’s daughters were great during this speech. They talked about having to watch their father get stink-faced by Rikishi, feeding Al Snow his dog, and taking Big Show for a ride on a casket containing his storyline father. It was a great speech from the daughters, Lacy and Megan, and his widow, Angela.

The one and only John Cena inducted Snoop Dogg into the celebrity wing of the WWE Hall of Fame on Saturday night. Does this mean Cena shows up at WrestleMania? Hmmm…

Snoop talked about growing up a wrestling fan and even ran down a list of his favorite wrestlers. He also mentioned his cousin, Sasha Banks, who might very well be the best women’s wrestler in the world right now. I know NXT’s Asuka would have something to say about that, though.

Backstage, Snoop had some more to say.

Lunden was this year’s Warrior Award recipient, presented by Warrior’s widow, Dana. Lunden has battled breast cancer in the past and WWE has made the Warrior Award for those who “exhibits unwavering strength and perseverance and lives life with courage and compassion that embodies the indomitable spirit of The Ultimate Warrior.”

Her speech was short, but it was sweet.

Sting came out and mentioned his first-ever tag team partner, the Ultimate Warrior. He talked about influencing the younger generation, Seth Rollins included. After Night of Champions last September, Sting left the arena in an ambulance with a neck brace on, and while Rollins was concerned the his well-being, he yelled, “I was you for Halloween as a kid!” as the ambulance pulled away. Great story.

Another good one was when both he and Kevin Nash were laid out in the ring, and Nash turns over and says he wants to spoon with him.

Sting thanked Jim Ross, Michael Hayes, Road Dogg, Ric Flair, his parents, his kids, his wife and, last but not least, the fans.

He officially retired moments before the Hall of Fame went off the air. He said, “This isn’t goodbye, it’s just see you later.”

TMZ reported he would retire at the Hall of Fame weeks ago.

After the ceremony, Sting talked about his retirement.

Nobody will ever know if having surgery for his neck injury that occurred at Night of Champions last September would’ve saved his career for one or two more matches. But Sting is happy enough with his career that he decided enough was enough and he’ll never wrestle in a ring again.

Then again, Ric Flair and a plethora of other folks said the same thing. But this time, I actually believe Sting.

During the broadcast, WWE named their 2016 Legacy Hall of Fame.