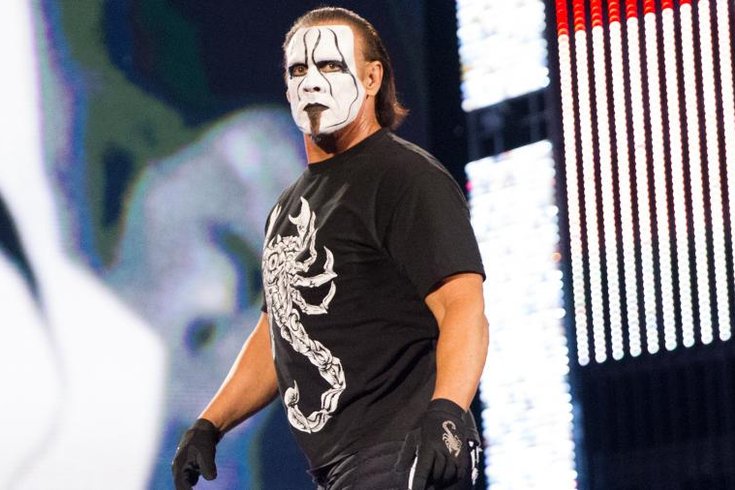 TMZ Sports is reporting Sting’s career as an active wrestler is over.

According to a report from TMZ Sports, wrestling legend and soon-to-be WWE Hall of Famer, Sting, is set to retire from the ring due to a neck injury he suffered in a match against Seth Rollins last September at WWE Night of Champions.

Sting was a guest on Ric Flair’s WOOOOO! Nation podcast back in December and revealed that he needed to undergo neck surgery after being diagnosed with cervical spinal stenosis. WWE.com transcribed some of what Sting had to say:

“I’ve got two spots in my neck that are troublesome, it’s called cervical spinal stenosis. So I have two areas in my neck where the spinal canal — which holds the spinal cord — [is] kind of choked off at two different locations.”

Sting finished the match against Rollins despite not being able to walk or move around swiftly, and was carried from the ring by WWE officials after the match.

About to turn 57, the end of Sting’s in-ring career was likely nearing, anyway. There was a chance he was holding out hope for a match at WrestleMania 32, but he’ll have to settle for one WrestleMania match – a loss to Triple H at WrestleMania 31.

Sting’s career has been defined mostly by his time in World Championship Wrestling, a promotion that was bought by Ted Turner from Jim Crockett Promotions and renamed in 1988. Despite struggling to compete with Vince McMahon’s World Wrestling Federation, Sting and Ric Flair were two of the most popular professional wrestlers in the world.

Sting was the ultimate company guy, conceding the top babyface spot in WCW to Hulk Hogan, and later Randy Savage, when WCW lured them into huge contracts and began building the company around them.

His most popular character could be arguably his “Crow” character where he donned black and white and became a silent assassin against the nWo in 1997. His Starrcade ’97 match with “Hollywood” Hulk Hogan may have had a terrible ending, but he was responsible for the biggest wrestling pay-per-view buyrate in history at that point.

While he underwent several more character changes in WCW - before the promotion eventually folded in 2001 and was bought out by Vince McMahon - Sting’s first WWE appearance was 13 years later at the Survivor Series. It was one of the biggest moments in wrestling history simply because wrestling fans just never thought Sting would ever appear, much less wrestle, in WWE.

While his in-ring days might be over, there’s always a chance Sting sticks around in WWE and becomes an on-air character who doesn’t wrestle, so keep your eyes peeled for that.

TMZ Sports posted the video of Sting’s career-ending injury, and you can watch it below.

Congratulations on an amazing career, Sting. You’ll be missed.