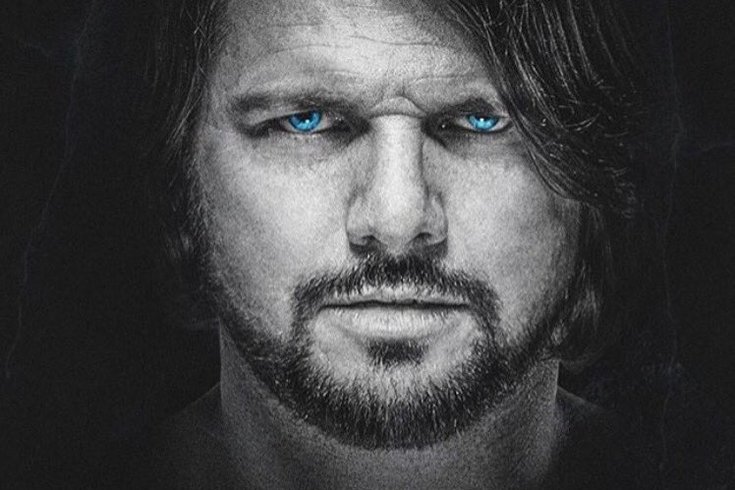 Can AJ Styles overtake Dean Ambrose for the title?

The first WWE brand-exclusive pay-per-view since 2007 takes place at the Richmond Coliseum in Richmond, Va. Sunday night. Since WWE combined Raw and SmackDown for pay-per-views that year, and then eventually got rid of the brand extension altogether in 2011, it seems like there hasn’t been any distinction between the two brands until now. We’ll see two new championships created and new champions crowned, as well as a huge World Championship match.

There’s not a lot of huge name recognition or value on this show, but it has the potential to be really good with every match, at least on paper, meaning something.

Here’s what I think will go down on Sunday night:

The Usos or Hype Bros. vs. Heath Slater and Rhyno

On Tuesday’s edition of SmackDown, American Alpha defeated The Usos – in very quick fashion – to grab a spot in the SmackDown Tag Team Championship Tournament Final. That didn’t last long.

The Usos attacked Jason Jordan and Chad Gable after the match and injured Gable’s knee [all storyline]. As a result, Shane McMahon said on Talking Smack that Gable would be out 2-4 weeks with an MCL sprain and, therefore, American Alpha would miss Backlash altogether.

The Usos were rewarded for that. They’ll take on the Hype Bros. – the last two teams that were eliminated in the tournament – and the winner of that match on Sunday will face Heath Slater and Rhyno in the Final.

Theoretically, I would like for Slater and Rhyno to win in order to make them a permanent team on SmackDown and have an unlikely title run. WWE has done that before with teams – notably Kane and his 1,000 tag team partners. However, with the Usos’ new heel turn, I could see them grabbing the tag titles and instantly feuding with American Alpha, who would eventually win them. I think that’s a better story in the long run. And that’s what I think will happen on Sunday.

Your winners and NEW SmackDown Tag Team Champions: The Usos

Becky Lynch vs. Nikki Bella vs. Naomi vs. Carmella vs. Natalya vs. Alexa Bliss

While both women’s divisions on Raw and SmackDown are incredibly thin, I think the women’s division on Tuesday nights has rebounded well after a lackluster start immediately following the brand extension. While it feels like the women might not get as much time for their matches on Tuesday nights, one could point that Raw is three hours and SmackDown is only two. People have lauded SmackDown as being the better show overall since late July, but I’m not so sure.

The reason I’m not so sure is because while the SmackDown Women’s Championship is a big deal, I don’t think WWE is exactly pushing it being as big as the Women’s Championship on Raw. In order for the entire division to get over, they must give plenty of time for not only this match on Sunday, but each women’s match from this point forward on Tuesdays. I just don’t have faith that they will, because they haven’t shown us that on a consistent basis.

So who’s the best candidate to become the first SmackDown Women’s Champion? Nikki Bella was my first choice, due to her name value and her being the longest-reigning Divas Champion before Charlotte beat her last September. However, we’re in a New Era now. Bella doesn’t make much sense. Just as Seth Rollins or Roman Reigns doesn’t make much sense over on Raw as the Universal Champion at this point.

This is Becky Lynch’s time. She deserves a run with a women’s title and this is the perfect opportunity for her. Natalya is a good candidate, but she doesn’t scream New Era. Naomi doesn’t, either. Carmella and Alexa Bliss do, but I don’t think either of them should be the first SmackDown Women’s Champion.

At this point, it’s Lynch’s match to lose.

This match was hastily thrown together a few Tuesdays ago, but I think it promises to be one of the more underrated matches. Both of these guys work well, and Ziggler’s coming off of a feud with Dean Ambrose that was well-built but didn’t exactly push the needle for me too much. Their SummerSlam match was less than what I expected, and now Ziggler’s been knocked down a peg again challenging for the Intercontinental Championship.

Despite his golden promo on SmackDown general manager Daniel Bryan, Miz still doesn’t do a whole lot for me inside the ring. Yes, he’s never hurt and he’s always there. Unless he’s, you know, on vacation or filming a movie. But I still don’t think he needs the title.

But does Ziggler need it? These guys are both former World Champions. It should make the Intercontinental Championship mean more, but it doesn’t. I don’t see Ziggler walking away with the gold, and I think Miz will hold onto it way longer than he should. In fact, he already has. But I don’t think the title changes hands on Sunday.

I wondered what a feud between Randy Orton and Bray Wyatt would be like the last few years. And, given the last few weeks of television, it’s gone about as exactly as I expected.

Wyatt is the predator to Orton, but Orton claims he’s much more visceral and predatorial than Wyatt thinks. We may see another side of Orton come Sunday, especially with his rematch against Brock Lesnar coming on September 24 at a WWE live event from Chicago. That in and of itself still surprises me because, from the looks of it, it won’t be televised or available on the WWE Network. Raw’s Clash of Champions pay-per-view is the next night, so will we see highlights of it on that show? We don’t know yet, but it could make sense.

As for Wyatt-Orton, I clearly don’t think this will be a one-off feud. I’m thinking Orton gets the win here and Wyatt somehow costs him in his rematch against Lesnar. Sure, Lesnar doesn’t need the help, but what else is there to build to for Lesnar? He’s really got nothing at this point except an untelevised match against Orton. Wyatt-Orton has long-term capability to it, and I think that’s what WWE will go for. Score one for The Viper.

And that’s why I’m not sure if Styles wins the title on Sunday night. I absolutely want him to. I’m sure many others do, as well. Styles would be a phenomenal champion – pun intended – and his body of work shows it. This feud hasn’t exactly lit the world on fire, but I think their work inside the ring will speak for itself. They are both good on the mic and have played off each other well enough to believe there’s a chance for a real blood feud between them moving forward. I don’t think this will be the last time we see these guys in the ring together, so I don’t think a title change is certain to happen. But it should. If only because I need to see Styles wearing WWE gold.

Then again, I won’t believe Styles as a WWE World Champion until I see it. Even if he is favorited to win this match [I haven’t checked, so I don’t know if he is or not.]

As of this writing, only six matches have been announced with The Usos and Hype Bros. added at the last minute. Will more matches be added? It’s entirely possible. And it’s also likely they won’t mean a thing.

Make sure you read my Backlash review on Monday morning to not only find out what happened, but what it means moving forward for the SmackDown brand.