WWE SmackDown rundown: Reigns gets one over on Styles and Co. 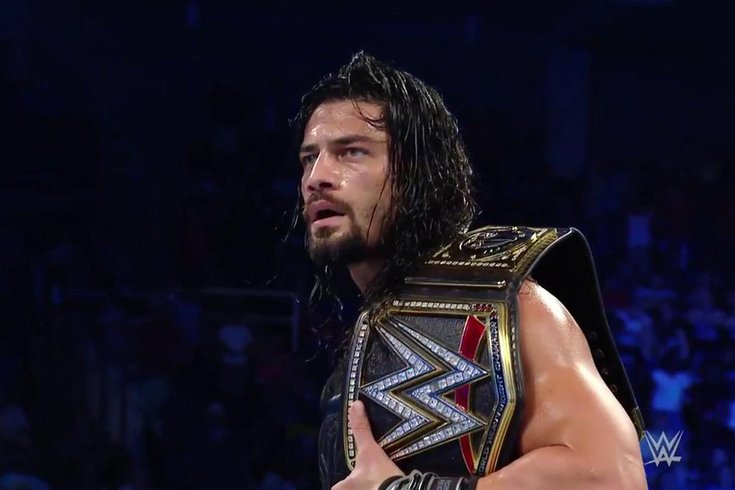 Despite not being scheduled for the main event, another six-man tag headlined SmackDown featuring Roman Reigns and AJ Styles.

The Sprint Center in Kansas City, Mo. was the host for SmackDown on Thursday night. Despite Shane and Stephanie McMahon running Raw on Monday nights, neither of them apparently run SmackDown, as neither were present on the show.

I had wondered if WWE would eventually talk about SmackDown as its own separate brand from Raw and if it matters at all. A brand split may eventually happen, but I won’t expect it until the summer at the earliest.

Chris Jericho’s Highlight Reel returned to television after a lengthy absence, and after going over the highlights of how Stephanie McMahon canceled the Ambrose Asylum, Jericho brought out his guest, Sami Zayn.

Jericho wasn’t happy with Zayn’s antics, apparently, on Monday Night Raw when he held The Miz’s Intercontinental Championship high above his head. The two trade insults before the champion comes down to the ring.

This led to a match between Zayn and Miz, but there was no clear-cut winner. Kevin Owens, who made his way to the ring right before a commercial break, hit the ring to attack Zayn and get Miz disqualified.

At first, Miz looked mad. But, the two decided to team up and put the boots to Zayn, but in came Cesaro for the save.

Luke Gallows and Karl Anderson faced The Usos in what we thought would be the main event Thursday night, with both AJ Styles and the WWE World Heavyweight Champion, Roman Reigns, in their respective corners. When Reigns went to check on his cousin on the outside, Anderson gave him a facewash with his boot, and Reigns wasn’t taking that. He got in the ring and attacked Anderson and the match ended.

That wasn’t good enough for Styles. After the two sides were pulled apart from each other, Styles challenged Reigns and his cousins to another six-man tag match. Yeah, the same exact match we just saw on Raw. Go figure.

Reigns got the win for his team via the spear.

Natalya sends another message to Charlotte

Natalya and Becky Lynch got a big win over Charlotte and Emma after Natalya was able to lock on the Sharpshooter to Emma and get her to tap out after a really good tag team match. Charlotte wasn’t involved in the decision, but it was a good story to build, especially because Natalya had the Sharpshooter on Charlotte for microseconds before Emma was able to tag in and take over. But, that didn’t get her anywhere.

Poor Emma had to tap out to the Sharpshooter, and Charlotte was left wondering if the same fate awaits her in a submission match against Natalya at Extreme Rules.

The Vaudevillains made quick work of Social Outcast members, Bo Dallas and Curtis Axel, but they weren’t out of trouble. Colin Cassady came out after their match and took out both Simon Gotch and Aiden English.

In what might be a sort of career renaissance for Darren Young, he now has Bob Backlund as his life coach. And I’m digging it already.

• Non-Title: Sami Zayn d. The Miz (c-IC) by disqualification after Owens attacked Zayn. Cesaro made the save.

• The Vaudevillains d. Bo Dallas and Curtis Axel by pinfall via the Whirling Dervish.

• Rusev d. Zack Ryder by submission via The Accolade.

• Luke Gallows/Karl Anderson d. The Usos by disqualification after Roman Reigns attacked Anderson in the ring. This led to a six-man tag match.

• The Usos/Reigns d. AJ Styles/Gallows/Anderson by pinfall after Reigns hits Anderson with the spear.