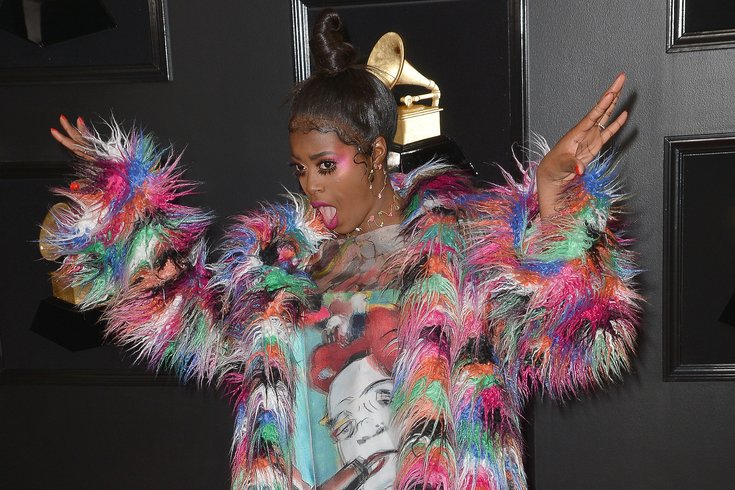 Tierra Whack, pictured here at the 2019 Grammy Awards, was named to XXL Magazine's 2019 Freshman Class, the annual list featuring the 10 hottest rap artists of the moment.

Not that Philly's rising rap star Tierra Whack wants anyone's seal of approval, or needs any more co-signs from tastemakers, but Thursday marked another landmark achievement for the 25-year-old artist.

The list is an annual who's who of rap's most notable up-and-comers at the time, sometimes a harbinger of superstar careers and other times just a document of what was happening in rap in a given year.

In typical Whack fashion, she had a unique way of acknowledging the news:

While some artists from XXL's past Freshman Classes have disappeared after landing on the list, it's also had some notable successes, like 2010's staggering class featuring Wiz Khalifa, J. Cole, Big Sean, and the late Nipsey Hussle, and 2011's equally loaded class featuring Philly's Meek Mill, the late Mac Miller, and one Kendrick Lamar.

Whack, for what it's worth, seems more likely to land in the latter group.

Back in March, the New York Times Magazine named her 15-minute debut album "Whack World" as one of the 25 songs that matter right now, in its entirety, praising the record's "fun house" environment.

Producer Flying Lotus, who featured Whack in a verse on his recently-released album "Flamagra", praised Whack endlessly in an interview last month:

"Oh my God, I wish I did that. Why didn’t I do that first? How did she put that word like that? That is so clever.’ I just think of how important her voice is just as a person that exists in the world how important she is, in an iconic sense what she represents."