The Pynk Affair will include music, aerial performers, Federal Donuts and beer garden 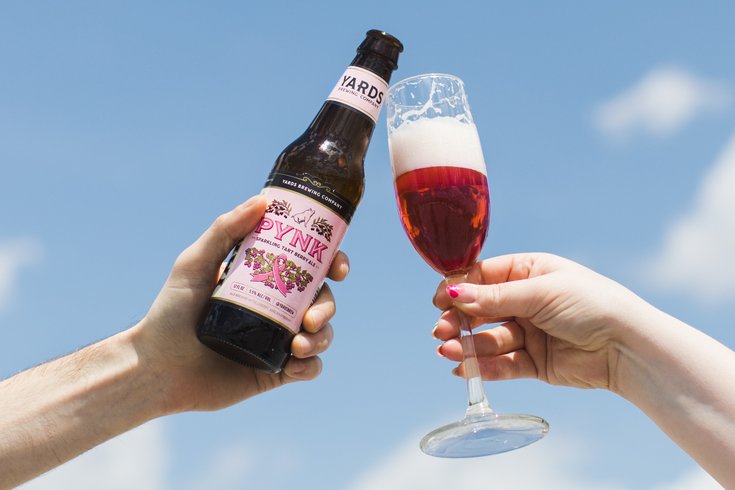 On June 30, from noon to 4 p.m., Yards Brewing Co. will open their brewery, warehouse and backyard parking lot for a summer celebration of Pynk, a sparkling tart berry ale.

The brewery, warehouse and backyard parking lot will be open for the celebration, called The Pynk Affair, which will run from noon to 4 p.m.

There will be live music by local musicians, live art by Tiny Room for Elephants, which recently held a festival at Cherry Street Pier, and aerial performers dangling from the brewery's ceiling.

While enjoying the entertainment, guests can sip on Pynk, as well as an exclusive cocktail made with the beer and Philadelphia Distilling's Bluecoat Gin. In the shaded beer garden, drinkers will find Federal Donuts.

Tickets to attend are $45 and include beer, entertainment and behind-the-scenes access to Yards for the afternoon. Those attending as designated drivers can purchase a ticket for $25.

A portion of proceeds will benefit local charity partners Tyanna Foundation and Twist Out Cancer.

Since Pynk was first bottled seasonally in 2013, Yards has donated a portion of every one sold to local charity partners. So far, Yards has raised nearly $50,000 for the Tyanna Foundation.

Now that Pynk is available year-round, Yards has pledged to raise at least $10,000 annually through Pynk sales and special events, like The Pynk Affair.