You can order Thanksgiving pies from The Rooster again this year 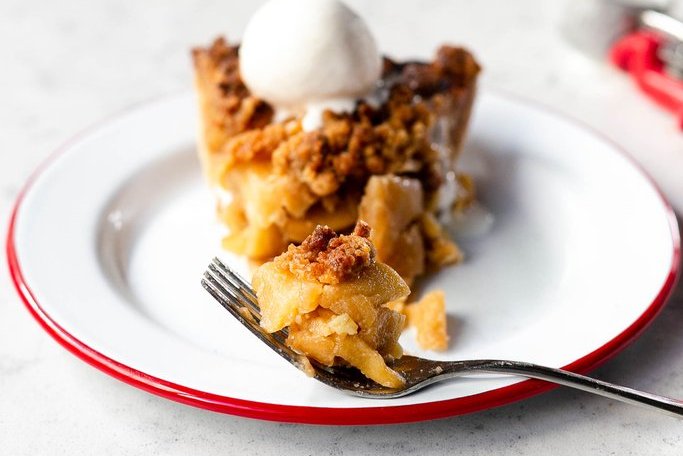 The Rooster's Dutch apple pie can be ordered now through Nov. 19 for pick in time for Thanksgiving.

The Rooster – a diner-style, Jewish deli on Sansom Street in Center City known for its sandwiches and pies – is making Thanksgiving dinner a little easier again this year, particularly for those with limited culinary talents.

The restaurant, which donates 100 percent of its profits to the Broad Street Ministry, has been selling to-go pies for a few years, and it is bringing back the tradition this holiday season with pumpkin and Dutch apple pies.

RELATED: 6 ways to recover from a Halloween-induced sugar hangover

The Rooster, formerly Rooster Soup Co., got a new menu and direction in July when owners Michael Solomonov and Steve Cook changed it from an American-style diner to a Jewish deli, complete with smoked whitefish and corned beef.

The rotating selection of pies has always has been a highlight of my visits (especially their former, to-die-for, banana cream), and The Rooster stays true to that with its own selection of fruit pies.

Our classic Thanksgiving pies, Pumpkin or Dutch Apple, are a real recipe for success. Pre-order yours today for pick-up on the Tuesday or Wednesday before Thanksgiving!  Do so now through the link in our bio, and call us with any questions! 215-454-6939. 🍂🥧

The Thanksgiving pies are now available for pre-order online. You can choose either pumpkin or Dutch apple for $35 a pop.

RELATED: What does Philadelphia drink? Some numbers from Pennsylvania Liquor Control Board's 2017-18 report

Pie sales will continue from now until noon on Nov. 19 for pickup in store on either Tuesday, Nov. 20 or Wednesday, Nov. 21. You can order your pie here.