Your opinion: Speed camera hearing mostly based on junk science 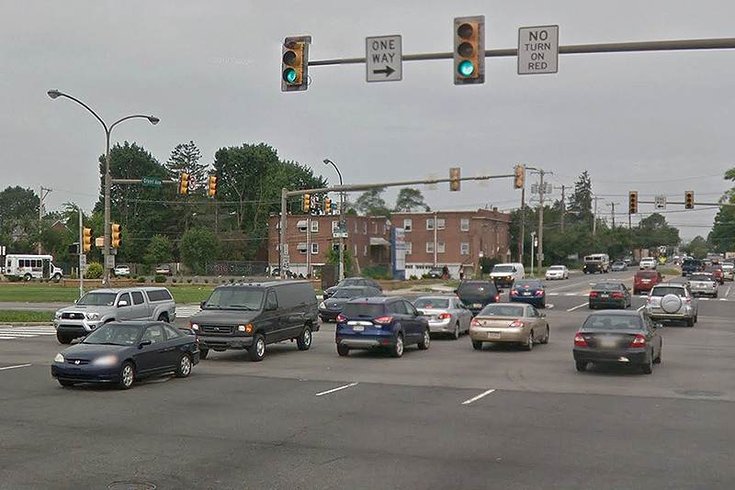 I attended the public hearing held Sept. 16 at City Hall to discuss House Bill 2233, which would allow speed cameras to be installed on Roosevelt Boulevard as part of a pilot project.

This urban highway, so old in design that it’s named for Teddy Roosevelt, not FDR, is a Vision Zero proponent’s nightmare. And, a nightmare for others, like Latanya Byrd, who gave intelligent testimony, and lost her niece Samara Banks and three of Samara’s children in a horrifying crash caused by a drag racer. One of the main goals of Vision Zero is to protect people like these.

Agreed, the highway has proved to be a menace, as well as a boon to most who live in the Northeast. Vision Zero doctrine proclaims that its near-superhighway design sends all the wrong signals about speed, making those who drive its multiple lanes blind to the risks pedestrians and bike riders must take to cross it.

But there is another side to this story, and that is the fact that, next to traditional traffic engineering, what was presented at this meeting was mostly just junk science, like something out of the mind of one of Jeff Foxworthy’s fifth graders. Not totally wrong, just too intuitive – guesswork that would yield a flunking grade in an engineering course.

The same can legitimately be said for the extreme aspects of Vision Zero, although there is evidence that many of the traffic philosophy’s approaches are far from nonsensical.

We were given statistics on deaths along Roosevelt Boulevard: 50 fatalities including 20 pedestrians in the last five years, and six deaths, five of whom were walking, so far this year.

Unfortunately, in a meeting like this, the other side of the story is never told. Such events are political, driven by emotion, not science or logic. There is actually a science of traffic engineering, but it was not applied here.

The Vision Zero advocates who got us to where we are with this bill have a thing about speed. Fact is, it’s only a small part of the problem, its main virtue as a target being that it’s easier to measure than the other factors. The National Pedestrian Crash Report, done by U.S. Department of Transportation and the National Highway Traffic Safety Administration, says that nearly all cases of a pedestrian being killed in a collision with a car contain two elements: a contributory action by the pedestrian, and a driver with a previous history of serious trouble. They also reveal that more serious car-pedestrian crashes involve cars that are at or below the speed limit, than those that are going faster. On average, there are 70 million miles of safe walking between pedestrian deaths. 70 million!

And, that makes the point. The causes of these crashes are not simple, and they need to be dissected to know what makes them tick. The presentations at this meeting, had PennDOT engineers been as involved as they should have been, would have included several important elements.

Firstly, we should have been treated to a chart showing the percentage of vehicles traveling at various speeds above and below the 45-mph speed limit. Knowing how fast people actually drive is critical. Traditional traffic engineering teaches us that the repeated statements about “slowing everybody down” made at this meeting are a lot like saying that the Electoral College, with no votes from the people, should choose the next president.

Bottom line: Most motorists actually have some idea of what the maximum safe speed for a road is. The rule that 85 percent won’t speed may break down a bit on a road with unexpected hazards like The Boulevard, but it’s a safe bet that most rational people who drive it regularly are in a position to provide valuable input — by driving at a sensible, measurable speed.

Proper dissection of crashes would yield the one number that is perhaps most critical: the maximum safe speed that is marginally below the threshold of danger. As things are now, the cameras will be set at 56 mph, 11 miles above the posted 45-mph limit. That sounds generous, but it may well be below not only the speed at which many sane people drive, but the point at which a crash is likely to be caused primarily by driving too fast.

State Rep. John Taylor of Philadelphia, who led the meeting and is head of the Transportation Committee in the Pennsylvania House, insisted the cameras are not about money. But it’s a sure bet that the process is anything but data-driven. The biggest incentive for using them is doing things on the cheap. They may reduce crashes with technology that will pay for itself. Really fixing the Boulevard would cost billions, and our politicians lack the courage even to try.

Earle Drack, an engineer, raised the issue of motorists’ inability to challenge the accuracy of a ticket. It’s called “due process of law” in the Constitution, and the present plan for the cameras doesn’t include it. Some sort of appeal process is necessary since the cameras have been known to measure inaccurately. They often need to work at an angle to the rear of the car, and that can play havoc with the Lidar wave they respond to.

The real problem here is that just because there are some criminal drivers out there does not mean that all drivers misbehave all the time, which is what most would conclude from the anti-driver rhetoric presented at this one-sided meeting. Nobody is grappling with the biggest question of all about implementing the cameras, which is, “If we start ticketing people with this technology, will all those tickets be truly meaningful from a safety perspective?”

John Baxter is a resident of Downingtown, Chester County, and member of the National Motorists Association, a grassroots alliance of motorists who advocate for traffic regulations and enforcement based on safety considerations.