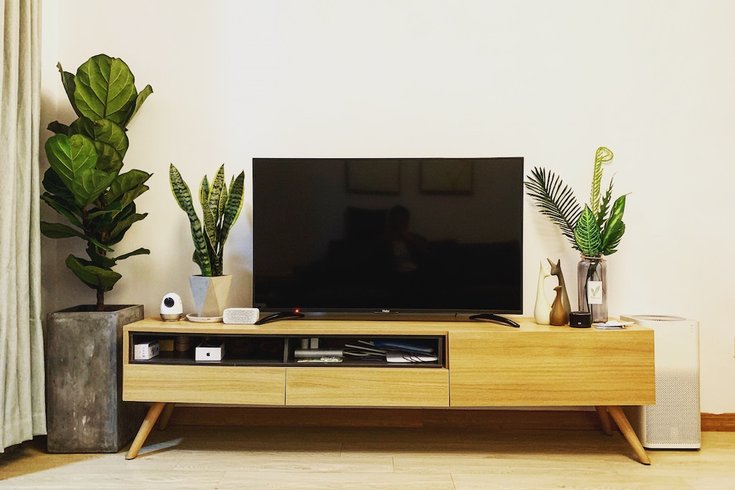 Sterbenz's TV will shut off if he's not pedaling at a steady pace.

These days, there are so many shows and movies on streaming services that feel like they were made for you it can be a daunting task to watch every single one.

Who has the free time to dedicate that much to watching TV? Not to mention, it’s not exactly, um, healthy to sit on the couch all day streaming the top shows.

Ryan Sterbenz, a 30-year-old from Arizona, apparently has the solution. He combined his love of TV with his background in engineering and the need to workout to create an exercise bike that was connected to his TV — and, therefore, all streaming services, Men’s Health reports. The TV would only work if he was pedaling hard enough.

Sterbenz already liked to watch Netflix while working out, but found it was hard to sustain his momentum when he'd get into a given show—he found himself getting too absorbed in the plot, and then biking too slow. So for part of the design, he knew he wanted to fold in a mechanism that would beep at him twice if his pace dropped too much, and would close Netflix altogether if he didn't heed the bike's warnings and speed up again.

Between programming and setup, Men’s Health reports that it only took Sterbenz $30 in parts and two days to put the contraption together. He even shared his personal schematics of the Netflix bike, which anyone who’s interested can check out here and attempt to assemble themselves.

Or, you can plop a recumbent bike — or even a fancy Peloton — in front of your TV for the newest iteration of “Netflix and chill,” “Netflix and sweat,” which allows you to experience the joy of a good TV binge, while achieving your fitness goals.