10 indoor events for a warm night out

From celebrity side-projects to art house film screenings, there's something for everyone to do. 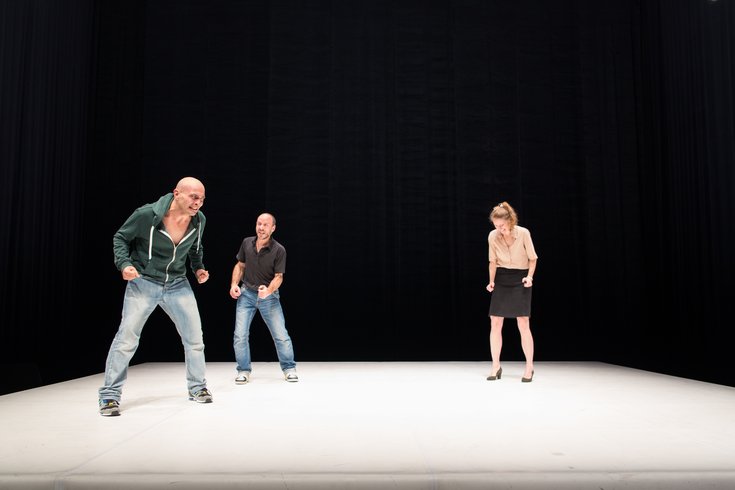 The weather isn't getting warm any time soon, so ditch the fire pits and walks in the snow for warmer, indoor affairs. From concerts and stand-up acts, to author chats and beer-and-chocolate tastings, there are tons of fun things to do inside where it's nice and weather-resistant. Enjoy a night out (without really being out) while you dream of sunshine and spring flowers.

Now that "The Newsroom" is over and "Dumb and Dumber To" was a huge critical flop, you may be yearning for some quality Jeff Daniels-fueled entertainment. Enter the Ben Daniels Band, which features Jeff's son. The father-son performance is sure to delight Americana fans and "Newsroom" hate-watchers alike.

A trip to an icy hockey game might not be your warmest indoor option, but a game against division-rival Washington will fire up the fans.

Comedian and writer Greg Behrendt hits the Helium stage in a show perfect for a co-ed audience. As a script consultant for "Sex and the City" and the co-author of "He's Just Not That Into You," Behrendt made a name for himself as comedy's dating expert.

In conjunction with the Pennsylvania Academy of the Fine Arts' exhibit on alumnus David Lynch, International House is screening "Dreams That Money Can Buy," a film representative of Lynch's predecessors and inspirations. Jon Dieringer, founding editor of Screen Slate, has curated this program to include the opening short film, "Angry Boy."

This monthly event brings together the old-fashioned game of bingo with the funky fabulousness of the Bingo Verifying Divas, a group of drag queens who lead the night's festivities. This month's theme is (you guessed it) the Golden Globes.

Take a trip to Paris without the travel expenses with a viewing of the famous opera, "Il Barbiere di Siviglia," as performed by the Opera de Paris. This performance marks the Opera de Paris debut of Italian stage director Damiano Michieletto, too.

Do you have a story to tell? Then join this month's StorySlam, a storytelling competition where strangers tell a room full of listeners their best story in just five minutes. The winner gets $100, and this month's theme is "Little Things." Good luck!

This play begins with a performance artist negotiating a deal at a festival in Copenhagen and quickly devolves into a self-proclaimed "manifestation of sexual fantasy and power." Brought to FringeArts by choreographer Ivo Dimchev, this quirky performance contains dark humor and nudity.

Writer Seth Grahame-Smith has written for the small screen, the big screen, for comic books and for Web series. If you're a fan of Grahame-Smith's "Pride and Prejudice and Zombies," then don't miss him talking about his latest work, "The Last American Vampire."

One Last "Shot" of Chocolate: Beer and Chocolate Tasting

To close out the Academy of Natural Sciences' "Chocolate: The Exhibition," attend a night of chocolate tastings and beer pairings. Chefs from 12th Street Catering will be on hand to chat about cooking, baking and beer.