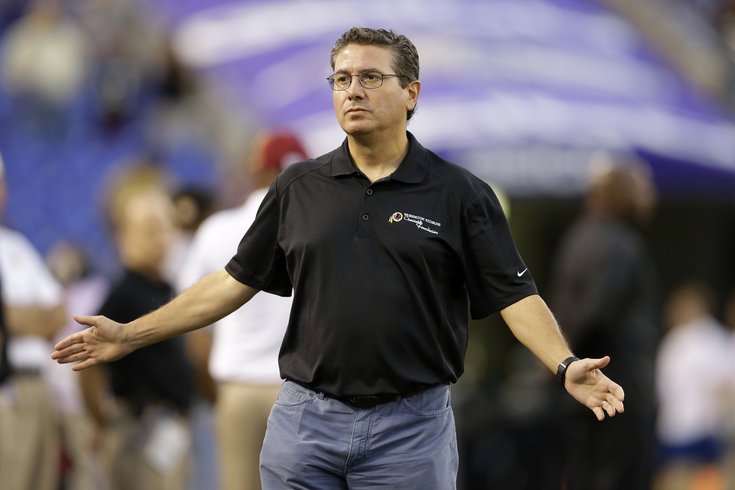 This week, all week long, we're taking a brutal look at each of the teams in the NFC East, in detail. The first target was the last place 4-12 Dallas Cowboys, who we roasted on Monday. Yesterday, we busted on the Giants.

Today, it's the Washington Redskins' turn. To note, we will not be talking about the positives of any of the Eagles' NFC East rivals, because, well, that's no fun. This will be 100 percent vitriolic. And yes, we'll roast the Eagles, too.

1) Who exactly did the Redskins beat last year?

Congratulations to the Washington Redskins for winning the terrible NFC East in 2015. Now... Who exactly did they beat that was any good? Well, the Redskins played four teams last season with winning records. Here's how those games went:

In other words, they went 0-4, lost each game by at least two touchdowns, and were -76 in point differential.

In fact, quarterback Kirk Cousins has 11 career wins. Here they are in chronological order:

Can anyone tell me what all of those opponents have in common? 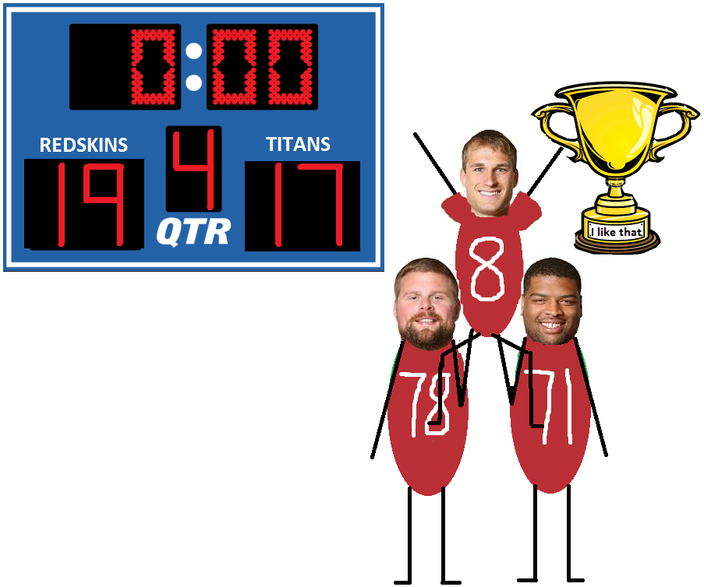 And really, it's not even as if the Redskins even took care of business against all their crappy opponents. In 2015, they lost to trash teams like the 6-10 Dolphins, the 6-10 Giants, and the 4-12 Cowboys.

Cousins will have to show that he's not Nick Foles 2.0.

2) Speaking of opponents with winning records...

As the NFC East champs a year ago, the Redskins have to face the NFC South and NFC West champs. Those two teams (the Panthers and Cardinals) are arguably the two best teams in the NFC. Here's who the NFC East teams have to face in those two floating games:

3) The 2015 Redskins defense was sucky and lucky

Here is where the Redskins ranked last season in some basic stats:

Note that the Redskins were generally awful across the board, but were first in fumble recoveries. That, of course, helped keep their points per game down. Credit the Redskins for forcing fumbles, although... it doesn't hurt when you have an incredibly careless team like the Eagles in your division just giving you the football.

Anyway, the point here is that the Redskins' defense isn't recovering 16 fumbles again in 2016.

4) The Redskins' rushing attack is a huge concern

In 2015, the Redskins gained 3.65 yards per carry. That was good for 30th in the NFL. It would appear that second-year player Matt Jones is going to be the Redskins' lead back in 2016. Jones averaged a paltry 3.4 yards per carry in 2015, while an already over-the-hill Alfred Morris ran for 3.7. He also fumbled five times in just 144 carries.

The low YPC average is nothing new for Jones. Over his career at Florida, Jones ran for 4.8 yards per carry, which is good by NFL standards, but not so much in college. In fact, of the 18 running backs selected in the 2015 NFL Draft, Jones had the second-lowest YPC average in the group during the 2014 NCAA season. The one guy below him, Karlos Williams, ran for 8.0 YPC in 2013.

I thought the Redskins overrated Jones when they took him in the third round of the 2015 NFL Draft, and I think they continue to overrate him now by trusting him to be their lead back.

5) The Redskins are due for a free agent disaster

Remember the good old days when the Redskins made dumb trades and/or wildly overspent in free agency, and it would hilariously blow up in their faces?

Just because it's never not funny:

Giants co-owner John Mara put a temporary end to the Redskins' spending ways when he successfully screwed up their salary cap for years and the Redskins have been fairly prudent spenders since.

That was until this offseason when the Carolina Panthers rescinded their franchise tag on Josh Norman, and the Redskins pounced. The Skins handed Norman a five-year, $75 million deal that made him the highest-paid corner in the NFL.

There's no question Norman is good. There's also no question he benefited by playing behind an elite front seven in Carolina. Will he be the same player in a defense that was ranked 28th in the NFL a season ago?

There's a good reason why the Redskins selected ILB/safety Su'a Cravens in the second round of the 2016 NFL Draft, and it's because their personnel in the middle of the field stinks. None of their three main inside linebackers -- Perry Riley, Will Compton, and Mason Foster -- would start for most teams, and they are all liabilities in the passing game.

Meanwhile, on the back end, soon-to-be 33-year-old DeAngelo Hall is making a full-time move to safety, and free agent acquisition David Bruton has eight career starts in seven NFL seasons.

And then there's the defensive line. Who exactly is the NT? Is it Kedric Golston? Bleh.

At RG, the Redskins should be in good hands with Brandon Scherff, who played well enough as a rookie in 2015 to warrant optimism for 2016. The Redskins are also set on the edge, with Trent Williams and Morgan Moses.

However, the LG and center spots are a mess. The center spot is particularly bad, with Kory Lichtensteiger being the default option, while the starting LG spot seems to be a competition between Spencer Long, Arie Kouandjio, and a banged up Shawn Lauvao.

In other words, the LG spot is up for grabs and the center spot is currently occupied by a player who was downright bad last season. At least the Cowboys and Giants have no interior pass rush. So there's that. But against teams with legitimate interior defensive line talent, the Redskins LG-C combo (whoever it ends up being) could be human turnstile: 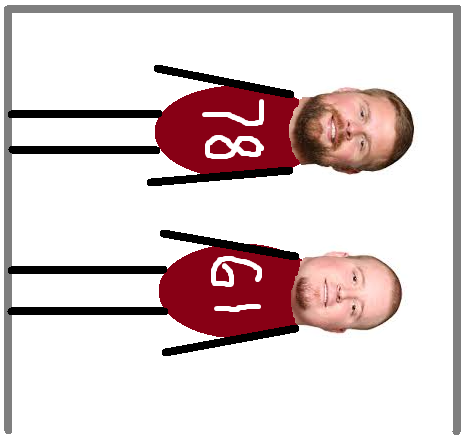 8) Jordan Reed is great, but can he stay healthy?

In 2015, Jordan Reed broke out in a huge way, when he caught 87 passes for 952 yards and 11 TDs. The Redskins then went ahead and gave Reed a shiny new five-year, $46.75 million contract, which made him the third-highest paid tight end in the NFL. He's arguably as important to the Redskins' offense as any of their skill position players.

9) There hasn't been an NFC East repeat champion since 2004

The last time a team repeated as NFC East division winners was when the Eagles did it in 2004. In each of the last 11 seasons, we've seen the previous year's division champion dethroned.

That may feel a little bit like trivia, and not necessarily an indicator of what will happen going forward. However, the reason why the division has been so volatile over the last decade-plus is because none of the teams are good up and down their rosters. You'll see an occasional aberration like the 2014 Cowboys that went 12-4, or those weird Giants teams that squeaked into the playoffs and then went on lucky improbable Super Bowl runs, but never sustained success.

And that's no different this year. The Redskins aren't good, and there's an outstanding chance that one of the other not-that-good teams will dethrone them once again in 2016.

10) And as always, let me check to see if Dan Snyder is still the owner.