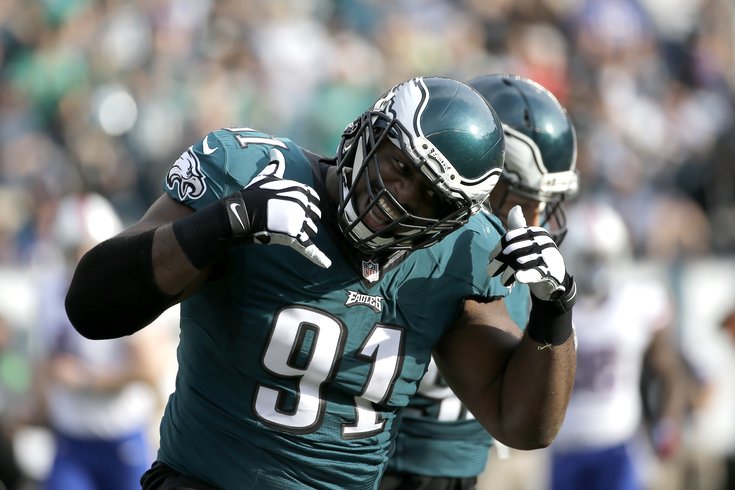 Fletcher Cox has to be happy with his spot in the first edition of #PhillyRank.

Our long national nightmare is over. The Philadelphia Eagles and Fletcher Cox agreed a six-year deal that will keep Cox under contract through 2022.

The details of the contract, per Adam Schefter of ESPN:

Eagles and Fletcher Cox agree to 6-year, $103M extension that includes $63M gtd, per sources. Highest guarantee for a non-QB in NFL history.

While it may be the highest guaranteed money for a non-quarterback in NFL history, the deal is right in line with other recent elite interior defensive tackle contracts:

The Eagles said bluntly that Cox would get "great player money" back in February, and they made good on that promise.

Cox is easily the best player on the Eagles' roster. He is a dominant, disruptive force who had 71 tackles, 9.5 sacks and three forced fumbles a season ago as a defensive end in a two-gapping style defense that typically hinders statistical accomplishments. In the Eagles' new 4-3 scheme, Cox will have more leeway to attack upfield and go after the quarterback from his new defensive tackle position.

Cox reacted on Twitter after the Eagles announced the new deal.

The Eagles begin training camp on July 25, and you can be sure Cox will be there.