12 ways to dance in Philadelphia this weekend 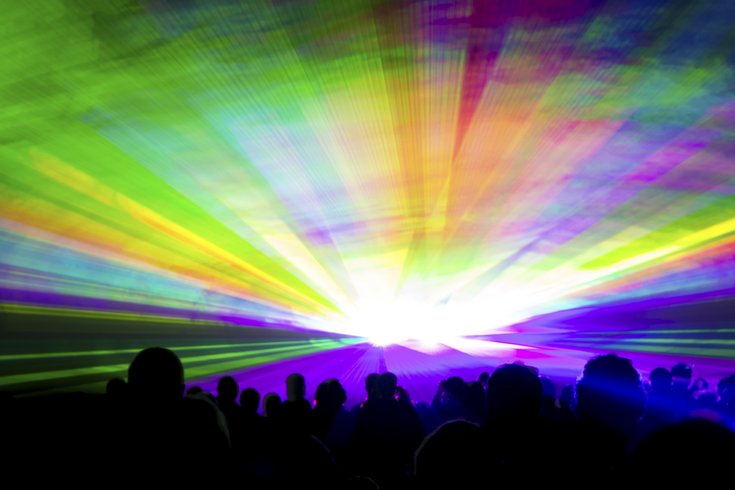 Get out and dance.

From Thursday night to Sunday brunch, this weekend is brimming with events at clubs, batting cages and roof deck hangouts. There are numerous local parties celebrating anniversaries this weekend, so consider showing your support while heading out on the town!

Hailed as “The Best Folk Album of the Year” by The Fader, Toronto artist Tamara Lindeman hits Fishtown in support of her latest album "Loyalty." The amazing acoustics of Johnny Brenda’s should be the perfect place to take in the lush harp and electronics from Philadelphia duo Mary Lattimore and Jeff Zeigler, who recently contributed to Ghostly International’s lauded "Swim 2" compilation. Opening set from folk-psych artist Bad Braids.

The Magic Message vs. ETC, Coda

Party residents Jeffrey Bouchard, Sean Hearn, Dave Tidey and Tony Modica tag it up for a night of finely chosen dance bombs. Take a listen to Philly techno king Josh Wink’s 2014 monster “Talking To You” and get ready to take in slamming dance music presented from the '80s to present.

Truewave with VICES, The Dolphin

Truwave celebrates one year of forward-thinking parties with a jam-packed lineup to mark the occasion. Alex Dayo of Pure Productions opens up the night, party co-founders Jack Deezl and Fredric Fresh will lay down a b2b set, and Future Thugs and Moving Castle’s own VICES will also man the decks for a set.

One Friday a month, Dave P. puts the RAD in RADio on WXPN, playing two hours of futuristic sounds to kick-start your weekend. Dave mixes the show live from XPN’s studios and always has a bag packed with brand-new, often-unreleased tracks from his friends around the world. Before you head out at night, or while you’re driving around, tune in to Making Time RADio with Dave!

Nurvous Records producer Blueshift has been hot lately, coming off clutch gigs opening for Dusky at Verboten and for CamelPhat last week at Rumor. With a deal inked on Kerri Chandler’s Madhouse Records, the Philly producer heads down south to join forces with the deep electronic sounds of goodie with Rob Paine and Francisco Collazo.

There’s Drinking To Be Done 2-Year Anniversary, The Barbary

Dancing, drinking and heavy bass sound good to you? Then TDTBD is the party you want! This Friday marks the two-year anniversary of the party with selectors Tanner Caldwell and ADUB reuniting at last behind the ones and twos.

The Eraserhood gallery hosts a special benefit edition of 8STATIC, a monthly chip music event that welcomes performers from all over the world every second Saturday of the month. The programming includes a drumming master class at 7, an open mic at 8 and the featured performances at 9.

Tuxedo (Mayer Hawthorne & Jake One) with Ed Christof, The Dolphin

Tuxedo is the project of two of the most talented and soulful producers in the modern era, Mayer Hawthorne of Stones Throw fame and renowned hip-hop producer Jake One. Together, the two make glossy, blue-eyed modern disco that dares you to not to dance. Ed Christof provides opening grooves.

Party-throwing organization Catharsis Collective celebrates one year of madness with festival headlining talent Milo & Otis at this 18-and-up party. With an enviable tour schedule and remixes of Skrillex, Kill The Noise and Flux Pavilion under their belt, Los Angeles duo Milo & Otis have the backing of EDM’s heavy-hitters and know exactly what to do with a crowd.

Hosts Rob Paine & Willyum welcome Tommy Hogunz & DZA as Who’s Who, with a special opening set from Sundae organizer Lee Jones. South Bowl’s unique location with no real neighbors to boot allows the roof deck to bump the jams from sunset to close, so head on down and check out the vibes if you haven’t already.

If you didn’t know, Philly has a vibrant techno community with a slew of talented local producers regularly hosting underground events that feature international talent and go well into the morning hours. At Deep Brunch, the underground comes up to light for food and drink specials in Manayunk, with a packed lineup of DJs providing the tunes.