18 ways to party this weekend 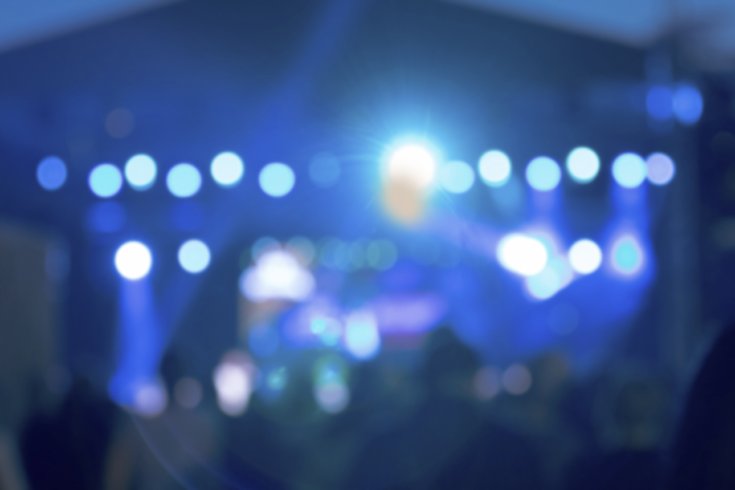 Stop by one of these events to hear great music.

This weekend is packed with a diversity of options for dancing and enjoying great music. Catch a poetry slam, celebrate urban sustainability and drink free booze in this weekend’s listings. Don't forget to dance while you’re at it!

Extra Credit with Matpat, The Dolphin

Extra Credit hosts Jansen and Eagle dish monthly lessons in house music down at The Dolphin, this time with special guest Matpat dropping in for a set. Between the three of them, there will be no shortage of great grooves supplied, so head down and get schooled!

More amazing talent supplied by All Natural, this week from industry veteran and Berlin-via-New York DJ Bill Patrick. With the ability to spin on 3 CDJs and two turntables, and a bio written by Seth Troxler to boot, Bill Patrick is a legendary DJ in the most trusted circles of house music. Opening set provided by Greg D and Crouse of Risky Disko.

Tasty is all about curating an atmosphere that is both relaxed and exciting, with top-notch music as the backdrop for the evening. For this installment of the party, chiptune powerhouse Trey Frey is the special guest, which will also feature sets from STLTZ and resident DJ Decosoul.

What a name for a party, right!? If hell is, in fact, other people's music, then enter the comfortable and vibey as "hell" JB's downstairs bar for some solid libations and record selections from DJs JSIII & Trixie Noyes.

Come watch the best poets from Philly, New York, New Jersey and Baltimore battle it out for bragging rights as they prep for the National Poetry Slam in Oakland. Note that the show starts promptly at 8 p.m. and that it is hosted at the PYPM Haven at the Painted Bride, which is located at 230 Vine St.

This is a great pairing of two truly amazing DJs that Philly is proud to call their own: Cosmo Baker and Matthew Law. Between judging and participating in Red Bull 3Styles and shutting down high-profile gigs across the country, get prepared to take in two of the best party-rocking DJs around throwing down in the intimate South Philly club.

The legendary Making Time party is back at it again, this time featuring live performances from New York duo Tanlines and MAS YSA, the project of Thomas Arsenault. Get there early for free Heineken, Tecate and Sailor Jerry rum between 9 p.m.–11 p.m., and don’t forget to go home!

It’s a jam-packed lineup for this edition of Jungle Jawns, a party that celebrates the percussive sounds of jungle, drum-and-bass, hardstep, ragga and "hip-step," a genre that guest TC IZLAM is credited with innovating. Plenty of drink specials to go along with the killer lineup at this South Philly bar.

Join the Philadelphia Urban Creators for their 2nd annual HoodStock Festival to celebrate life, living, sustainability and urban creation in North Philadelphia! Get there early for some community service and stay for the entertainment, which will feature performances from legendary rap group Dead Prez’s Stickman, Gizzle, DJ SYLO, DJ G33K and more. Quote from the event page: "IF You CarrotAll, Lettuce Turnip!"

Recorded 100 percent analog using a four-track recorder and all original pressing 7-inch 45 RPM records, Philly DJ and vinyl connoisseur Skeme Richards lovingly put together this new mixtape entitled "Shifting Gears" for Philly label Record Breakin’ Music. While the mixtape was limited to 200 copies and is already sold-out, Brewerytown Beats will have a select few copies available, so come try and grab one and catch Skeme playing live at the store.

Party and brunch it up on Columbus Boulevard on the oldest and largest square-rigged sailing vessel still afloat! With or without a brunch buffet ticket, you’ll be able to enjoy sets from acclaimed Babylon Cartel owner and artist Gianni Lee, DJ Melo-X, Moma, Rich Knight, Omega and a live performance from Ameriie.

Everyone’s favorite PBR champion Jayyo is starting a new party at The Dolphin called Holding Patterns and is kicking it off by bringing JDH of the party-throwing duo FIXED down from New York. JDH is no stranger to Philly or The Dolphin, as Dave P. is the other half of FIXED – prepare for landing!

Evoke childhood memories on the dance floor by drinking some boozy Hugs at Franky Bradley's – yes, we are talking about those barrel-shaped plastic sugar-water drinks you used to drink three at a time. Hosted by Philly clothing and jewelry companies Dahsar and Ritual Ritual respectively, come dance it out to music from Ed Christof and immortalize the night with photos by Poseybooth.

Celebrating five years of funky soulful dance music is no small task, so The Soul Pickle is going big, bringing in Detroit duo and Country Club Disco bosses Golf Clap and Philly producer Alex Burkat to commemorate the occasion. Taking place on the roof deck at Warmdaddy’s, don’t forget to eat some Southern comfort food to fuel your dancing!

If Hennessy is your drink, then there’s no other place to be on Sunday, as Rumor will be giving out the famed cognac for free from 3–4 p.m. With jams provided by DJ Ayeboogie and DJ DocB of Power 99, this is Sunday’s most clear-cut turn-up!

If reggae is your vibe, then Unconditional Love is for you! Amidst all his goodie and Shakedown parties, people forget that Rob Paine also makes and loves reggae and dub. Come relax and spread love on the South Bowl roof deck to wind down the day.

Bungalow Beach keeps booking some of the hottest talent for its Sunday party, this time featuring buzzworthy bass producer Mija. There’s no better way to experience AC on a Sunday than at Bungalow Beach, which will also feature sets from Naked Peekaboo and up-and-coming Philly selector DISCHETTO.