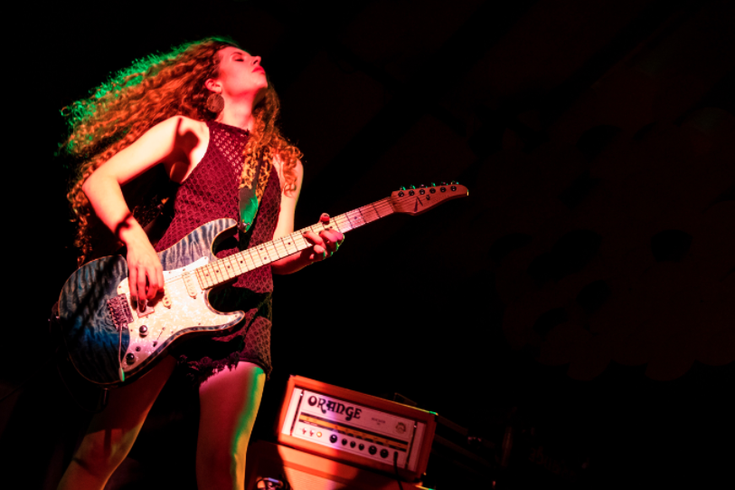 When Hannah Wicklund was growing up during the prior decade along Myrtle Beach, S.C., she winced at the music which emanated from her friends' iPods.

"They were all listening to Katy Perry, Lady Gaga and Taylor Swift," said Wicklund.

"That just wasn't my thing...I was raised on rock. My dad had us listening to AC/DC and Tom Petty from an early age. The songs they wrote stand up and will stand up for years. I absolutely love Tom Petty."

RELATED STORIES: Singer Kimbra is much more than 'Somebody That You Used to Know' | After 15 years, touring is just 'Alright' with Jeffrey Gaines | How John Oates wound up on an unexpected trip to ‘Arkansas’

The vocalist-guitarist was on a bill with Petty in California two years ago while fronting her band, The Steppin Stones.

"That was a great experience," she said.

"It was the fifth and last time I saw Tom Petty perform. He worked hard. I'm following in his footsteps. I'm just doing all that I can to get noticed. We play festivals. We do whatever we got to do to get the word out."

"It's old school," she said. "That's what I'm into. Everybody doesn't like the same thing. I get it. It's about exposing yourself to rock. If you do that, you just might be into it. I love it loud. I love guitar rock. My favorite thing is in-your-face kind of music."

Wicklund's fan base is burgeoning thanks to rave reviews in Guitar Player and Premier Guitar magazines.

"There are some great female guitar players out there," she said.

"I don't think we get enough credit. I love playing. I play with passion because there is nothing I love more than this. I have my father to thank for getting me into Lynyrd Skynyrd. I'm trying to take what I love and make it as original and inventive as possible."

Producer Sadler Vaden, who is Americana artist Jason Isbell's guitarist, was behind the board for Wicklund's eponymous album, which dropped in 2017.

"There is nobody like Sadler," Wicklund said. "He's brilliant, but it's not surprising since he's in Jason Isbell's band. He helped me take it to the next level. He's one of the guys that has had a huge impact on me musically. There's Sadler, and of course, my father." 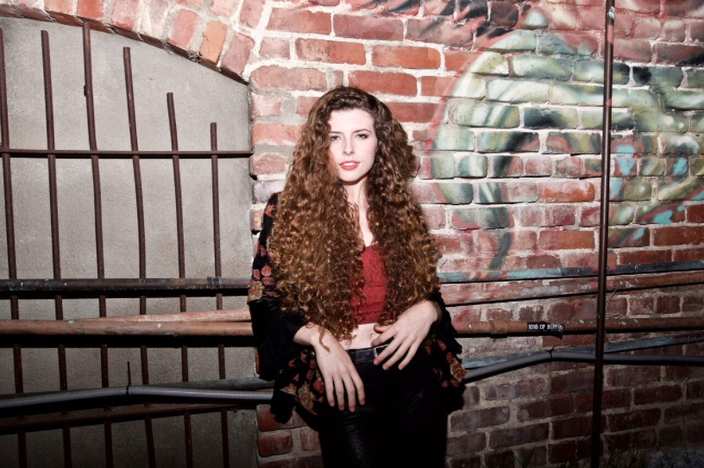 “I play with passion because there is nothing I love more than this.”

Wicklund would be remiss for not mentioning her brother. Luke Mitchell, who fronts the High Divers, is on a co-headlining tour, which stops tonight at Milkboy in Center City and tomorrow night at Havana in New Hope.

"My brother has been awesome," Wicklund said. "He's older, (by seven years) but we're incredibly close. I would watch him play when I was young and it had an impact. We're doing 55 dates this year. I love my brother. We're about supporting each other. We're on parallel journeys. The common denominator is that we're both very much into rock and roll."

Wicklund said she can't imagine any other vocation.

"This is all I ever want to do. I hope to show young girls out there that they can pick up a guitar and go for it. There is nothing that excites me more than playing in front of an audience. You won't understand it unless you do it. It's an incredible feeling," she said.

Hannah Wicklund & The Steppin Stones and The High Divers will co-headline Friday, Feb. 2 at Milkboy Philadelphia, 1100 Chestnut St., Philadelphia. Thee Idea Men will open. Tickets are $10 in advance and $15 day of show. Show time is 8:30 p.m.