How John Oates wound up on an unexpected trip to ‘Arkansas’ 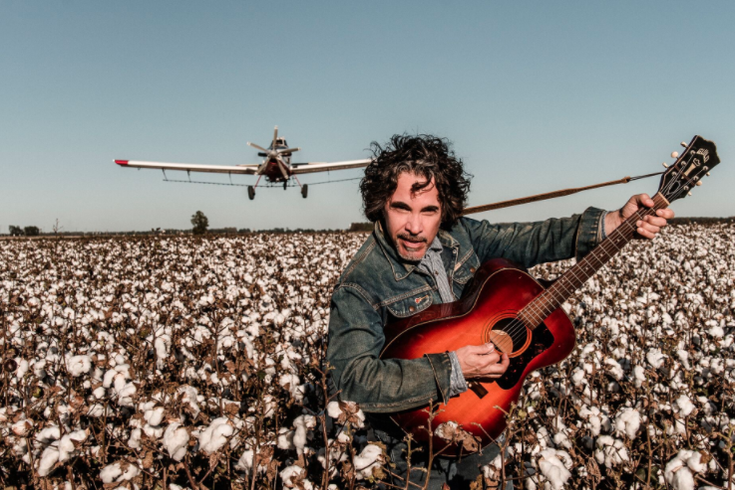 As the New York-born, North Wales, Montgomery County-bred singer-composer explained during a recent phone chat occasioned by his Feb. 6 gig at World Café Live, the finished product—primarily a collection of classic Americana he describes as “Dixieland, dipped in bluegrass, and salted with Delta blues”—was not what he originally set out to create.

MORE FROM CHUCK DARROW: Thanks to '64 Phils' collapse, this fan can't help his Eagles negativity | School of Rock founder returns to doing what he loves best | How sweet it is: ‘Honeymooners’ musical gets it right

“Originally, the album was gonna be called 'Hurt,' because it was gonna be a tribute to [bluesman Mississippi John Hurt,” he explained.

“And I recorded some solo acoustic stuff. I liked it, but I didn't feel like it was doing anything particularly special. But I loved the music and loved the songs from that 1920s-early 1930s era. I said, 'What would it sound like if I played some of these songs with a band?’”

The Nashville-based Oates soon enough answered his own question by recruiting a troupe of top Music City session players including mandolin whiz Sam Bush, a progenitor of the “Newgrass” sub-genre, and pedal steel guitarist Russ Pahl. From the jump, he said, he knew he had something special.

“When the band began to play the very first cut, there was magic there. And I said to my engineer, ‘Man, I don't know what we're doing, but let's just keep doing it!’”

“Arkansas” was recorded in two one-week sessions in the fall of 2016 and winter of 2017. The recording process moved quickly because, “It's basically live in the studio. There's no overdubs or repairs. It's just playing.

“It was the best way to do these songs,” he continued. “I surrounded myself with some of the best musicians on the planet. When you do that, first of all, good things happen. Secondly, I wanted them to do what they do. I didn't want to over-direct them or over-control them, I wanted them to be themselves. That's why I hired them and brought them into the studio together.”

The result, he enthused, “Was the magic and synergy you get when you have great musicians playing together, and that's what this album represents. I'm really proud of the record and love the way it came out.”

Perhaps what is most surprising about “Arkansas” is that it represents artistic influences on Oates that have nothing to do with the kind of Philly soul/R&B that informs the music of Hall & Oates—the best-selling duo in pop music history.

It’s an old story, how as youngsters Oates and Darryl Hall were molded by the music they heard on Philly’s two African-American-oriented powerhouses, WDAS-AM and WHAT-AM, as well as WIBG-AM, the city’s Top 40 behemoth of the late 1950s and early-to-mid-’60s. But, it turns out, it’s not the only story.

“I wasn't just listening to WIBG and WHAT and 'DAS. You have to remember what was happening,” he offered, namechecking the still-going-strong Philadelphia Folk Festival as well as long-gone folk dens like The Second Fret in Center City and the Main Point in Bryn Mawr.

“These were very important venues for American traditional music [coming] through Philadelphia. And even though Philadelphia is mostly associated with the great R&B of Gamble & Huff, there was a lot of folk music happening.

“I was fortunate to be there at the same time, absorbing this great urban R&B, but also this really traditional America Music that was happening. And I was very lucky to meet this guy named Jerry Ricks, who became my guitar teacher and mentor, who was personal friends and hung out with a lot of these great performers.

“I just had a first-hand experience with being part of this traditional American roots music.”