How sweet it is: ‘Honeymooners’ musical gets it right 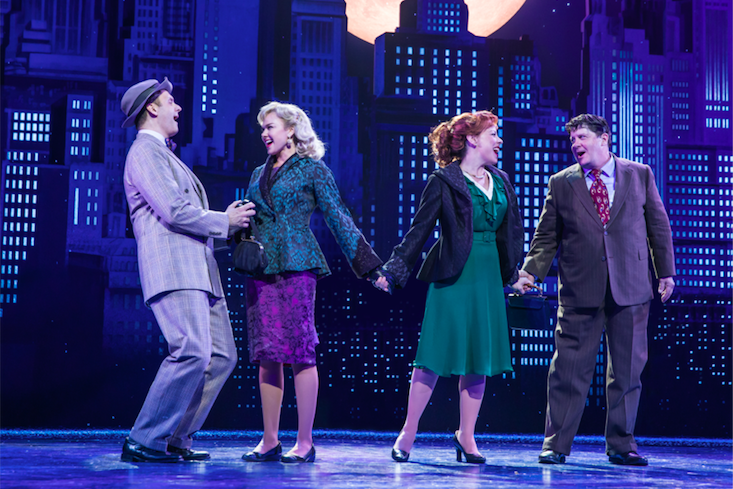 Because my decades-long near-obsession with the 1950s sitcom “The Honeymooners” is as close as I come to anything resembling religion, I was none too pleased when I learned a couple of years ago that a stage musical based on the series that made Jackie Gleason a show biz immortal was being planned.

After all, the resurrection of a beloved TV show has uniformly made for lousy entertainment. Films based on “Sgt. Bilko,” “McHale’s Navy” and “The Wild, Wild West” were not only artistic and financial flops, but they also qualify for inclusion at or near the top of the “Really Stupid Idea” list as well. And did you even know that there have been unsuccessful attempts to bring such shows as “Cheers,” “Gilligan’s Island,” “The Brady Bunch” and “The Beverly Hillbillies” to the musical-theater realm?

(And let’s not even speak of the 2005 disaster that was “The Honeymooners” movie starring Cedric the Entertainer and Mike Epps).

Besides, it seemed impossible to even consider that anyone other than Gleason and Art Carney could ever be acceptable in the iconic roles as ever-striving Brooklyn bus driver Ralph Kramden and his dim-witted, puppy dog-loyal BFF, Ed Norton.

In short, I believed any attempt at bringing “The Honeymooners” to life would be pure blasphemy.

“The Honeymooners,” which, through Oct. 29, is having its world premiere at the Papermill Playhouse in Millburn, N.J., gets it right (with but a few missteps) both as an homage to what stands, arguably, as the greatest sitcom ever produced, and as a musical comedy that should find favor among the series’ fans as well as those who don’t worship at the altar of the “classic 39” episodes that aired between October, 1955 and June, 1956 on CBS.

Actually, the show plays more like the revived “Honeymooners” of the late-1960s rather than its decade-earlier forbear. That’s because each episode of that series was a self-contained, 60-minute musical comedy complete with an original score. And the basic plot device—Ralph and Ed win a TV commercial jingle-writing contest—is lifted directly from a multi-episode story arc that aired in the fall of 1966.

There are complications, misunderstandings and subplots --including some marital trouble between Norton and his ex-burlesque-queen wife, Trixie-- along the way to an unexpected and clever (if historically dubious) ending wherein everything is happily resolved. 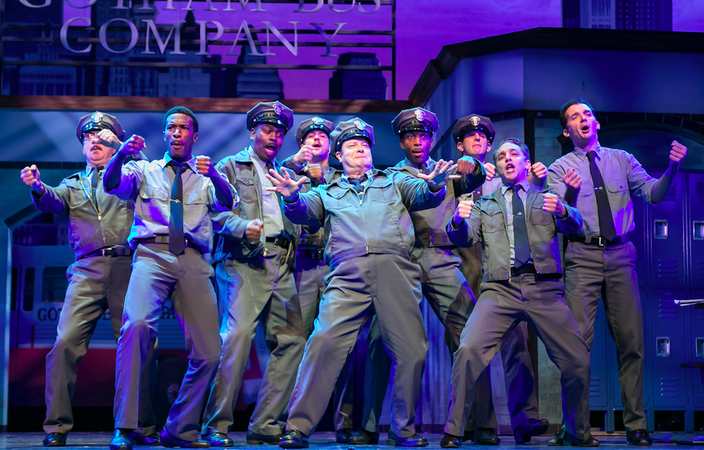 Not that it matters. With the “Honeymooners,” the only real question is: Does the cast pull off the incredibly difficult task of portraying those characters in a way that celebrates the original actors while making the viewer forget they are not on stage? The answer is yes.

I wish I could tell you that Michael McGrath, who has two Best Featured Actor In A Musical Tony nominations (for “Spamalot” and “Nice Work If You Can Get It”) and one statuette (“Nice Work”) killed it as Ralph. Unfortunately, illness kept him out of last Friday’s performance. But I can’t say enough about his understudy, Michael Walters.

Walters—whose resemblance to Gleason borders on the spooky—played the role to perfection. He not only has Gleason’s physical presence and facial features, but he captured an impressive amount of the body language “The Great One” employed as Ralph, as well as the character’s penchant for seamlessly sliding from bombastic to meek and back again. Yes, it would have been great to see McGrath, but I feel fortunate to have watched Walters in the role.

Incidentally, I know that McGrath does a bang-up job; I saw him in a scaled-down, “investors’ audition” staging of the show last year in Manhattan. But I’m not sure he has anything on Walters besides a resume.

Matching Walters step-for-step is Michael Mastro as “Nawt’n” (as Ralph pronounces it.) Mastro likewise offers a memorable rendering of his character. He bears a surprisingly strong resemblance to Carney, and his turn as the loose-limbed, amiably goofy sewer worker (with surprisingly visionary ideas about technology) hits all the right notes without relying on mere imitation. 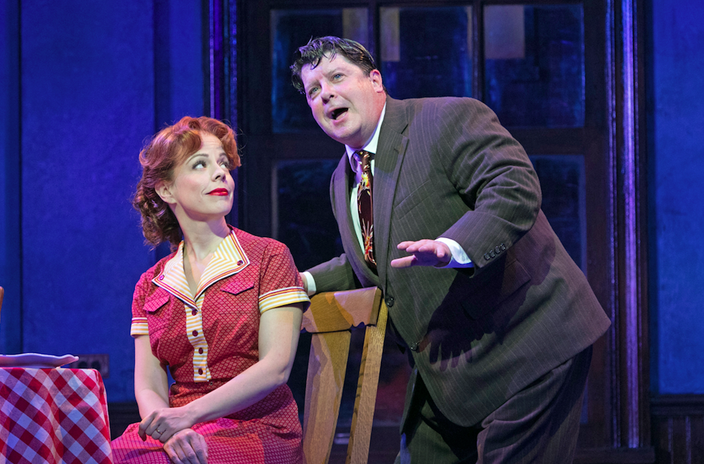 Keeping pace with the menfolk are Leslie Kritzer and Laura Bell Bundy as, respectively, Alice Kramden and Trixie Norton. Kritzer ably captures the often-exasperated but always-loving, Alice. And her second-act belt-a-thon, “A Woman’s Work,” is the program’s bona fide showstopper.

I’m not sure the subplot that elevates the Trixie character to unprecedented importance is totally necessary, but hey, if you’re going to go that way, it’s doubtful there’s anyone better for the part than Bundy, a petite blonde firecracker who injects plenty of sex appeal into the proceedings.

The material the quartet and a solid supporting cast (including veteran character actor Lewis J. Stadlen) have been given to work with is a large part of the show’s success. Scripters Dusty Kay and Bill Nuss have struck the perfect balance between original ideas and shtick drawn from the ‘50s version of “The Honeymooners.” There are plenty of shout outs to that immortal work, including what is perhaps the most famous of all ‘Mooners’ bits: the golf lesson wherein Norton, after reading that one should “address the ball,” says, “Helllooooooo, ball!”

You certainly don’t have to be a “Honeymooners” fanatic, but the more familiar you are with the original scripts, the more you’ll enjoy the play.

It is also easy to enjoy the score by composer Stephen Weiner and lyricist Peter Mills. It’s a somewhat odd blend of Frank Loesser’s “Guys and Dolls” and “How to Succeed in Business Without Really Trying,” and Mel Brooks’ score for the “The Producers.” But it engenders enough toe-tapping to possibly cause a trip to the shoemaker for new soles and—praise be!—several numbers, including “Toast of the Town” and “I’ll Miss the Guy,” are that rarest of theatrical creatures – real, honest-to-goodness songs that could exist outside the context of the play. That said, “I’ll Miss the Guy,” a lovely ballad sung as a duet, is a little weird, because its performed by Ralph and Ed, who are singing about each other.

Joshua Bergasse’s dance schemes are fun examples of classic Broadway choreography and scenic designer Beowulf Boritt’s sets are interesting and functional. Director John Rando (“On the Town,” “Penn & Teller on Broadway”) deftly keeps things hopping so that the 2:40 runtime isn’t nearly the issue it could have been.

The producers’ goal is to take “The Honeymooners” to Broadway. If, for whatever reason, it doesn’t get there, it will be Broadway that will suffer the biggest loss.