The 93rd Academy Awards take place April 25, which leaves less than two weeks to check out any of the films you haven't seen yet 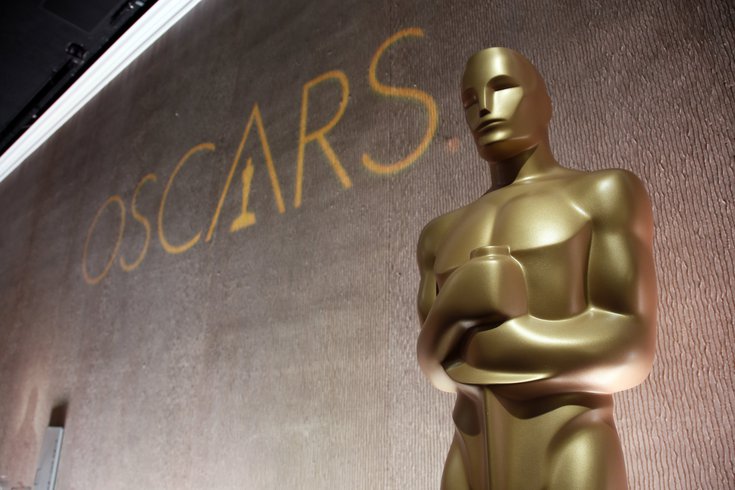 Almost all the best picture nominees for the 2021 Oscar Awards can be streamed online before the show on April 25.

In any other year, right about now there'd would be a bump in box office sales from moviegoers rushing to see the Oscar-nominated films before the award show takes place.

Instead, this year for the 93rd Academy Awards, almost all the nominees for best picture are available to stream on services like Netflix, Hulu or Amazon Prime.

But also as movie theaters reopen across the country, some films are getting a chance on the big screen before the Oscars.

Here's where you can watch the Best Picture nominees for the 2021 Academy Awards:

"The Father," starring Anthony Hopkins and Olivia Coleman, was one of the last of the nominated films to be released. It hit theaters on Feb. 26 and is available to rent digitally on Amazon Prime for $19.99.

The movie follows Hopkins' character, Anthony, a man stricken by dementia who lives alone and rejects the caregivers arranged for him by his daughter Anne, played by Coleman. As Anthony's handle on reality unravels, it becomes harder for Anne to visit.

"Judas and the Black Messiah"

"Judas and the Black Messiah" originally was released in theaters and HBO Max in February, and now it can be rented online at Amazon Prime, Vudu, and Fandango Now for $19.99.

Shaka King directed the film that tells the story of Black Panther leader Fred Hampton, played by Daniel Kaluuya, and the role an FBI informant, played by LaKeith Stanfield, played in Hampton's assassination. Both actors were nominated for Oscars for their roles.

"Mank," the black-and-white drama about the making of "Citizen Kane," is a Netflix original that debuted in December and can still be streamed on the platform. The movie sheds light on 1930's Hollywood through the eyes of screenwriter Herman J. Mankiewicz, played by Gary Olman, as he finishes writing "Citizen Kane." Amanda Seyfried, Lily Collins and Tom Burke star in the film, as well.

Viewers can catch "Minari" in theaters or purchase a digital rental for $19.99. The movie first hit the Sundance Film Festival in January 2021 where it earned awards.

"Minari" tells the story of a Korean-American family that moves to a small Arkansas farm to pursue their American Dream. As they adapt to life in the Ozarks, the family's grandmother comes to town.

"Nomadland" debuted at drive-ins across at the major film festivals last year but is now available to steam on Hulu for free with a subscription, for $14.99 digital rental and in theaters.

Frances McDormant stars in the film that follows her journey through the American West after losing everything during the recession. Directed by Chloé Zhao, the Western drama has been dubbed the Academy Award's frontrunner. Zhao made history as the first woman of color nominated for best director and for being the most-nominated woman in a single year.

"Promising Young Woman," is available to rent for $5.99 on digital platforms and is playing at select theaters. The #MeToo revenge comedy first debuted in theaters last year. It was the directorial debut for Emerald Fennell.

Carey Mulligan stars as Cassie, a smart, sharp woman who lives a secret double life. She has an unexpected encounter that gives her a chance to avenge her friend who was raped. Bo Burnham, Laverne Cox, Clancy Brown and Jennifer Coolidge star in the movie as well.

"Sound of Metal" was released on Amazon Prime Video in 2019 and can be streamed for free with a Prime membership. It also is being shown in select theaters.

The Darius Marder drama is about a heavy metal drummer, Riz Ahmed, who is losing his hearing. The film earned Oscar nominations for stars Olivia Cooke and Paul Raci.

"The Trial of the Chicago 7"

"The Trial of the Chicago 7" can be streamed on Netflix. Paramount sold its 1960s courtroom drama to the streaming service after the pandemic hit, sending it to instant streaming on the platform instead of movie theaters.