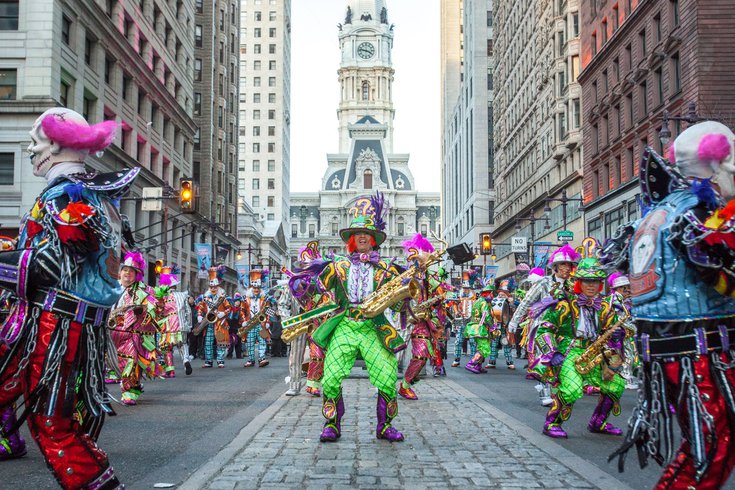 The Mummers Parade, a long-standing Philadelphia New Year's tradition, has been rescheduled from Saturday Jan. 1 to Sunday, Jan. 2 due to forecasted rain. The indoor events planned for the Philadelphia Convention Center will still happen as planned on Saturday.

The 2022 Mummers Parade will take place a day later on Sunday due to the rain forecast for Saturday. The city announced the change Friday afternoon.

The two mummers shows featuring the Fancy Brigades still will take place as scheduled at 11:30 a.m. and 5 p.m. on Saturday, New Year's Day, inside the Philadelphia Convention Center.

RELATED: What you need to know about the 2022 Mummers Parade

Tickets purchased to watch the outdoor parade from bleacher seating around Philadelphia City Hall will be honored on Sunday.

The 2022 Mummers Parade marks the resumption of Philly's New Year's Day tradition. The 2021 parade was canceled due to the COVID-19 restrictions in place a year ago, although some mummers clubs did participate in an unauthorized strut on South Second Street in South Philly in protest.

The New Year's Eve, rain is expected to roll into the region around 9 a.m. on Saturday morning.

On Saturday, the National Weather Service says there's a 90% chance of rain. The high is expected to be 61 degrees, and there may be patchy fog before 10 a.m. Saturday night there's an 80% chance of precipitation.

Sunday's weather will be mostly cloudy but warm with a high near 61 degrees. There's a slight chance of rain before 7 a.m. and after 4 p.m.