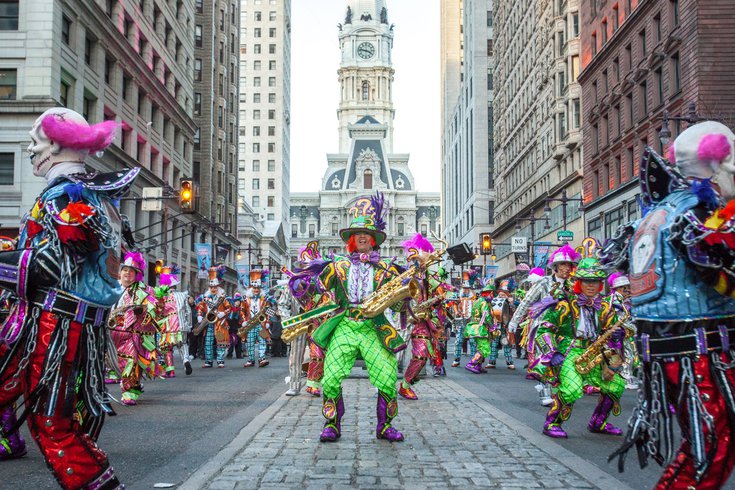 The 2022 Mummers Parade returns to Broad Street this New Year's Day, Saturday, Jan. 1, after a one-year hiatus due to the COVID-19 pandemic.

New Year's Day was going to feel a bit more normal in Philadelphia, but then weather decided not to cooperate. Now the 2022 Mummers Parade returns to South Broad Street on Sunday, Jan. 2, as organizers try to avoid the rainy forecast predicted for Saturday.

The oldest, annual, folk parade in the U.S. didn't officially happen in 2021 after the city canceled all large events and public gatherings due to the COVID-19 pandemic. However, an unauthorized version of the event did take place in South Philly as some mummers strutted in protest of the city's restrictions.

The last city-sanctioned parade happened in January 2020, just two months before the onset of the public health crisis. The event, however, was mired in controversy after two members of the Froggy Carr club were spotted wearing blackface.

The incident led to the South Philly wench brigade being banned from the competition portion of the event and a strong condemnation from Mayor Jim Kenney, who went as far as to threaten that the parade be permanently dissolved.

Since then, mummers leaders have met with city officials to put procedures in place to prevent future incidents and improve the parade. The two men who wore blackface in 2020 were subsequently banned from ever marching in the parade again.

The mummers have been strutting on New Years Day for 122 years. The parade typically brings out more than 20,000 spectators and as many as 10,000 mummers dressed in lavish, colorful costumes.

Here is everything that you need to know about the 2022 Mummers Parade, whether you're attending in person or watching from home.

The Mummers Parade will begin at 9 a.m. Sunday, Jan. 2, outside City Hall at 15th and Market streets. The mummers will then strut around City Hall and head south down Broad Street to Washington Avenue.

The parade starts with the Fancy Division, followed by the Wenches, Comics and String Bands. The Fancy Brigades will round out the groups.

These are the six spots where the mummers clubs will perform and be judged along the route.

The parade should conclude around 6 p.m. After that many of the mummers will make their way to South Second Street, where many of the mummers clubhouses are located, and the festivities will continue, less formally in an event known as the Two Street parade.

Tickets bought online will need to be either be mailed out or picked up at the Independence Visitor Center. Attendees must have physical tickets in order to enter the Convention Center. Electronic tickets will not be accepted. 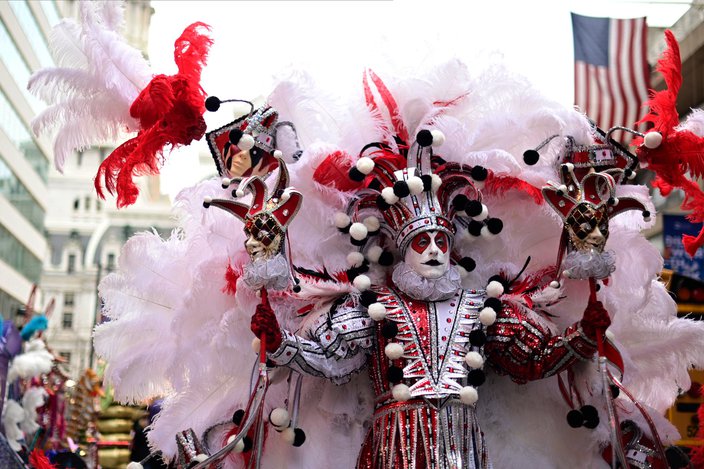 Weather will be mild Sunday with slight chance of rain

Below is the forecast for New Year's Eve and New Year's Day in Philadelphia. Be sure to have a rain jacket or an umbrella if attending the parade in-person, according to the National Weather Service's forecast.

Everyone going to the 2022 Mummers Parade must wear a face mask along the parade route, regardless of their vaccination statuses, according to Philadelphia's COVID-19 protocols. Masks onlt can be removed when eating or drinking.

People are encouraged to stay socially distance from other spectators not in their group. Stay home if you're not feeling well or experiencing symptoms of COVID-19.

How to watch the mummers at home

The 2022 Mummers Parade will be broadcast on PHL17 and it also can be streams online via PHL17's website. Coverage begins at 8 a.m.

Getting to the parade via SEPTA

Many roads in and around the parade route will be shut down, so those attending the 2022 Mummers Parade are advised to take public transportation.

SEPTA buses, trains, subways and trolleys will operate on a Sunday schedule. Riders are strongly encouraged to use the Market-Frankford and Broad Street lines to access the parade area. 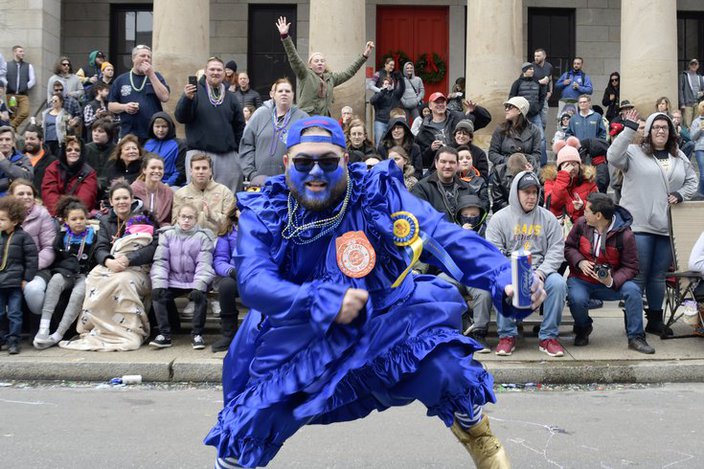 Parking is prohibited from 6 p.m. on Dec. 27 through 6 p.m. on Jan. 2 on the east side of 15th Street from John F. Kennedy Boulevard to South Penn Square.

Two eastbound lanes on 15th Street will be closed from John F. Kennedy Boulevard to South Penn Square from 7 a.m. on Dec. 28 through 7 a.m. on Jan. 2 for equipment load-in and staging. All of 15th Street may be closed for short intervals during this time.

Parking is prohibited from 6 p.m. on Dec. 29 through 6 p.m. on Jan. 2 on the west side of 15th Street from Arch Street to Ranstead Street. No street or sidewalk vendors will be allowed to park in the area during that time.

15th Street will be closed to southbound traffic at John F. Kennedy Boulevard from 10 a.m. to 12 p.m. for equipment setup and delivery.

The following streets will be closed to vehicles from 3 a.m. Sunday until the 2022 Mummers Parade finishes. Also no vehicles will be able to cross Broad Street while the parade is in progress. Those driving should expect delays, use alternate routes and avoid the parade area. Drivers should also refrain from double-parking: 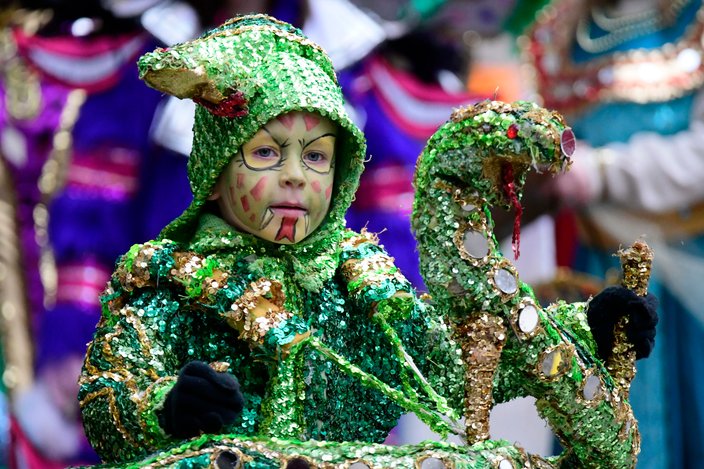 How to get a good view of the parade

Those attending the Mummers Parade are encouraged to arrive early in order to get a good spot to watch. The event is free to attend, but bleacher seating tickets are available for $20. Tickets can be purchased at the Independence Visitor Center or online.

Tickets can either be mailed out or picked up at the Independence Visitor Center. Attendees must have physical tickets in order to be seated in the bleachers. Electronic tickets will not be accepted.

Bathrooms will be available along the parade route too.