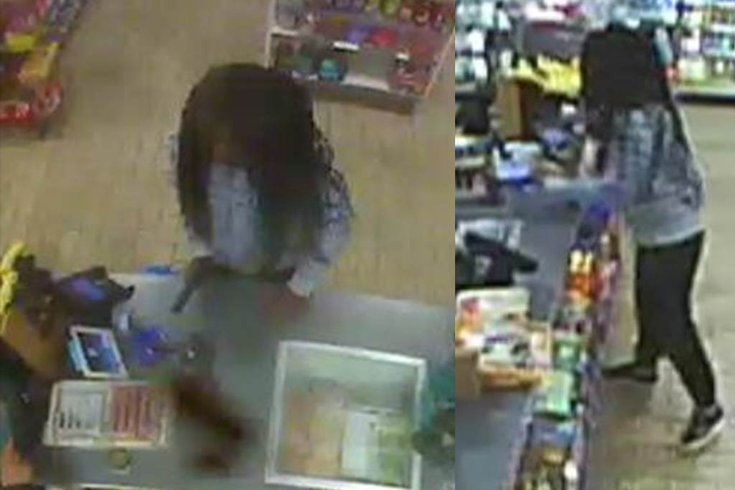 Abington police issued these images from surveillance video of the suspect wanted in Monday night's armed robbery at the 7-Eleven story in North Hills.

Just weeks after a clerk was shot in an armed robbery at a 7-Eleven store in Abington Township, the same store was robbed again Monday night.

About 10:50 p.m. Monday, a 53-year-old male clerk was cleaning in the hot foods section of the store at 2869 Limekiln Pike in North Hills when a black male pointed a handgun at the clerk and and demanded he "Open!" the register, according to Abington police.

The suspect made off with an undetermined amount of money and fled on foot, police said. A K-9 search tracked the suspect north on Cricket Avenue. In the 400 block of Cricket, police located the black dreadlocks wig and long-sleeved shirt worn by the suspect.

The suspect was described a black male with a dark complexion, 5-foot-9, with a small, thin mustache. He pointed a black, semi-automatic handgun with a long barrel at the clerk.

Three other customers were in the 7-Eleven store at the time but none realized a robbery was underway, police said. Only one of them recalled seeing the subject at all. There were no injuries and no shots were fired.

On April 5, a popular clerk at the convenience store was shot during a robbery overnight.

Lamar Kevin Sowell, 26, of Philadelphia, was taken into custody and charged with attempted homicide, four counts of robbery, firearms violations and other related charges and is currently awaiting his arraignment.

Sowell is accused of shooting the 67-year-old clerk in the leg, and then firing at him again and missing.

The clerk was admitted to Abington Memorial Hospital for treatment of his injuries. The community rallied in his support and held a May 15 fundraiser to help him during his recovery.

Police allege it was the second time Sowell robbed the 7-Eleven in North Hills. On Dec. 9, 2015, at 2:47 a.m., an armed man dressed the same robbed the store, police said. In addition, Abington police discovered that police in Cheltenham Township were investigating two other armed robberies where the suspect fit the same description.

Anyone with information about the latest incident is asked to call Abington police at 267-536-1100 – Option #3.