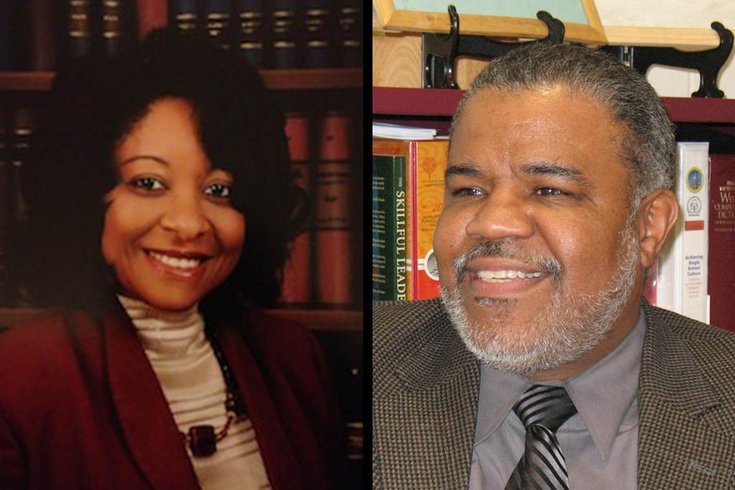 Among the winners of the 2016 Lindback Award for Distinguished Principal Leadership are Dr. Toni Damon, principal at Murrell Dobbins Career and Technical High School, and James Williams, principal at Kensington Health Sciences Academy.

Seven Philadelphia school principals will be honored Tuesday afternoon for their outstanding leadership.

The educators will be awarded the Lindback Award for Distinguished Principal Leadership during a ceremony at the Prince Music Theater, the district announced.

“The Lindback Award recognizes stellar achievements by principals across Philadelphia that benefit students, faculty and staff members,” said Dr. William R. Hite, superintendent, in a statement. “With hard work, dedication and creativity, our school leaders give their very best each day. We are grateful for their example and celebrate their accomplishments.”

The award, presented by the Christian R. and Mary F. Lindback Foundation, recognizes principals who have made significant leadership and humanitarian contributions to their schools and communities. The award includes a $20,000 stipend to benefit each school community.

The district provided the following biographical information about each of the 2016 winners:

Dr. Carolyn Allen-Glass is in her third school year as principal of Morton Elementary. She joined the school district in 1985, starting at Kearney Elementary as a special education liaison. Over the last few years, she has focused on improving the school’s culture, enhancing parental support and working with community partners. Allen-Glass also served as an assistant principal at Russell Conwell Middle School.

Stacey Burnley joined the school district in 1998 and has served as principal of E.M. Stanton Elementary since 2011. Last year, Stanton was recognized by former U.S. Secretary of Education Arne Duncan for its successful community partnerships despite budgetary and staffing constraints. The school’s partners include the Rendell Center and Children’s Literacy Initiative. Burnley has also served at Roosevelt Middle School and Furness High School.

Connie Carnivale has served as principal of H.A. Brown Academics Plus Elementary since 2012. Under her leadership, daily student attendance has improved, parental involvement has increased and the student government has become more active. Community partners include Friends of H.A. Brown, Philadelphia Museum of Art, Franklin Institute, Temple University, Comcast, OIC of Philadelphia and Visitation Church.

Karen Dean, a 28-year district veteran, is in her fifth year as Lankenau High School principal. For two consecutive years, Lankenau has received the “distinguished” designation for Title I schools by the Pennsylvania Department of Education. The school also received a $50,000 state innovation grant. Dean is a Philadelphia native who attended the Philadelphia High School for Girls, Leeds Middle School and Pennypacker and Cassidy elementary schools.

Brianna Dunn has served as principal of Waring Elementary since 2008. Her experience includes serving as dean of students, special education teacher and special education liaison at McMichael Elementary. Through several community partners, Waring has maintained a full art and music program and several extracurricular activities despite budget constraints. Waring also offers a coding class for third- through eighth-graders in collaboration with Comcast.

James Williams, principal of Kensington Health Sciences Academy since 2008, has worked for the district for more than 20 years. He is credited with changing the school’s mission to reflect high expectations and the labor market demands in health professions, including dentistry and pharmacy. Kensington HSA has the first high school pharmacy technician program in the state. Last year, more than 80 percent of students were accepted to two- and four-year colleges and universities, more than double the rate of its predecessor, Kensington Culinary Arts.