Summer is far from over, and these solid venues still have plenty to offer along the waterfront 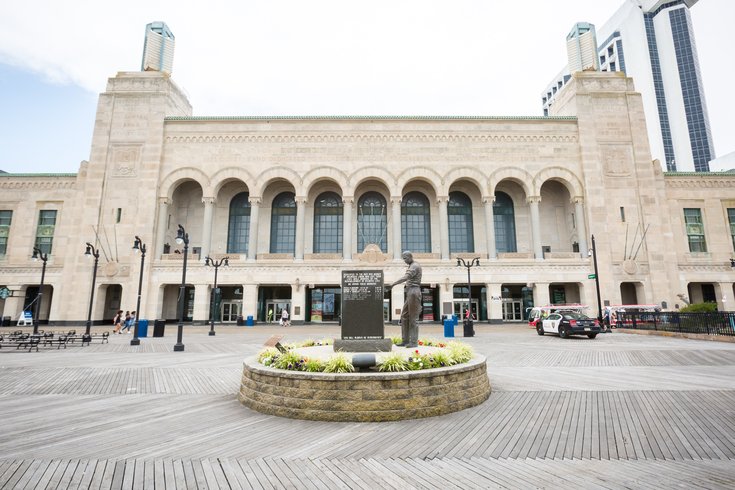 Summer has that scary way of slipping by as soon as it starts. You make a few weekend plans in an ambitious burst, but then the months whiz past and it’s over. Thankfully, it’s not too late to change course and double down with some concrete, let’s-really-do-it summer moves. Besides grilling in the back yard and unencumbered lounging, one of the best, time-honored summer traditions involves live music—ideally somewhere outside, and if you’re lucky (or determined enough), maybe even on the beach.

RELATED READS: 5 ways to get your watermelon fix in Philly this summer | Haddon Township lot to transform into pop-up beer, wine, cocktail garden | Where to watch outdoor movies for free this summer

While many of us are already flocking down the shore like it’s a regularly-scheduled weekend pilgrimage, we’re also probably missing out on the many summer concerts that could accompany these relaxing (and/or debaucherous) sunbathing trips. With that in mind, we’ve gathered up some of the best spots to catch live music down the shore this summer, and even listed a few can’t-miss shows that should be on your radar.

Ranked in no order other than top to down, check out our list of the best places to catch some live music on the Jersey Shore this summer. 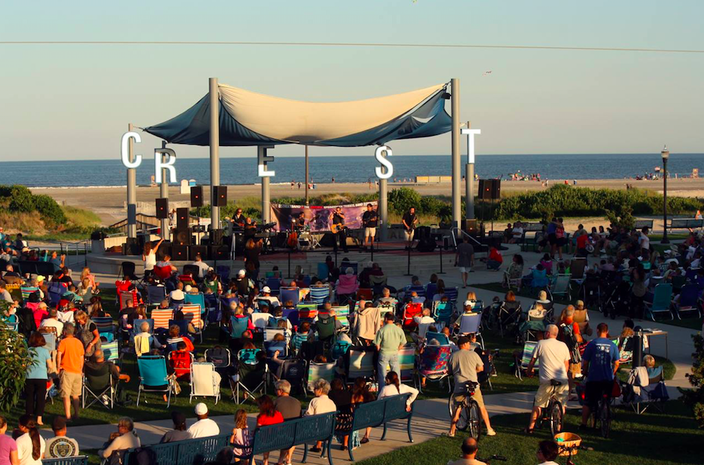 In addition to its summer concert series, throughout the month of August, Wildwood Crest offers a number of outdoor fitness classes.

Aimed at the picnic-toting family crowds, the Wildwood Crest Summer Music Series kicked off in May and persists through September. With shows twice a week—Wednesday and Saturday evenings—this pier-bound string of concerts corrals cover bands and old-timey listings for reliably easy-going fun.

The Stone Pony, a nondescript venue that’s lived on the Asbury Park boardwalk since the 1960s in various forms, is tied up in the lore of the blue collar New Jersey music scene. Bruce Springsteen and Jon Bon Jovi graced the stage before their names were shore-town royalty, and the bar remains a haven for both visiting big names and local up-and-comers alike.

Over the summer, the famed venue attracts larger, outdoor crowds with the addition of the Stone Pony Summer Stage, a series of shows that will invite bands like 311 and Primus out into the heat over the next few months.

In case you haven’t been keeping track, the rules at Seaside Heights Boardwalk got a makeover for the 2017 beach season. The upshot? There are some new guidelines that discourage rawkus beach parties in favor of a more family friendly vibe. In keeping with that direction, this summer a beach concert series will once a week host tribute bands that nod to the likes of Billy Joel, The Grateful Dead, Elton John, and more. 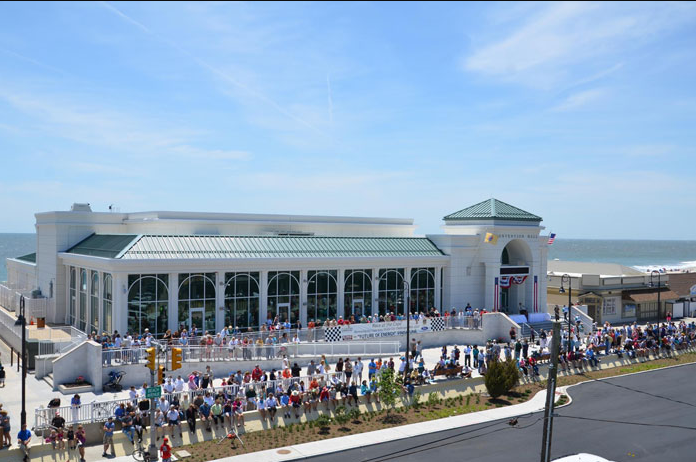 Cape May's Convention Hall is a 20,000 sq. ft. facility located on Cape May's beachfront and is home to performing arts concerts for up to 1,000 people; and seminars, weddings, and banquets for up to 600 people.

Fixed to the Cape May beachfront, this 20,000 square foot venue hosts a steady stream of well-programmed music through the year. The summer shows range from weekly karaoke and acoustic jams to higher profile listings like Arlo Guthrie, who stops by with his youngest daughter, and the folk singer Sarah Lee Guthrie, later this month. 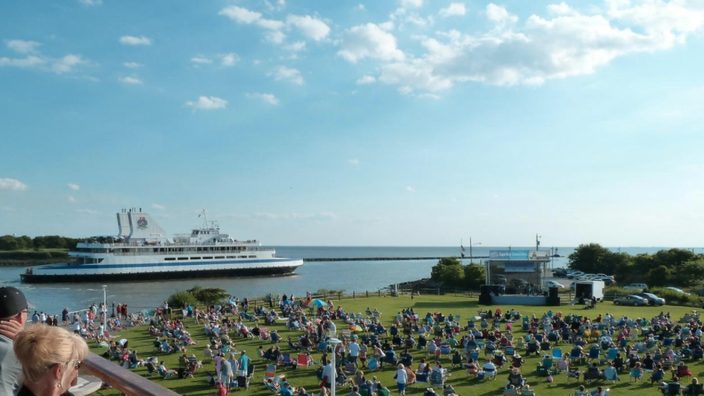 If the family-friendly schedule at the Convention Hall doesn’t entice you, a summer-long concert series at the Cape May Ferry Terminal Green might be the ticket. We’re not talking big names here—no U2 or The Boss—but you can’t beat free and low-key. A reliable Wednesday evening option for your Shore-bound summers – make sure to bring along your lawn chairs (or a picnic blanket) when you gather up the troops to see tribute bands like the Glimmer Twins (Rolling Stones) or Danny V’s 52nd St. Band (Billy Joel). 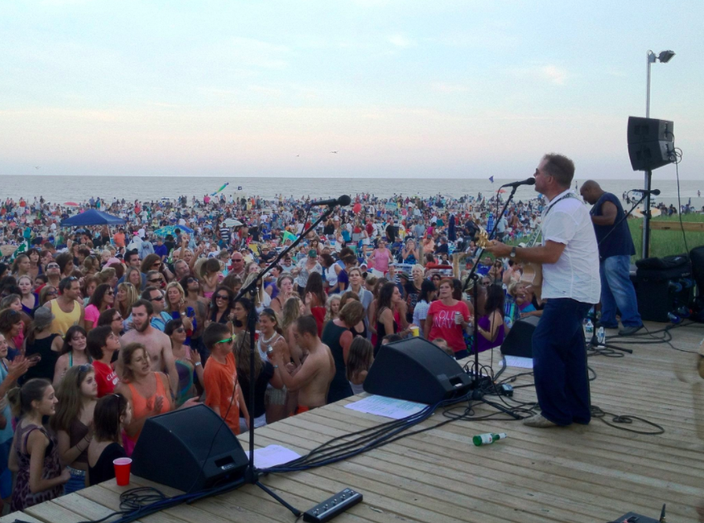 Sandy Hook is comprised of seven miles of spectacular ocean and bay beaches that are excellent for surf casting, swimming, and relaxing on the sand. Nature lovers will revel in the 300–plus species of migratory birds, as well as the pristine holly forest.

A go-to hangout for the beach-hungry outdoors crowd, Sandy Hook is also home to a weekly concert series that runs from June to August on Wednesday nights. With the stage growing right out of the beachfront, you’ll be able to catch party-friendly jam bands like the Motown-nodding Motor City Revue as the waves roll in at your heels. One thing to keep in mind: don’t bring glass bottles (or anything else) on the beach. That’s a major no-no. Read up on the full summer schedule here and check back on the day of a show for news on rain delays. 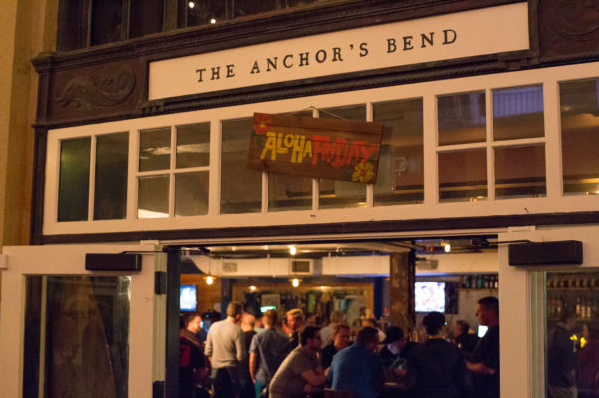 The Anchor’s Bend, located in the Grand Arcade at Asbury Park’s Convention Hall, is an oceanfront bar and grill serving food, drink and offering up live music on weekends.

Yet another Asbury Park go-to, the beach at Anchor’s Bend hosts a summer-long string of shows appropriately dubbed Jams on the Sand. A weekly rain or shine Thursday night event, this summer’s visiting bands include outfits like Hayley Jane & The Primates, Start Making Sense, and more.

Brad Paisley’s gargantuan Weekend Warrior tour lands in Holmdel fittingly on a late-summer Friday. Paisley, the West Virginia borne country star who has conquered country radio and the mainstream alike over the last two decades, upped the ante on his just-released eleventh album “Love and War.” With a supporting roster of ascendant country stars in tow, the tourstop will be a surefire way of kicking off an August weekend.

The Austin singer and guitarist Gary Clark Jr. has crept into the national conscious over the last few years. If you had your ear to the ground, you will have heard or seen Clark’s magnificent blue guitar style on stage with legends like Eric Clapton and B.B. King, but more recently, he’s stepped out as a bonafide star unto himself. Case in point? Clark stars in his own national ad campaigns, rubs shoulders with Beyonce, and stars in movies now. This summer, you can spot him briefly in Asbury Park at the beloved Stone Pony venue.

By the time Paul McCartney swings by the Prudential Center at the end of the summer for a two-night stay, he’ll have turned 76-years old. Yet somehow, the former Beatle has trudged forward over the decades without compromising an ounce of showmanship. (He recently admitted that he no longer has even a sip a wine before a show, lest he forget his own lyrics.) But there’s something almost wistful about this ongoing blockbuster tour, maybe it’s that it might well be his last of this size. For the Jersey crowd, McCartney is playing at a monster-sized venue he’s never visited before, so he’ll no doubt pull out the stops and break out the familiar hits.