10 ways to get your watermelon fix in Philly this summer

Watermelon is the ultimate summer food 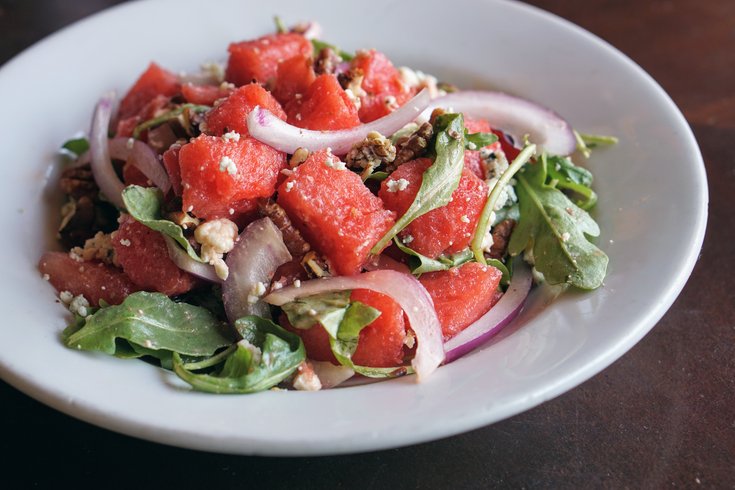 Taproom on 19th is celebrating National Watermelon Day with a new salad.

Watermelon is the ultimate summer food. It's refreshing, it's juicy, and it's easy to add to numerous dishes and drinks.

This summer, get your watermelon fix at one of the local spots below. There are salads, cocktails and ceviche to try.

The drink is made with hand-muddled watermelon, cucumber-infused vodka and fresh sour mix, then garnished with frozen watermelon cubes.

Devil's Den is throwing a National Watermelon Day party from 5 p.m. to 11 p.m.

Dine on watermelon specials, like a new salad made with watermelon, arugula, sea salt and cotija cheese.

There will be boozy watermelon popsicles and a watermelon mimosa, too.

Summer Salad at The Twisted Tail

This salad will be served during brunch, lunch and dinner at The Twisted Tail.

It's made with fresh watermelon and heirloom tomatoes with a Parmesan vinaigrette.

Soak up the sun at the outdoor bar at Morgan's Pier while sipping on a Watermelon Ricky. The drink is made with 21st Amendment Ale and watermelon puree.

On Thursday, Aug. 3, at 5 p.m., the Great Greased Watermelon Race will take place on the bar's patio. The race/obstacle course will be supplemented with watermelon-themed beers from 21st Amendment, Terrapin and more.

Bridget Foy’s celebrates summer with the return of the Watermelon Mint Collins. This seasonal twist on the standard Tom Collins is made with a vodka or gin base, juicy watermelon, mint and lemon, then topped with club soda.

The Waterloo at The Cambridge

Try the new Waterloo cocktail, which is made with Plymouth Gin, Campari, lemon juice and fresh watermelon.

The dish is made with fresh watermelon, bleu cheese crumbles, red onion and toasted pecans.

It will be available all weekend but will be discounted on Thursday, Aug. 3.