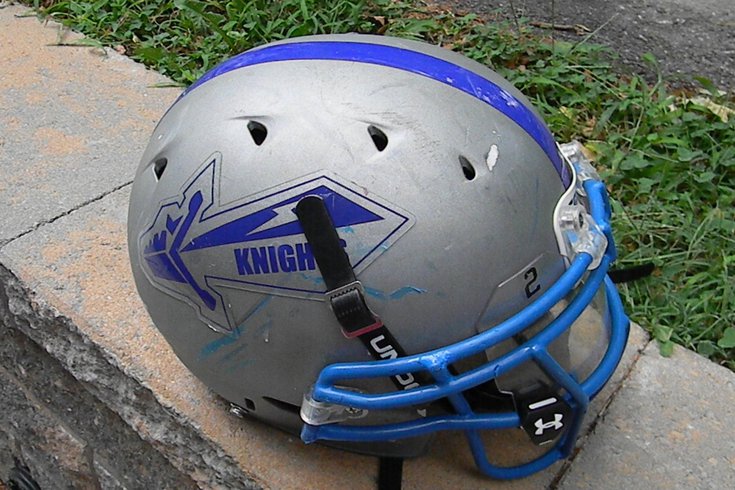 Chichester High School canceled its football game against Academy Park High School on Monday, Sept. 20, 2021, citing security reasons. Academy Park initially had postponed the Sept. 17 game after threats of violence surfaced less than a month after 8-year-old Fanta Bility was killed in a shooting outside the Knights' season opener.

The Chichester High School football team did not take Apichella Field on Monday night for a postponed game against Academy Park High School due to concerns for the safety of its players and fans, according to a report from the Delco Times.

Academy Park originally had been scheduled to host the game Friday in Sharon Hill, but the game was postponed when threats of violence on Academy Park grounds prompted a districtwide cancellation of extracurricular events. The threats were made less than a month after 8-year-old Fanta Bility was killed and several others were injured in a shooting outside of the Knights' season opener, although authorities have not said if the threats were connected.

A source familiar with Chichester's decision to not play Academy Park told the Delco Times that school officials were worried they couldn't obtain security from township police for the game. Instead, the Eagles scheduled a junior varsity game against Marple Newtown, which prompted frustrated tweets from the Knights' now-deactivated Twitter account.

"Chi JV will host Marple tonight, but not Academy Park?!? Shameful," one tweet read, according to the Delco Times.

"Forward questions to @Chi_Athletics," someone affiliated with the team wrote in another. "Academy Park was prepared to play."

And finally, "This isn't fair to your players or ours."

Bility was one of four people hit by gunfire near the main entrance to Knight Park during Academy Park's season opener against Pennsbury on Aug. 27. After a preliminary investigation, Delaware County District Attorney Jack Stollsteimer said Bility, her 13-year-old sister and two others were likely shot by Sharon Hill police officers who discharged their weapons after at least one shot was fired in their direction by a group of suspects who remain at large.

Police initially took three people into custody in connection with the shooting, but they have since been released.

"Our investigation is still in its early stages and we have a lot more work to do. I am asking again for the community's help in identifying all the individuals involved in the altercation and the gunfire on Coates Street that led to this tragedy," Stollsteimer said in early September. "My staff and I grieve for the Bility family … as well as the other victims. My promise to them and to the Sharon Hill community is that we will continue this investigation for as long as it takes until every question is answered and justice is done."

Last Thursday, state Sen. Anthony Hardy Williams, members of Bility's family and others gathered outside the Knights' stadium to urge Stollsteimer and investigators to quickly and transparently complete their probe into the 8-year-old's death.

"We have to be able to justify why a police officer, or anyone else, shot into a crowd of Black and brown children," said Sheila Carter, a former police officer and president of the Darby area chapter of the NAACP, according to the Inquirer.

"We need to know why this happened in our community," Carter added. "We do not, after three weeks, need to ask the question: 'Why do we still not know?'"

According to the Delco Times, Academy Park is currently declaring the football game canceled but could have the right to declare a forfeit win because it was originally scheduled to host the matchup. The Knights, who are 3-0 on the season, next play Friday against Sun Valley High School in a game that was moved to the Griffins' field in Aston due to safety concerns.