Osvaldo 'Willie' Pedraza and Victor Pedraza, wanted in the death of Isidro Cortez, remain at large, according to authorities 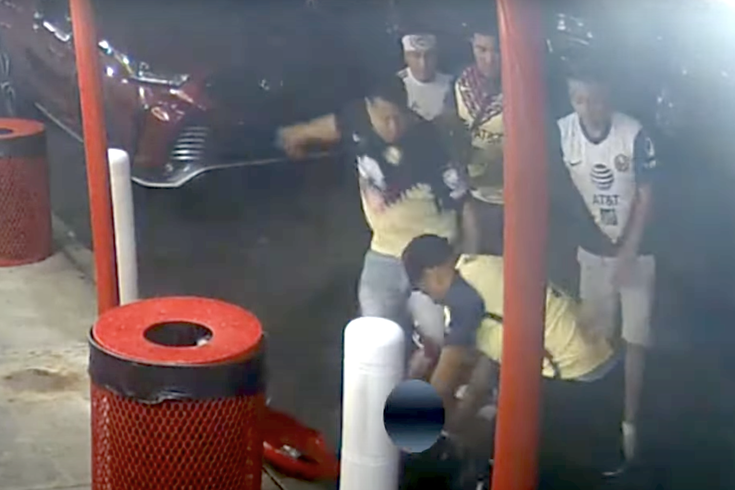 Isidro Cortez, 28, of New York, was beaten to death outside Pat's Steaks early Thursday, Sept. 16, 2021. The fatal attack was captured on surveillance video, along with assaults on two other men, who have been identified as Cortez's father and a friend.

Two Philadelphia men accused of beating a 28-year-old New York man to death and assaulting two others at Pat's King of Steaks last week have turned themselves in to police.

Omar Arce, 32, and Jose Alberto Flores-Huerta, 33, have been charged with murder in the death of Isidro Cortez of Queens, according to the Philadelphia Police Department. Court documents show they also were charged with attempted murder, aggravated assault and related offenses.

Police are still looking for two other men wanted in Cortez's killing. Arrest warrants were issued Sunday for Osvaldo "Willie" Pedraza, 34, and Victor Pedraza 32, both of Philadelphia. The men are believed to be brothers, according to NBC10.

Surveillance footage shows Cortez and two other men being punched and kicked in the outdoor seating area surrounding Pat's Steaks at Ninth Street and Passyunk Avenue in South Philly. The alleged attackers hit Cortez with a metal trash can lid and continued beating him and the other men after they were knocked to the ground, police said.

Cortez died at the scene. His 64-year-old father and another 28-year-old man, whom police identified as Cortez's friend, were also injured in the attack.

The four alleged attackers fled the area in two vehicles, police said. One is a small, possibly gray, four-door car that could be a Ford. It has damage to its rear, quarter panel on the righthand side. The other is a light colored Ford Explorer.

Detectives believe Cortez, his father and his friend, as well as their alleged attackers, attended the Philadelphia Union soccer match against Club América, a professional team from Mexico City, at Subaru Park in Chester on Wednesday night, just hours before the incident. According to police, the four alleged attackers were wearing yellow Club América jerseys.

Police are offering a $20,000 reward for any information that leads to the arrest of Osvaldo "Willie" Pedraza and Victor Pedraza and the conviction of the four men. Information can be submitted to police by calling or texting (215) 686-8477, completing the police department's online tip form or emailing tips@phillypolice.com.

A GoFundMe page created by Cortez's cousin to help their family cover funeral costs describes the 28-year-old as a passionate Club América fan who was "full of life, happiness and laughter."

"It breaks my heart to even type this as I am in disbelief of the situation," the cousin wrote. "(Isidro) will dearly be missed."