Adam Sandler, Drew Barrymore both spotted in Philly this weekend

The two celebrities were seen separately at Zahav and LOVE Park 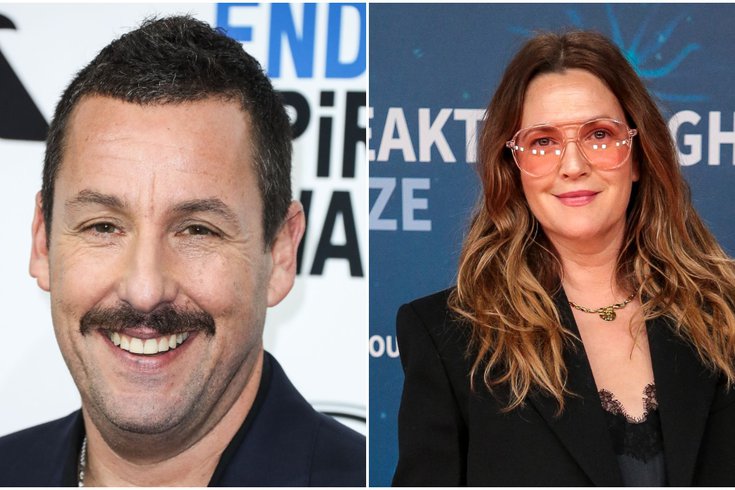 Adam Sandler and Drew Barrymore both spent some of their weekend in Philadelphia.

No, it doesn't appear that Philadelphia will be the setting of a sequel to "The Wedding Singer" or "50 First Dates."

But celebrities Adam Sandler and Drew Barrymore, who starred together in the aforementioned films, were each spotted separately across Philly this weekend.

MORE: Kevin Hart to appear as guest on upcoming season of 'Shark Tank'

Sandler dined out at the popular Israeli restaurant Zahav in Old City this weekend, according to owner Michael Solomonov's Instagram.

Barrymore was spotted Sunday in LOVE Park in Center City filming a "Drew's News" segment for "The Drew Barrymore Show." An enormous Geno's cheesesteak was featured on the set.

#DrewsNews pitstop in Philadelphia with @DrewBarrymore! Which city should we visit next? So excited for all the fun we’re gonna have in season two of @DrewBarrymoreTV (starts 9/13)! pic.twitter.com/ixKoaRZITw

Sandler's appearance at Zahav doesn't come as a surprise, as Philadelphia is the setting for Sandler's next film project called "Hustle."

Co-produced by the filmmaker's Happy Madison production company, "Hustle" stars Sandler as Stanley Beren, a struggling NBA scout who attempts to revive his career by bringing a troubled overseas prospect to the United States. The prospect is played by Memphis Grizzlies forward Juancho Hernangomez.

The film also stars Queen Latifah, Robert Duvall and Ben Foster, among others. Sixers like Tobias Harris, Seth Curry, Tyrese Maxey and Matisse Thybulle, as well as head coach Doc Rivers, are all expected to make cameos after being spotted with Sandler's film crew at a South Philly basketball court last week. Philly native and Miami Heat guard Kyle Lowry is expected to make an appearance, too.

Sandler and the "Hustle" production crew have been in the Delaware Valley a few times over the past year, filming at locations in Philly's Italian Market and Center City, as well as in surrounding areas including Chester, Coatesville and Camden. The movie's casting team held tryouts this summer at the 76ers Fieldhouse in Wilmington to find extras for basketball scenes.

"Hustle" will debut on Netflix. The film's release date remains unknown at this time.