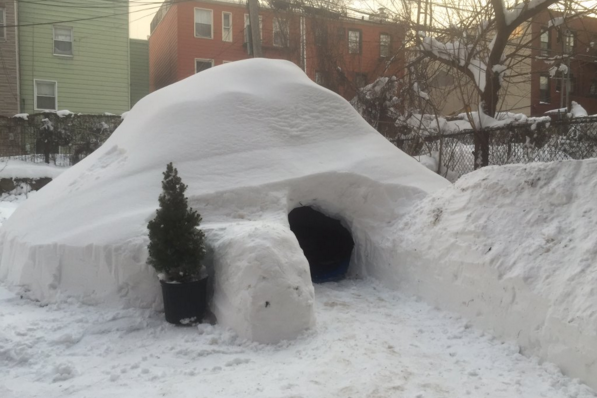 Airbnb has removed a listing posted Sunday that advertised an igloo in Brooklyn, ABC News reports.

In the listing, Twitter user Patrick M. Horton promised a "Boutique Winter Igloo for 2" at $200 a night. The post followed the weekend's historic blizzard that dumped almost 27 inches of snow in New York City.

Horton told ABC News he built the igloo with his roommates and that it took about six hours to construct.

"We are happy to see that you guys are staying busy and having fun during Blizpocalypse," an Airbnb rep wrote Horton. "Unfortunately, your igloo, while very well constructed, has failed to meet our occupancy standards and has been removed from search results."

Got shut down by @Airbnb for not meeting occupancy standards. Though they were nice enough to tell us that it looked very well constructed.

Horton said five people contacted him about renting the igloo.

Many Twitter users voiced their approval of his construction.

@patrickmhorton Your Airbnb ad completely made my Monday. Well done 😊👏🏼😂

@patrickmhorton the igloo is killer, however it's the small pine tree decór that truly won me over 🌲😂

Horton told ABC News he planned to post the igloo on Craiglist.