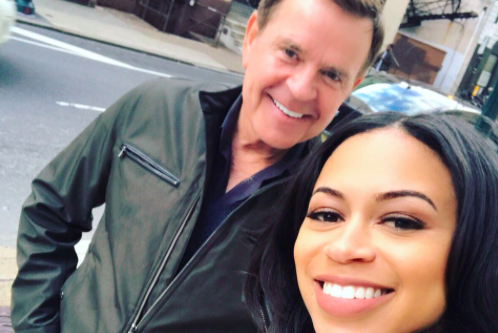 Holley had announced in mid-August she would leave the weekday morning news show for a few weeks to rest her voice, as per a doctor's recommendation. Apparently her hosting job was taking a toll on her vocal chords.

RELATED: What to listen to: Podcasts about sex, dating, ghosts, and criminals

In the interim, her co-host Mike Jerrick was joined by Karen Hepp, anchor and co-host of FOX29's early and 9 a.m. Good Day shows.

Holley didn't need surgery to correct the problem with her chords, just some old fashioned rest.

“I’ve decided to listen to my body and my doctors," she said via Twitter back in August. "So, I’m gonna be going off the show for a few weeks, like Mike (Jerrick) said, on vocal rest – but not just rest, but learning how to use my voice in a more healthy way.”

The anchor announced via Twitter on Friday that she would return to the show, but was met with a lot of surprised fans and "Good Day" devotees Monday morning.

Is there anything better than this sweet tweet??! Thank you! 💜 https://t.co/eEIcjhEIX0

I’m so happy that @AlexHolleyFOX29 is back. I missed her 😭😭