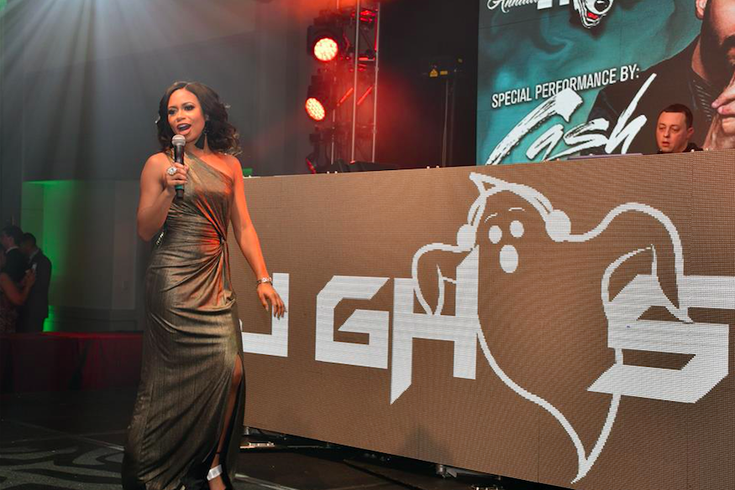 Fox29 News' "Good Day Philadelphia" co-anchor Alex Holley was Saturday night's host of the evening at the 24th annual Hair O' The Dog at the Hilton Hotel at Penn's Landing.

Alex Holley announced Friday morning she will be taking a break from Fox29’s morning show, Good Day Philadelphia, for a couple of weeks. She posted the video of her announcement to Twitter, writing, "The Dr. says I need to stop talking so much. So I’ll be off the show for a few weeks...gonna miss you guys but I’ll be back!"

Holley begins the announcement this morning with a heartfelt shoutout to the show’s viewers. She goes on to discuss how much she uses her voice for the job, adding, "It’s a lot of talking, and, apparently, it’s been pretty tough on my voice – so much so I’ve developed some vocal chord issues.”

She adds, “I’ve decided to listen to my body and my doctors. So, I’m gonna be going off the show for a few weeks, like Mike [Jerrick] said, on vocal rest – but not just rest, but learning how to use my voice in a more healthy way.”

Fortunately, Holley does not need surgery, she adds in a tweet, “Doing this, so I hopefully won’t have to go that far.”

She said she is sad to leave the show, even if it is only for a brief couple of weeks, but she ended on a positive note by saying, “Hopefully, doing it now will mean later I will just be talking forever.”

Holley mentioned in an email to PhillyVoice that she will be staying connected to the viewers and fans through her social media accounts.

The Dr. says I need to stop talking so much. 🤫
So I’ll be off the show for a few weeks....gonna miss you guys but I’ll be back!
(you know I can’t stay quiet for long lol) #VocalRest pic.twitter.com/yqrN01YH3z