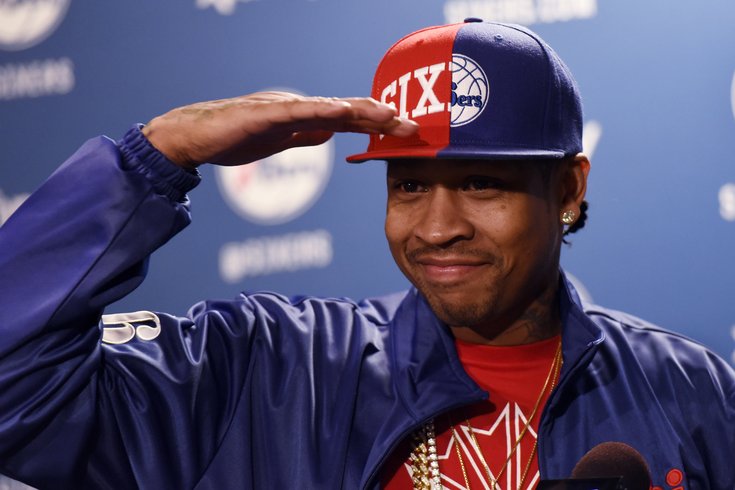 Former Philadelphia 76ers guard Allen Iverson talks to reporters during a news conference in April after being voted into the Basketball Hall of Fame.

A portion of the game's proceeds will go to the Police Athletic League of Philadelphia and Iverson's iChooseLife Foundation, which was created to show the "importance of learning how to experience life the right way."

The game is touted as an evening of basketball played by Iverson and his "celebrity friends from the sports and entertainment world." Another 76ers all-timer, Julius Erving, will be participating, but names of the celebrities expected to attend had not been released.

#Drj #JuliusErving will be joining @alleniverson Friday for his AI Celebrity Summer Classic in Philly pic.twitter.com/MFazXxUkZ0

Tickets are still available and start at $15 for the game and $200 for the Thursday gala prior to the game at the Sheraton Philadelphia Society Hill Hotel.

Iverson was a simultaneously beloved and frustrating 6-foot-tall point guard for the 76ers for 12 seasons. He was the NBA Rookie of the Year in 1997 and MVP in 2001, the same season he led the Sixers to the NBA Finals. During the course of his 14-year NBA career, Iverson was an 11-time All-Star.

Here are some of his highlights:

But he may be as well known for this press conference rant about practice as anything he did on the court: