The brew, a New England-style IPA called "Dayman", will be available exclusively at Philly's Memphis Taproom 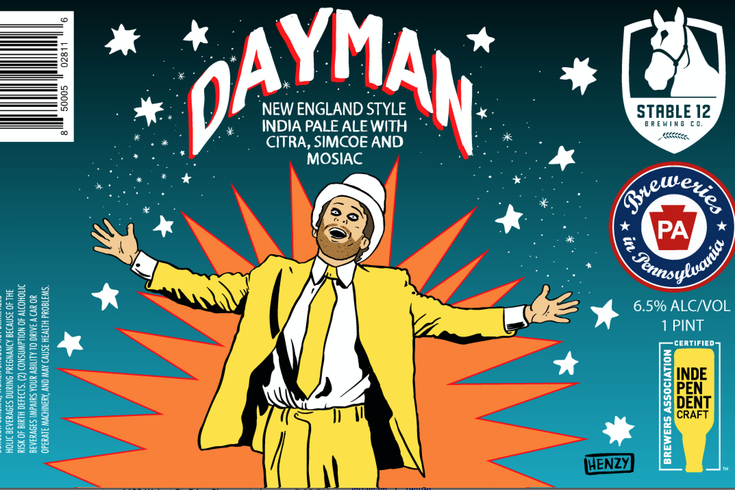 After a long time away from "It's Always Sunny In Philadelphia", the best way to ring in the debut of the show's 14th season is undoubtedly by enjoying a beer.

You could go with a classic low-shelf beer, in the Always Sunny gang, or you could head up to Memphis Taproom in Kensington, where Phoenexville brewery Stable 12 Brewing will have a beer called "Dayman" available for consumption, named after Charlie Kelly's greatest musical creation:

The beer, a New England-style IPA, will be available on Sept. 10 at Stable 12 Brewing's brewery in Phoenixville, and then will be exclusively available at Memphis Taproom starting Sept. 12. Drinkers will be able to get Dayman on tap, as well as in four-packs, both for in-house consumption and to-go.

Memphis Taproom will also be throwing an Always Sunny-themed party on Sept. 25, when the show's record-tying 14th season begins on FXX. The event begins at 7:20 p.m.

Personally, this feels like a home run. "Dayman" is one of the show's absolute highlights, and the beer itself is a high-ABV brew (6.5%) in the true spirit of the gang. The only way it could get better is if the watch party was in South Philly, where every Always Sunny watcher knows the gang belongs.

This very specific brew was organized by Breweries in PA, a promotion company which connects beer drinkers with craft breweries across the state.

In case you want a refresher on what to expect from the gang's upcoming shenanigans, you can watch the first Season 14 trailer right here.