Amateur artists get their day in the sun 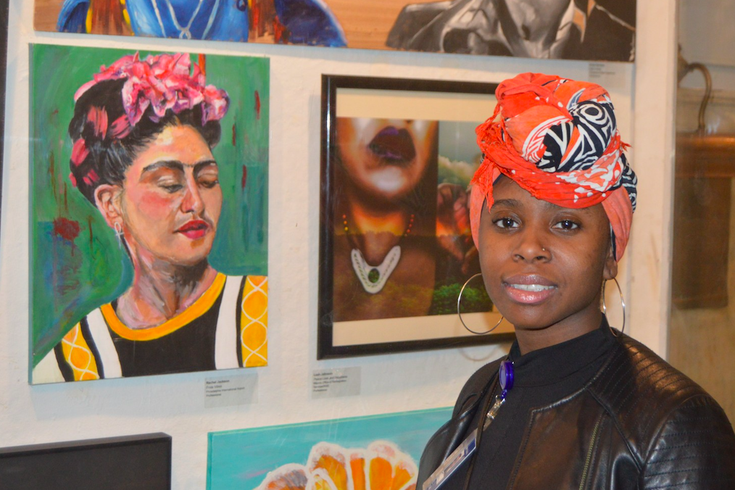 It was the first time she had shown any of her artwork outside of school – even though she was halfway to 30.

“I used to have a professor that said stop spending days sketching, put some paint on it. So I went for it,” she said.

Jackson, who works at the Eastwick airport, captured Frida Kahlo’s essence on one of the two acrylic paintings she submitted of the Mexican artist. 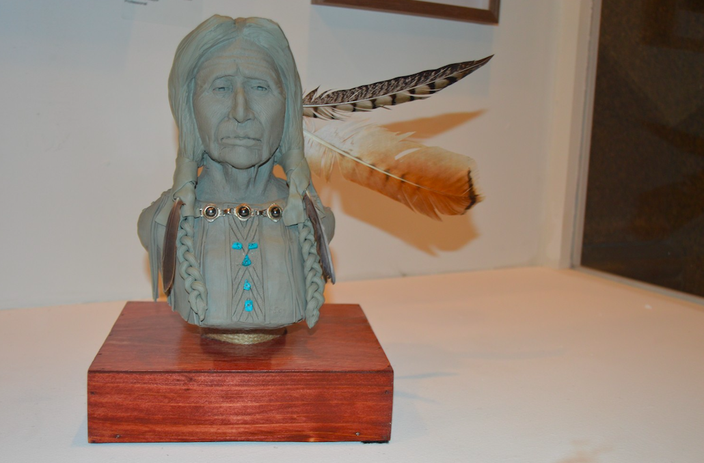 Wednesday marked the 17th annual celebration of the annual art exhibition put on by the city’s Office of Arts, Culture and the Creative Economy and the National Arts Program. Mayor Jim Kenney hosted the event, which showcased artwork by thousands of city employees and their families.

Yet Jackson had nothing to worry about as she found her paintings on display on the fourth floor of City Hall, next to some heavy competition.

RELATED LINKS: Contest offers couples a chance to win a free wedding at Kimmel Center | Bruce Springsteen's 1957 Chevy is up for sale on eBay | Drexel to get $150K grant to research impact of arts on long-term stress

A Drexel art school graduate, Jackson said she was “inspired by Kahlo because she’s a woman, and as a woman, we don’t feel secure. She was brilliant and had her own distinct struggles as a woman and artist.”

In one piece, she painted what she envisioned Kahlo to look like. In the other, she drew a sketch.

“We invite every employee in the city, said Jackie Szafara, Executive Director of the National Arts Program.

"There were a lot of police this year and we think it’s because we have 11,000 followers on Twitter and posted a photo of a policeman bringing in art and everyone else followed."

With approximately 150 pieces entered, their goal was to bring art forward and hung in public spaces. The reception and awards presentation honored art in multiple categories, from amateur to professional to youth under 12 years old, as well as a “Best in Show” selection, with cash prizes ranging from $25 to $300. 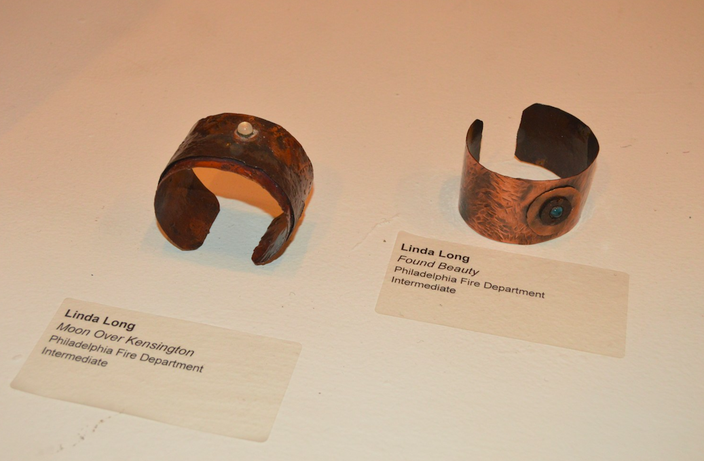 Another notable contestant was Lina Long, an amateur artist from the Philadelphia Fire Department, who “found a piece of metal in Kensington and made the moon over Kensington with copper, steel and moonstone,” she said.

“I make a lot of jewelry – mostly cuffs and mixed-medium art, metal, stones – whatever I find in Philadelphia,” she said.

“I made a piece for a friend, Joyce Craig, who died in a fire two years ago and would like to auction it off and all the money go to her kids.”

Eric Stukes from the Philadelphia Fire Department won first place for intermediate with his sculpture of Frederick Douglass.

“It was October 2015 and I was online and ran across a sculptor in Montana who made cowboys and Indians,” said Stukes.

“I thought, ‘I can do that.’ Bought me some clay and end of story.”