Bruce Springsteen's 1957 Chevy is up for sale on eBay 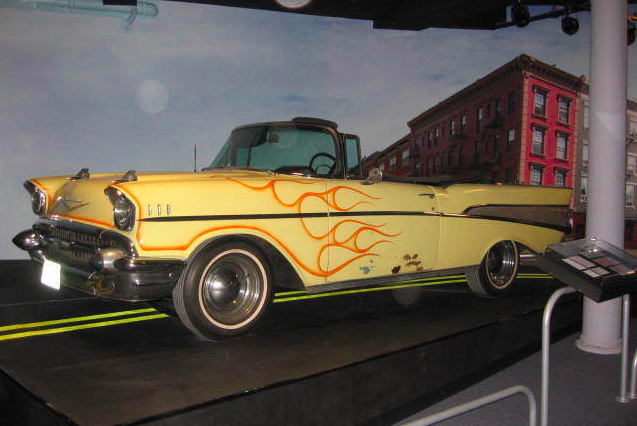 To be The Boss, you really just have to be The Boss. There's nothing beatable on that front except oneself. It would feel incredible to drive his old car, though, wouldn't it?

Maybe you can, yes you, if you have the cash on hand and a good mid-life crisis with a glory-dazed mind filled with seething wishes.

Bruce Spingsteen's 1957 Chevrolet Bel Air, the first car he ever owned, is up for sale on eBay.

Springsteen purchased the flame-detailed convertible in 1975, the beginning of his breakthrough period, when he was just 26 years old. He paid $2,000 for it, according to the seller, Blindedbythelight.com, a New York-based Springsteen exhibit.

A great deal of rock-and-roll history, and endless brags, await the eventual owner of this vehicle. Not only is it the birthplace of megahits like “Born To Run”, “Thunder Road” and “Backstreets,” it's also considered the "Ultimate Springsteen Collectible" by rock historian Charles R. Cross. 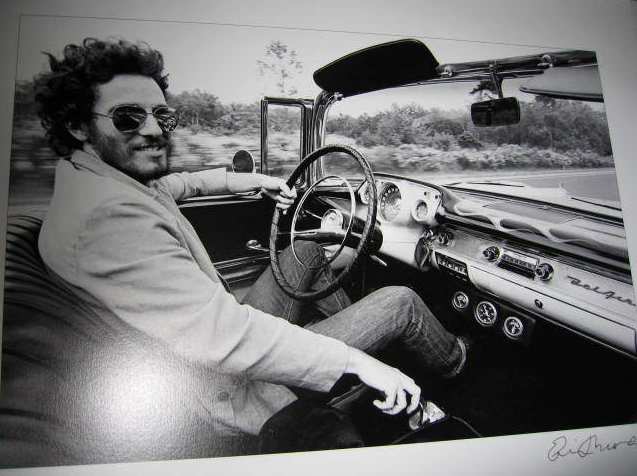 The yellow ride was featured on page 57 of both "Time" and "Newsweek" with the release of "Born to Run" in 1975. It later appeared on various promotional items wound up on the cover of "Playboy Magazine" in 1976.

The attention and swell of celebrity eventually became so great, legend has it, that Springsteen was forced to sell the car in favor of a black Corvette.

Skeptics have no reason to worry: the original vehicle registration, temporary insurance card and Allstate insurance card in Bruce’s name and address are all part of the package. As for the car's condition, all mechanical and electrical systems have been completely overhauled.

The car has had three owners after Springsteen, as well as stints in the Rock and Roll Hall of Fame in both New York City and Cleveland. While there, it was appraised and insured for $850,000.

With five days remaining in the eBay auction as of Wednesday, more than 31 bids had pushed the sale price over $100,000. This should be an interesting auction.