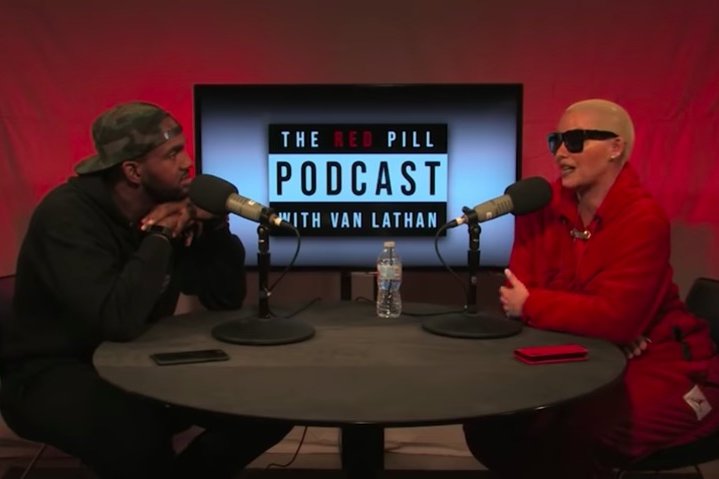 Amber Rose mentioned she tried to sell drugs while growing up in South Philly during an interview with the Red Pill Podcast.

Model and SlutWalk pioneer Amber Rose revealed in a recent interview that she once tried selling drugs in her South Philadelphia neighborhood before she was famous.

During a discussion on The Red Pill podcast, Rose spoke about the experience publicly for the first time, telling host Van Lathan that she attempted to sell crack as a way to support her mother and her family.

“I usually don’t tell people this, but I tried selling crack in my neighborhood,” Rose, 35, said during the episode. Despite this attempt, the drug dealers in her neighborhood said she's wasn't cut out for the job.

“They said I was gonna get robbed, I was a girl and I was too pretty, and it wasn’t going to happen,” she said.

Instead of selling, she told Lathan, she worked for the dealers by bagging and weighing crack rocks for them to sell.

"I know my mother has been through a lot in her life, and I know I'm the queen of the house right now. I need to do what I've got to do to survive right now," she said.

"Do I have to give you this story for you to understand? It's been nine years since I've been famous and I've never told that to nobody. I just feel like, yeah, I was a stripper, and, yeah, I did what the f*ck I had to do to feed my family."

You can check out the full interview below, where Rose also talks about raising a famous son, skyrocketing to fame as Kanye West's girlfriend, and her brand of feminism.